Why Norwegian's new cruise ships will be much smaller 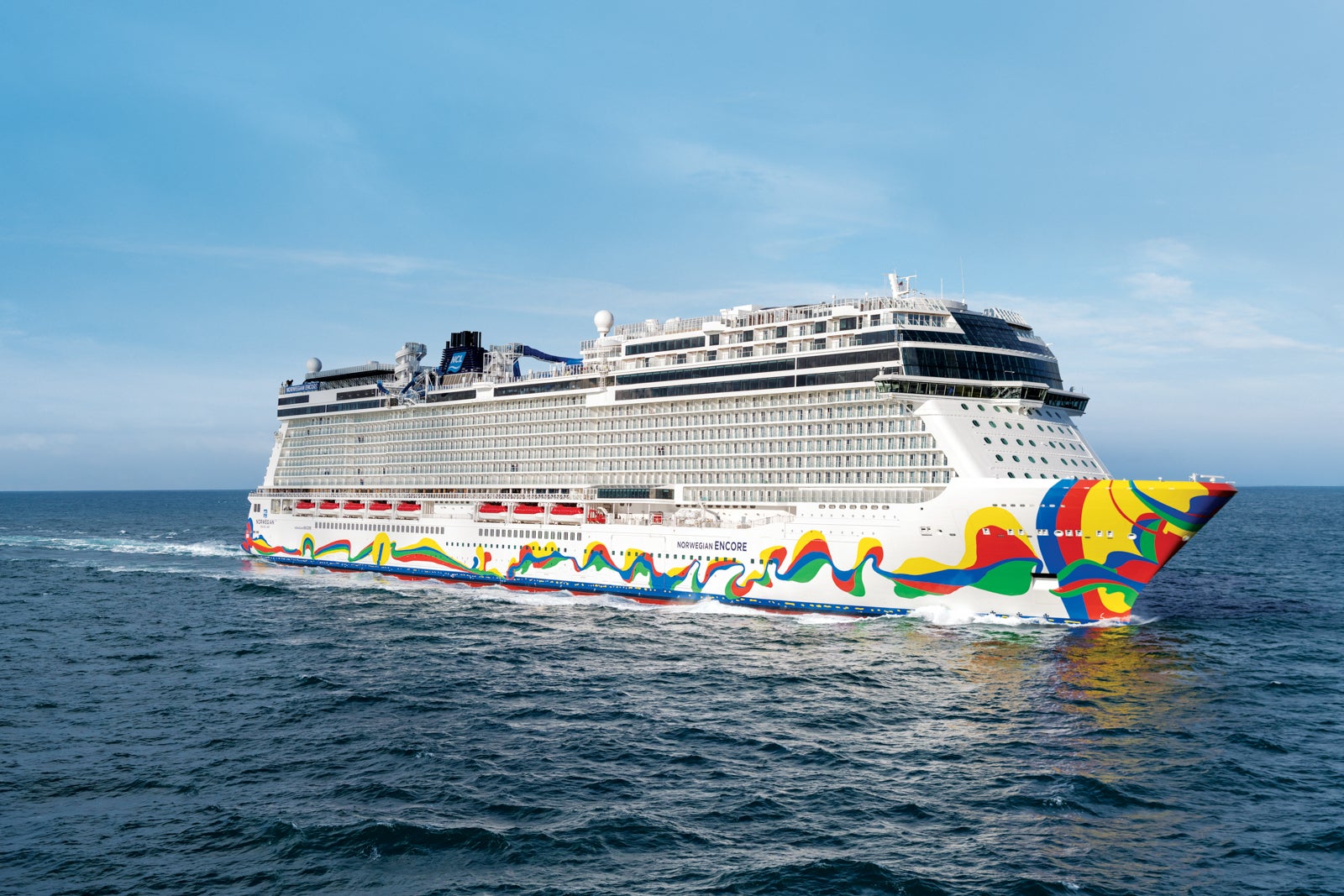 Why Norwegian's new cruise ships will be much smaller
This post contains references to products from one or more of our advertisers. We may receive compensation when you click on links to those products. Terms apply to the offers listed on this page. For an explanation of our Advertising Policy, visit this page.

Is the era of ever-bigger cruise ships finally coming to an end?

It is for at least one of the world’s biggest big-ship cruise operators, Norwegian Cruise Line. The Miami-based company just unveiled its largest ship ever, the 169,116-ton Norwegian Encore. But it’s the last hurrah for the line in the Big Ship Wars, at least for now.

Norwegian has no new vessels on order in the size range of Norwegian Encore, which ranks among the top 10 biggest passenger ships ever built. Instead, the 17-ship cruise operator is about to go smaller with its next vessels. Norwegian has ordered six new ships for delivery between 2022 and 2027 that will measure 140,000 tons — about 17% less bulky than Norwegian Encore.

It’s a major shift for a line that has been hitting the supersize button on its new ships since 2010, when it unveiled the 155,873-ton Norwegian Epic — at the time, the world’s sixth-largest cruise ship. But it’s the right move at this point in Norwegian’s expansion, says incoming president and CEO Harry Sommer.

“Bigger isn’t necessarily better,” Sommer told me during an exclusive interview on board Norwegian Encore in advance of its inaugural voyage out of Miami.

While mega-size ships like Norwegian Encore are hugely popular with vacationers and have great economies of scale, a line like Norwegian needs a range of ship sizes in its fleet, said Sommer.

Sommer ticks off several reasons, starting with the fact that the biggest mega-ships are restricted in where they can operate due to limitations in port infrastructure.

“We think about where this ship can actually go, and (the options are) not as varied as we would like,” said Sommer, who is taking the helm of Norwegian from current president and CEO Andy Stuart at the end of the month. “If I had 17 ships this size, we could not run the itineraries that we run today.”

Sommer cites Tampa, Florida and Sydney, Australia, as two places where the height of bridges limits the size of arrival vessels. Other factors that cruise lines must consider when contemplating bigger ships include the depth of the water and length of the piers at key ports as well as the size of turning basins (the space allocated at a port for ships to maneuver.) As ships get longer and sit deeper in the water, the number of off-limits ports increases.

Another factor driving Norwegian’s interest in smaller ships is that not every destination is eager to see the world’s biggest ships arriving. Sommer mentions Venice, Italy, as a place where big ships and the overtourism associated with them is a concern.

A third factor behind Norwegian’s interest in smaller ships is that there’s demand from vacationers. Some people just like smaller ships better. Sommer says it’s no different than in the airline business, where you get devotees of giant A380s and other people who prefer a smaller A350. In the cruise business, like any other business, it’s smart to have something for everyone.

The new Norwegian ships on order are being designed to carry about 3,300 passengers at double occupancy. As Sommer points out, that’s a size that is notably missing from Norwegian’s ship portfolio.

“It sort of fills a niche for us,” Sommer said. “We think having these four [ship sizes] allows us to have the maximum flexibility for our guests.”

Asked about the economics of going smaller, Sommer said he didn’t see a big difference in the expected returns from a 3,300-passenger ship versus a 4,000-passenger ship.

“I think you have to get below like 2,000 [passengers] for the economics to flip,” he said. That’s why, other than luxury operators, “you don’t see anyone building 1,500-passenger ships anymore.”

One difference with the new series of ships as compared to Norwegian’s recently added vessels is they likely will have fewer attractions on board.

The new ships will be “a little bit more intimate. But … there’s a certain group that appeals to.”

With its plans to add six smaller vessels in a row, Norwegian is bucking the trend in the industry, for the most part. The big news at industry giant Carnival has been the development of a new class of vessel that, at 180,000 tons, will be around 35% bigger than the biggest ships now in the Carnival fleet. The first of the series, to be called Mardi Gras, will debut in 2020. Costa Cruises, MSC Cruises and Princess Cruises also are developing new classes of bigger ships to begin debuting in 2021, 2022 and 2023, respectively, and Celebrity Cruises just began rolling out a new class of bigger ships.

One other major line, Royal Caribbean, is joining Norwegian in planning a new class of ships that are smaller than its biggest vessels. But in Royal Caribbean’s case, smaller is relative. Dubbed the Icon Class, the new Royal Caribbean ships will measure about 200,000 tons, which is less than the line’s record-breaking Oasis Class vessels, but still greater than every other passenger ship currently afloat.

Will any line ever top the Oasis Class in size? Sommer doesn’t rule it out.

“I am sure that, as long as there are lots of players, there will always be someone vying to have the largest cruise ship out there,” he said.

For now, at least, it just won’t be Norwegian.

Want to learn more about Norwegian? Make sure to subscribe to TPG’s flagship podcast, Talking Points, for an exclusive interview with the CEO and president of Norwegian Cruise Line, Andy Stuart. The episode releases on Wednesday, Dec. 4.