9 Things You Probably Don't Know About The Points Guy

Articles
Lori Zaino is a writer for TPG and TPG UK covering travel, news, points and miles and more. She's been based in Madrid, Spain almost 15 years and is an expert in travel throughout destinations such as Europe, Southeast Asia and Africa.
Follow
June 07, 2019
•
11 min read 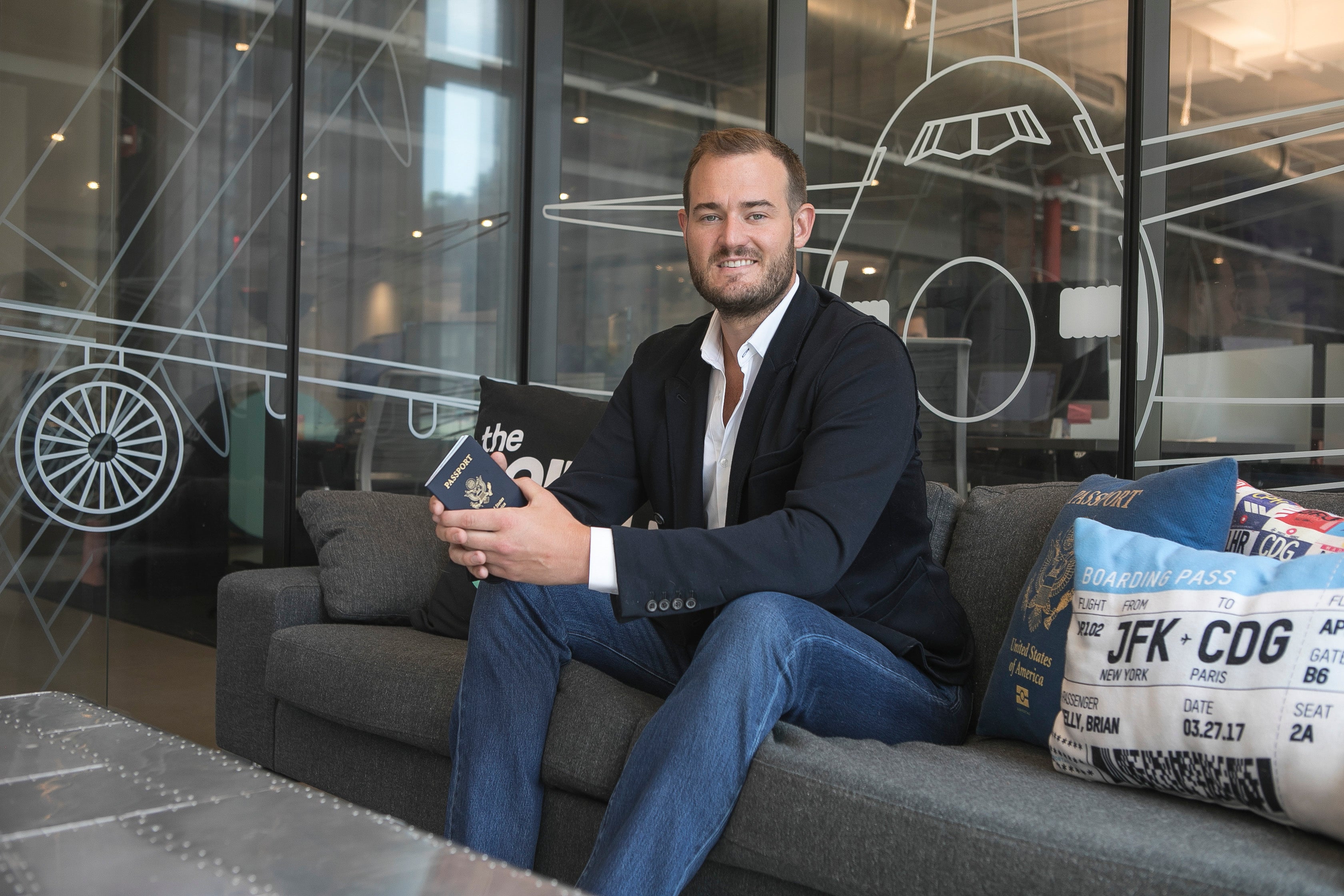 It's the nine-year anniversary of The Points Guy!

On this day, nine years ago, Brian Kelly wrote his very first blog post. But there's quite a lot that's happened between now and then.

First and foremost, we'd like to thank you, our readers. We wouldn't be here today if it weren't for you. And in honor of this special date, we're sharing nine things you may not know about The Points Guy — and the guy behind it all.

1. The Points Guy Has Over 1 Million Points

Brian Kelly, The Points Guy himself, has been accruing points and miles, since, well, age 12. To celebrate his new vlog channel and series, “Being The Points Guy,” Brian has tallied up just how many credit card points he has in his account at the moment. Keep in mind that TPG uses around eight cards for business expenses, earning an average of 4 points per dollar spent on purchases. During the time of filming, Kelly had 1.3 million American Express Membership Rewards points in his account, with an additional 1.8 million pending.

The vlog episode about TPG's points balance was just the first of many episodes going live every Tuesday and Thursday. Subscribe to find out all sorts of interesting points, miles and credit card tips, all while following Brian's adventures around the globe.

2. The Points Guy Started as a Google Form

His mini mileage travel agency was slowly growing in popularity when a friend suggested Brian also blog to help advertise his services. So, Kelly started writing a few posts a week and, in 2011, banks began approaching him to collaborate. Things were going along smoothly and then, The New York Times wrote an article about The Points Guy. The blog kept growing and growing, and nine years later, the website produces over 30 articles and features a day, as well as two podcasts, videos (including the vlog series) and social media content.

3. The Points Guy Is More Than Just One Guy

Although the Google Form was started by just Brian Kelly, once the blog took off, he needed some extra help. First, there was one, then there were two and then four employees. Presently, The Points Guy has over 60 full-time employees and countless freelancers based in New York City and around the globe.

4. And The Points Guy Is Actually Majority Women

Although the company was started by one guy, there are lots of women who help make the wheels turn. In fact, by our most recent count, the team is more than 52% women.

5. The Points Guy Is Making Moves

Although The Points Guy offices are currently located in New York City’s Gramercy neighborhood, there will soon be a brand new headquarters. The 23,000-square-foot office near Union Square, also in New York City, will be spread across two floors and also feature a rooftop. And, TPG moved just a little bit farther in April of 2019 — overseas! TPG UK has accumulated 300,000 readers since its launch and over 20,000 YouTube subscribers.

6. The 4 Points Pups Don't All Belong to The Points Guy

Miles, Hootie, Swisher and Charlie are the four Points Pups — French bulldogs who spent much of their time at the TPG offices when they aren’t jetsetting. Miles is the OG Points Pup who belongs to Brian Kelly, and then there's Hootie, who belongs to Kate O'Brien, the brand's director of business development. Swisher belongs to Becca Denenberg, the director of marketing and events, and Charlie, the newest and youngest addition to the pups, belongs to the former chief of staff, Adam Kotkin. The dogs inspired the TPG team to not only write more about traveling with pets, but also to hire a special Points Pups intern in 2018. The Points Pups intern traveled with the dogs and wrote many articles related to pet travel, as well as assisting with photoshoots and running The Points Pups Instagram account, which currently has a following of nearly 15,000.

Not only do we have fun TPG merchandise available for humans (Jetlagged AF hoodie, anyone?) but we also sell items for pets, such as the TPG Points Pup kit or doggie bowtie for your favorite furball.

At The Points Guy, we believe that travel is more than just visiting new places — it’s about inspiring change through education and action. Over the years, the team has donated time, money and, of course, points and miles (with help from generous readers) to some incredible organizations. In 2018 alone, TPG donated over $1 million dollars to charitable efforts. Some of the nonprofits TPG works with are Make-A-Wish Foundation, PeaceJam, Rainbow Railroad, GBOWEE Peace Foundation, Goalkeepers, UNICEF, Angel City Sports, Give Kids the World, A-Team Foundation, March for Our Lives and more.

On Jan. 15, 2009, US Airways Flight 1549 made a miraculous emergency landing on the Hudson River after it hit a flock of Canada geese and lost engine power. Captain Chesley “Sully” Sullenberger used his skills as a former glider pilot to land the Airbus A320 safely on the river with no power — and all of the 155 people on board survived.

In an entirely different chain of events, Bankrate acquired The Points Guy in 2012. In 2018, Red Ventures acquired Bankrate and The Points Guy, offering opportunities for the brand to grow and expand. The CEO of Red Ventures, Ric Elias, happened to be one of the passengers on Flight 1549.

Elias and Captain Sully hadn't seen each other since the terrifying incident on the Hudson. But they were reunited at the first annual TPG Awards last December — nearly a full decade later — when Capt. Sully was honored with The Points Guy Hero award.

The moment was special for everyone in attendance, but even more so for Elias and Captain Sully.

“I waited for this moment for 10 years,” Elias said when the two ran into each other on the award show red carpet. “I always wondered, what would I say? ‘Thank you’ seems completely inadequate, and ‘I love you’ seems inappropriate. When someone gives you a second chance at life … maybe English will come up with a new word for it.”

9. The Points Guy Once Shared Caviar With Martha Stewart on a Plane

And a baked potato, actually. You can find out more fun facts like these, as well as useful tips regarding aviation, points and miles on Brian Kelly's Talking Points podcast.

Be prepared for anything and everything as Kelly interviews airline CEOs, laughs with comedians and gets the insider travel scoop from celebrities -- all related to points, miles, credit cards and aviation, of course. Tune into Talking Points using the links below:

And, The Points Guy has a second podcast with Zach Honig, called Miles Away. Each episode explores either an off-the-beaten-path region or a popular, must-see travel hotspot through first-hand accounts, with TPG experts explaining the best options for using points and miles to visit. Subscribe wherever you get your podcasts via the below links:

Featured image by Brian Kelly (Photo by The Points Guy)