Will Tourists Actually Fly All of Mexico's New Air Routes? 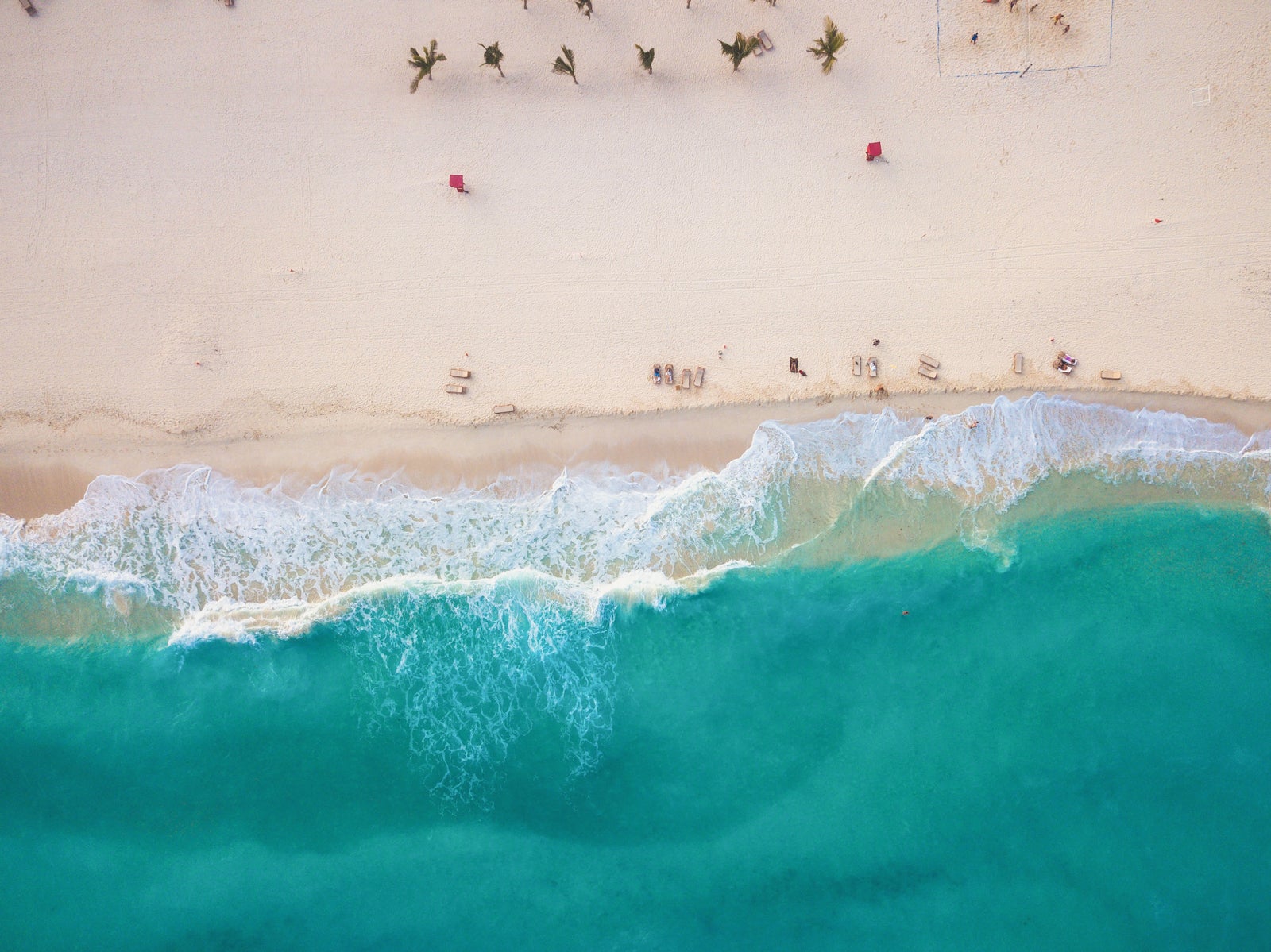 Mexico’s beach destinations are taking a break. Or so the airlines would have us believe.

Since the middle of 2018 and into the new year, a number of airlines have been trimming routes to destinations like Cancún in favor of flights to Mexico’s less-frequented inland destinations, adding airlift to cities that many travelers may not know (think: Guanajuato, León, Querétaro and San Luis Potosí).

Last year, a handful of airlines announced they'd be cutting back on routes to popular Mexican beach destinations. United and Delta both reduced capacity for their routes to Cancún, claiming the decisions followed a drop in demand, likely the result of safety concerns following news of attacks involving tourists.

Once the poster child for indulgent Mexican beach vacations, the tourism industry in the city, in the state of Quintana Roo, is reeling.

"The airline capacity has been reduced into Cancún in 2019. Our investment into our robust charter program remains strong, but we had to cut back a significant amount of charter seats as a result of drop in demand to Mexico, particularly to Cancún," said Alex Zozaya, president of Apple Leisure Group. "We are concerned about the lack of promotion precisely in times of low demand and an increase in hotel supply. We are not seeing a strong performance for 2019."

Experts agree this slump in tourism is largely due to security concerns.

"We know [the state of Quintana Roo] has some issues that we didn't use to have," said Andrés Martínez Reynoso, director of marketing for the Quintana Roo Tourism Board, a newly created tourism board that represents the 11 destinations of the state — not just Cancún. "We used to be one of the safest destinations, and we still are. But we are growing so fast. We didn't think we needed security cameras or police enforcement. But we're investing more than $200 million in security."

Mexico currently has a Level 2 security warning from the US State Department. But then again, so do France and Germany. In certain states — San Luis Potosí among them — that level increases to a 3 or 4. But after a flurry of headline-grabbing tragedies, Cancún's tourism tumbled.

But tourism to Mexico as a whole is not dropping. It's shifting.

According to a statement released by Héctor Flores Santana, CEO of the Mexico Tourism Board, Mexico's tourism industry is thriving, and saw a 6.9% increase in international tourist arrivals from January to September 2018. Some 30.6 million international tourists visited Mexico in the first nine months alone.

But if airlines are cutting routes to beach destinations, where are these tourists going? It seems that, as with travel trends in general, consumers are eager to get far off the beaten path.

Airlines are responding to this demand. In October, American Airlines announced it would bolster service between Dallas/Fort Worth (DFW) and San Luis Potosí (SLP). In fact, officials are working on adding a terminal at this international airport in central Mexico to accommodate more than double the current number of arrivals (from 500,000 to 1.2 million per year). American Airlines will also bolster service between DFW and both Querétaro (QRO), as well as Del Bajío International (BJX), which services both León and Guanajuato.

And over the summer, Interjet launched flights from San Antonio (SAT) and Houston (IAH) to BJX.

With that comes human resources and significant investment, and both business hotels and upscale leisure properties crop up as a result. What's more, all of these destinations are within driving distance of Mexico City, meaning they are poised to gain runoff traffic from travelers who are interested in spending more time in culturally rich destinations.

According to NAPS, which helps companies that manufacture in Mexico deal with administrative issues, Guanajuato is the fastest-growing state for manufacturing in Mexico. Oxford Business Group, a global business-research company, reported that Guanajuato had the sixth-highest increase in per capita GDP of any state in Mexico between 2013 and 2016.

Within Guanajuato are Guanajuato City and the city of León, both of which are receiving new airlift from the US. Guanajuato is also the home state of San Miguel de Allende, which already receives considerable amounts of tourism from the US and is home to a number of high-end hotels and resorts, including a Rosewood and a Belmond. On the first day of 2019, a new five-suite luxury property, Hotel Amparo, joined the list of luxe properties in the colonial town.

San Luis Potosí's industrial boom has brought in significant investment, as well. In response, the state government has been working to improve the highways and expand the airport.

“The recent sharp increase in business travelers has provided ample room for the hotel industry to expand in the state’s capital city," a report from Oxford Business Group said, describing "government efforts to capitalize on the increase in the number of nonbusiness tourists" and San Luis Potosí’s "relatively unexplored natural areas," which would allow adventure tourism to flourish.

It's much the same in Querétaro, part of the same industrial corridor. As these cities become more and more accessible and relevant to US business travelers, the question remains: Will the leisure travelers actually follow?

“We are seeing a shift in interest in our market,” Rabinor told TPG. “[Our clients] are leaning much more [toward] the boutique and under-the-radar places. There’s tremendous interest in beach destinations, but also a parallel growing interest in the more culturally rich destinations, including Mexico City, San Miguel de Allende and Oaxaca.”

These destinations have been tourism hotspots for quite some time, but given the influx of business travelers and hotel development, places like Querétaro, Guanajuato and San Luis Potosí are likely to follow suit. At the very least, these destinations are authentic, culturally vibrant and still feel far off the beaten path for US travelers, though they're now in practice so much more accessible.

And there are other reasons that travelers are turning away from Cancún and Quintana Roo, including competing beach destinations that don't come with the same baggage. On the Pacific side of the nation, a number of dazzling new resorts from some of the biggest names in luxury (Viceroy, Nobu, Ritz-Carlton, Four Seasons, Montage) are luring travelers westward.

But it's unlikely that Cancún will ever go out of style, especially with efforts from Mexico's new president, Andrés Manuel López Obrador. He's been working to increase tourism to the Yucatan Peninsula, even announcing an $8 billion proposal for a train route linking the region's main tourist sites. The plan is highly contentious, but the idea is to construct a train from Cancún down to Tulum and into the Mayan ruins of Palenque, deep in the jungle in the state of Chiapas.

Still, travelers are becoming increasingly adventurous, and are swiftly realizing that Mexico is a huge country with a dizzying number of destinations. And as its cities become ever more accessible, travelers are likely to take advantage and venture beyond the traditional resort town.

Featured image by (Photo by Gerson Repreza via Unsplash)