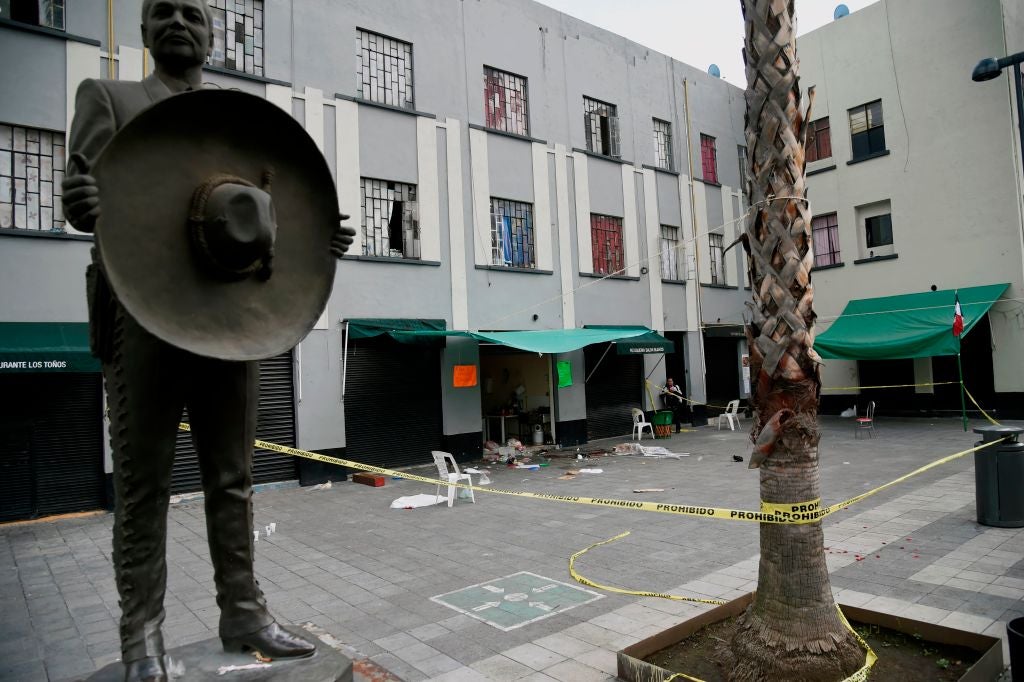 Officials say a group of men dressed as mariachi musicians opened fire on a crowd of locals and tourists who roamed the plaza and celebrated Mexico's Independence Day. Reports say dozens of mariachi bands were on the Plaza Garibaldi — a popular spot for the city's denizens and visitors alike to see the traditional players — on Friday when the gunmen disguised in mariachi garb sprayed the crowd with bullets, leaving three people dead at the scene. Police say two other people were taken to a nearby hospital, where they died from their injuries.

The deceased victims include three men and two women whose ages range from 22 to 46 years old. At least eight additional people were left wounded, including one foreigner, the prosecutor's office said. The gunmen fled the scene on motorcycles after the attack.

The investigation is ongoing with more arrests expected in coming days, the city's prosecutor told CNN. The motive for the shooting is still unknown.

Friday's attack is the latest in a string of violent episodes creeping into the traditionally safer tourist districts of Mexico. In August, the US State Department issued a new travel warning for the country of Mexico as a whole. That travel warning was a Level 2, or "exercise increased caution." Some specific states in Mexico had higher-level travel warnings, including Estado de Mexico, which surrounds the capital city. That particular state has warranted a Level 3 or "reconsider travel" warning from the State Department.

"Reconsider travel due to crime," the warning says. "Violent crime is common in parts of Estado de Mexico."