Travelers are reporting issues with using Mobile Passport at certain airports. Here's why to use Global Entry instead

Articles
Caroline Tanner covers news and travel for TPG. She is a journalism graduate of Mizzou and Northwestern.
Follow
April 14, 2022
•
8 min read 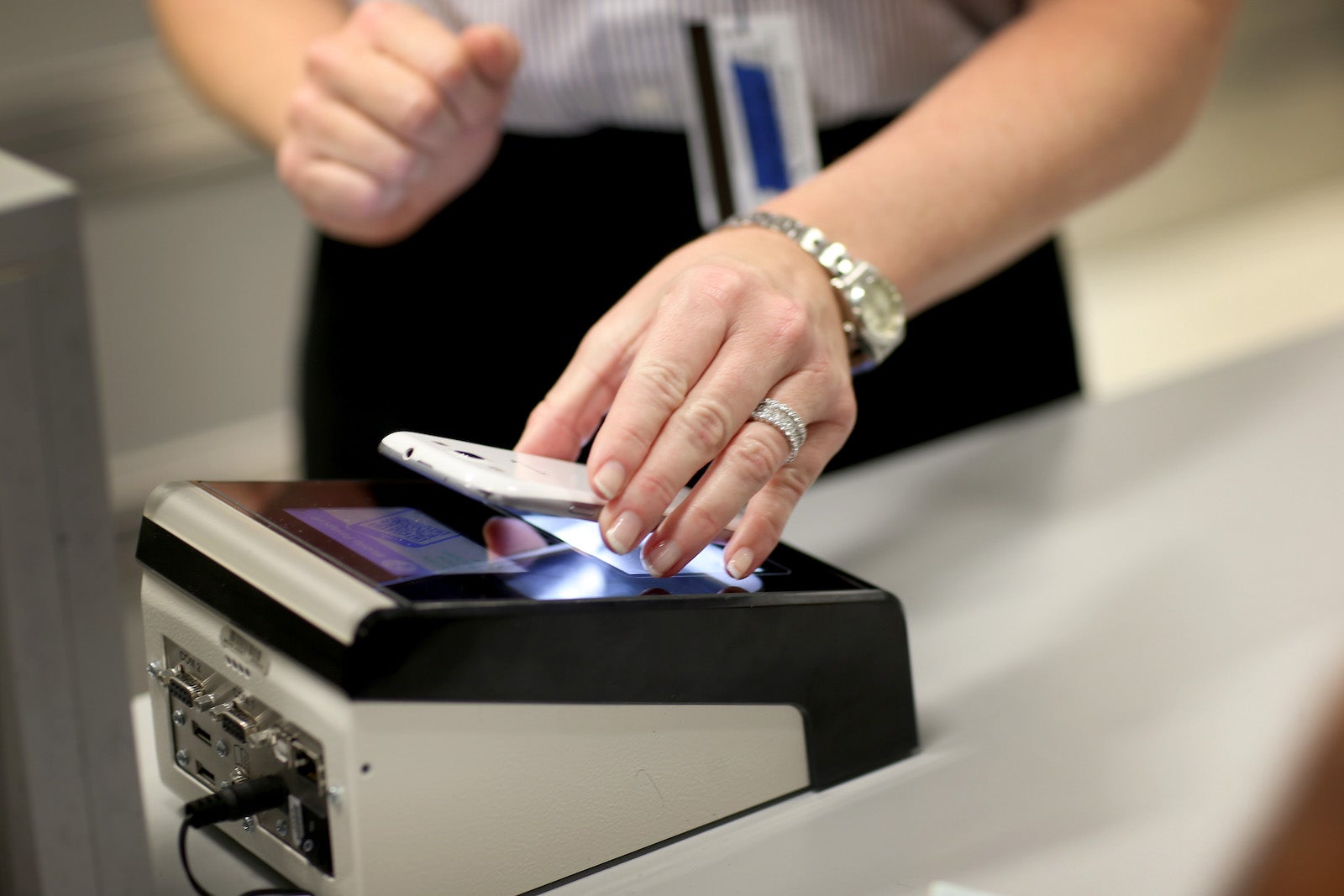 When I travel abroad, there are few things I dread more than being greeted by what is usually a long and annoying U.S. Customs and Border Protection line at the airport to get back into the country.

Thanks to the invention of programs like Global Entry though, the process for American travelers to reenter the country is easier than it would be otherwise due to specific lanes for preapproved, low-risk travelers to pass through customs in minutes without having to scan their passports.

Although nearly 8 million people use Global Entry across 16 domestic airports and 15 international locations, there's another service offered by the government, Mobile Passport, which also enables quick security passage and does not require a membership.

Like any expedited security program, whether it be Global Entry, TSA PreCheck or Mobile Passport, it's only helpful when it works as designed. Lately, TPG readers and staffers alike have reported unsuccessful attempts at using Mobile Passport, prompting the question of whether the program is quietly being phased out.

Rest assured, if you encounter any issues attempting to use Mobile Passport, Global Entry is a solid alternative.

Unlike Global Entry, which costs $100 for a five-year membership, Mobile Passport is free and does not require travelers to apply and be approved for use.

U.S. passport holders can download the Mobile Passport Control app, which generates a digital version of the required customs form to complete instead of having to fill it out by hand.

"The use of MPC streamlines the traveler’s entry process into the United States by reducing passport control inspection time and overall wait time," says CBP. "Travelers who successfully use an authorized MPC app will no longer have to complete a paper form or use an [Automated Passport Control] kiosk. As a result, travelers may experience shorter wait times, less congestion and efficient processing."

"Upon landing in the United States, travelers will select their arrival airport or seaport and terminal, take a self-photo, and answer a series of CBP inspection-related questions," says CBP. "Once the traveler submits their transaction through the app, the traveler will receive an electronic receipt with an Encrypted Quick Response (QR) code. Travelers then bring their physical passport and mobile device with their digital QR-coded receipt to a CBP officer to finalize their inspection for entry into the United States."

Read more: How Global Entry saved me $570 when I arrived late at the airport

Reasons to use Mobile Passport vs. Global Entry

When Global Entry is running smoothly, you can literally pass through customs in a matter of minutes after your identity is verified biometrically and further confirmed with a receipt reviewed by a CBP officer.

"I told a bunch of people about Mobile Passport, thinking it was a great hack since you could use it without Global Entry and there was no screening process to sign up," TPG cruise writer Ashley Kosciolek told me. "Overall, the draw was less about speeding up the actual interaction with CBP officers at passport control and more about being able to access a shorter line or a line with no wait at all."

While Mobile Passport is certainly a convenient and helpful (and don't forget free) option for travelers, recently, it seems that the service is no longer being offered at certain airports as promised.

When asked about the status of Mobile Passport at the airports in question, spokespeople for EWR, JFK, IAD and DEN all directed my query to CBP, which declined to comment on the aforementioned issues reported by users due to closures and said the program was operating as normal.

"The Mobile Passport Control (MPC) is available at 34 locations, 30 airports and four seaports," a CBP spokesperson told me via email."The MPC program is always open to adding locations. Check back periodically for additions."

A representative for LAX confirmed Mobile Passport "remains an option for travelers" in Los Angeles, and the PR team for ATL did not respond to a request for comment.

Since its launch in August 2014, MPC has been used by more than 4 million travelers.

Related: How persistence paid off after 3 unsuccessful attempts at renewing Global Entry

The latest from CBP

Although CBP would not comment on any user issues with Mobile Passport, the agency announced changes to MPC effective Feb. 1, restricting the use of Mobile Passport to the aforementioned app administered by the government. Previously, travelers were also able to use other apps to access the Mobile Passport lane.

"Initially, when third-party apps were still allowed, I used the Mobile Passport by Airside app, which allowed me to put in my passport info while I was still on the plane and fill out the customs form, rather than doing a paper version," recalled Kosciolek. "After entering the info, I'd be sent a QR code that I'd simply scan to pass through passport control. The line was always super fast. I don't think I ever had to wait."

Although other apps were previously available for use in the MPC lane, such as Airside Mobile and Clear MPC, neither those nor any third-party app are eligible for use as of this year.

"I downloaded the CBP MPC app after my last international trip when another app didn't work and went through a similar process to fill out my info and customs form. When I got to passport control at EWR, I noticed there was no longer a sign for mobile passport users, and the attendant directed me into the main line with everyone else," she said. "I was told they no longer use Mobile Passport."

Related: Global Entry tips: How to avoid waiting for an interview and get TSA PreCheck on your boarding passes

Tips to avoid a potential headache

Based on current reports, you cannot assume that Mobile Passport is available as advertised.

To plan for this, don't wait to see if Mobile Passport is available as it is alleged the next time you are arriving home from an international trip.

Global Entry remains your best (and most consistent) bet for expediting your way through airport security.

"Last night at Newark there were two lines at immigration: Global Entry and EVERYONE ELSE. The line was lonnnnng," said Brian Kelly, the founder of TPG. "Mobile Passport holders probably had to wait an hour. I went through in one second."

Before you apply for Global Entry, be sure to check to see if your credit card offers a reimbursement for Global Entry or TSA PreCheck, another "trusted traveler" program that helps users move through the Transportation Security Administration line faster by eliminating the need to remove one's shoes, food, electronics, liquids, etc., in order to pass through security.

If you are experiencing a delay in your Global Entry application, have the Mobile Passport app downloaded and ready to go the next time you are returning to a participating airport.

If Mobile Passport is not an option when you need it, plan on using Global Entry and take comfort in the knowledge that you could be waiting in an otherwise longer line and wasting more time without a membership to any expedited security program.