Meet George: When Do Airline Pilots Turn on the Autopilot?

Articles
Mike Arnot is the founder of Boarding Pass NYC, a New York-based travel brand and a marketing consultant to airlines. A private pilot, he can sometimes be found above the skies of New York City.
Follow
March 27, 2019
•
7 min read 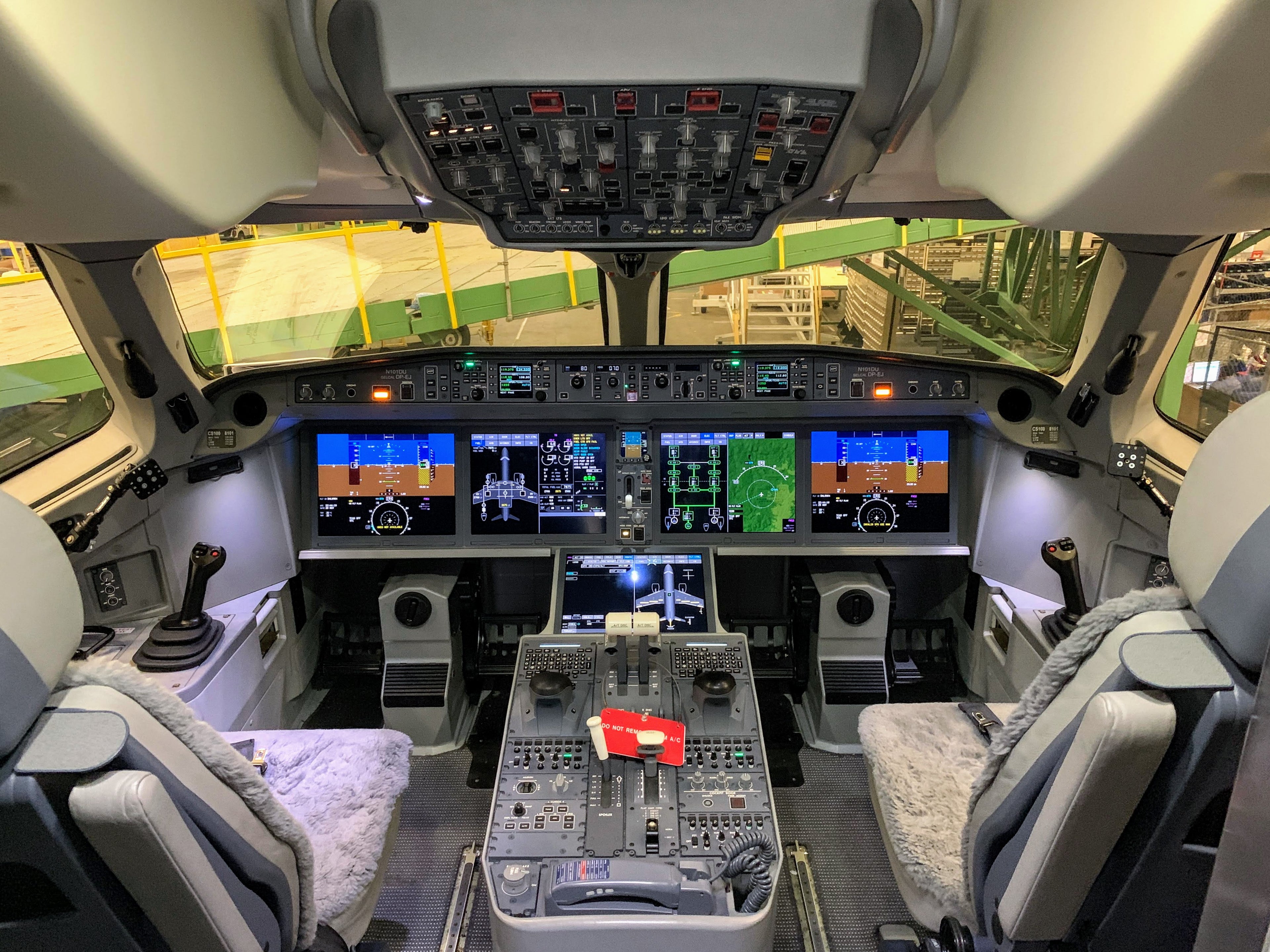 Some pilots call him George. The origin of his name is uncertain but he's on every one of your flights. Once set by the pilots, he keeps your flight pointed in the programmed direction and at the desired altitude for most of your time in the air.

He's the autopilot — as in, "Let 'George' take over flying the plane."

Passengers may envision pilots sitting in the cockpit with the computer doing the flying from the moment the plane leaves the ground. Still others may visualize the opposite: their pilot with hands at the controls the entire flight, as if they were driving a station wagon down the freeway. Neither is true.

So, just how much "hand flying" do pilots do, with both hands on the yoke (on Boeings and Embraers) or one hand on the sidestick (on Airbuses) and the autopilot turned off?

"We all want to hand-fly, because it’s a lot more fun," said a pilot from a major carrier in an email.

For the critical phases of flight — taxi, take off and landing — control is firmly in the hands of one of the two pilots in the cockpit, with the other handling communications.

And most airline pilots will hand-fly their aircraft for some time — mostly based on personal preference, rather than a strict rule — before engaging the autopilot.

What Is the Autopilot?

The autopilot was invented in the early days of flying by Sperry Corporation, which is now part of other companies including Unisys and Honeywell. Sperry developed the gyroscopic-based autopilot in 1912, just nine years after the Wright Brothers first flew, and built it on Flatbush Avenue in Brooklyn, where the company was headquartered. In a 1914 demonstration, Lawrence Sperry and a sidekick stood on the wings of a plane while it flew straight and level past a crowd of stunned onlookers. Later, it took off and landed without assistance from a pilot.

Modern-day autopilots are manufactured by companies like Collins Aerospace. They are complex, computer-based systems with multiple points of redundancy. According to the Federal Aviation Administration's Advanced Avionics Handbook, they "can automate tasks, such as maintaining an altitude, climbing or descending to an assigned altitude, turning to and maintaining an assigned heading, intercepting a course, guiding the aircraft between waypoints that make up a route programmed into [a flight management computer] and flying a precision or non-precision approach."

On modern airliners, the autopilot's controls are found at the top of the instrument panel, below the windshield. On the flight deck of the Boeing 747-400 below, they are within the red rectangle. You'll find them in the exact same place on every airliner made today.

When Do Pilots Turn On the Autopilot?

"If it’s a sunny day at a quiet airport, every pilot in the world would rather fly the plane by hand," said the pilot from a major airline. "But if it’s busy or stormy, then a smart pilot decides to let the autopilot do some of our work."

"If you're the pilot flying, you are required to keep your hands on the control column until 10,000 feet if the autopilot is not engaged," said a first officer from a regional carrier in an email. "You're not touching the panels."

Some pilots will hand-fly particularly interesting departures such as from Washington National (DCA) or New York's LGA. "On those departures, you literally feel like you are flying the plane, turning, climbing and turning again," the first officer said. "But once you're on a set heading, there's really nothing to it. I flew a couple of times to 25,000 or 26,000 feet because I wanted the hands-on experience."

For a look at the basic functions of an autopilot, see the image below. The displays tell you that it's set to an indicated airspeed of 250 knots, a magnetic heading of 163 degrees, level flight (vertical speed of zero feet) and 10,000 feet of altitude. It's also off, or the main switch marked "AP" at the top would show a green light.

The autopilot must be engaged above 28,000 feet ("FL280" in the Altitude display above) because of requirements for Reduced Vertical Separation Minima — the rule that allows planes to fly with just a 1,000-foot vertical separation.

"If there's weather, like storms we need to navigate around, or if it’s a very busy air traffic environment, like at JFK, LAX, or ORD, then it makes sense to put the autopilot in earlier—usually within the first few minutes after takeoff," the major-carrier pilot explained. The autopilot can do things like maintain a certain speed or a certain altitude, taking the pilots' minds off of managing those tasks and freeing them to focus on the more important issue at hand — for example avoiding storms.

Autopilot Off On Landing?

"On the approach it’s the same logic," the major-carrier pilot said. "It’s not like from a cruising altitude of 36,000 feet we can just 'watch with interest'."

"The autopilot still requires frequent, almost continuous programming on climb-out or descent. On an approach at a busy airport we are probably making adjustments ’through’ the autopilot, several times a minute if not more," he said.

"If you watch some of the YouTube cockpit videos of landings you see that even though the autopilot might be engaged until the last few minutes, it can be very, very busy up here. In the most extreme case, for landings in dense fog, we have to program the plane to land automatically, and that’s a helluva lot more work than just doing it ourselves."

But back to our friend George: Who was he anyway? The US patent for the autopilot was filed by one George De Beeson, whose name may have stuck to his invention. "George" may also have been a nickname from World War II, when Royal Air Force pilots referred to the planes as property of the Crown — King George VI, at the time. The nickname shows up in several WWII pilot biographies.

Whoever he may be named after, George helps the pilots fly some parts of your flight. But not all of them, not right away, and not the fun ones.

Mike Arnot is the founder of Boarding Pass, a New York-based travel brand. He is also a private pilot who hand-flies every chance he gets.