Can Edition survive without its original creative force? Marriott thinks so

Articles
Cameron Sperance is a senior hotels reporter at TPG. He covers anything to do with the hotel industry, from the guest experience to the business itself.
Follow
Jan. 23, 2023
•
7 min read 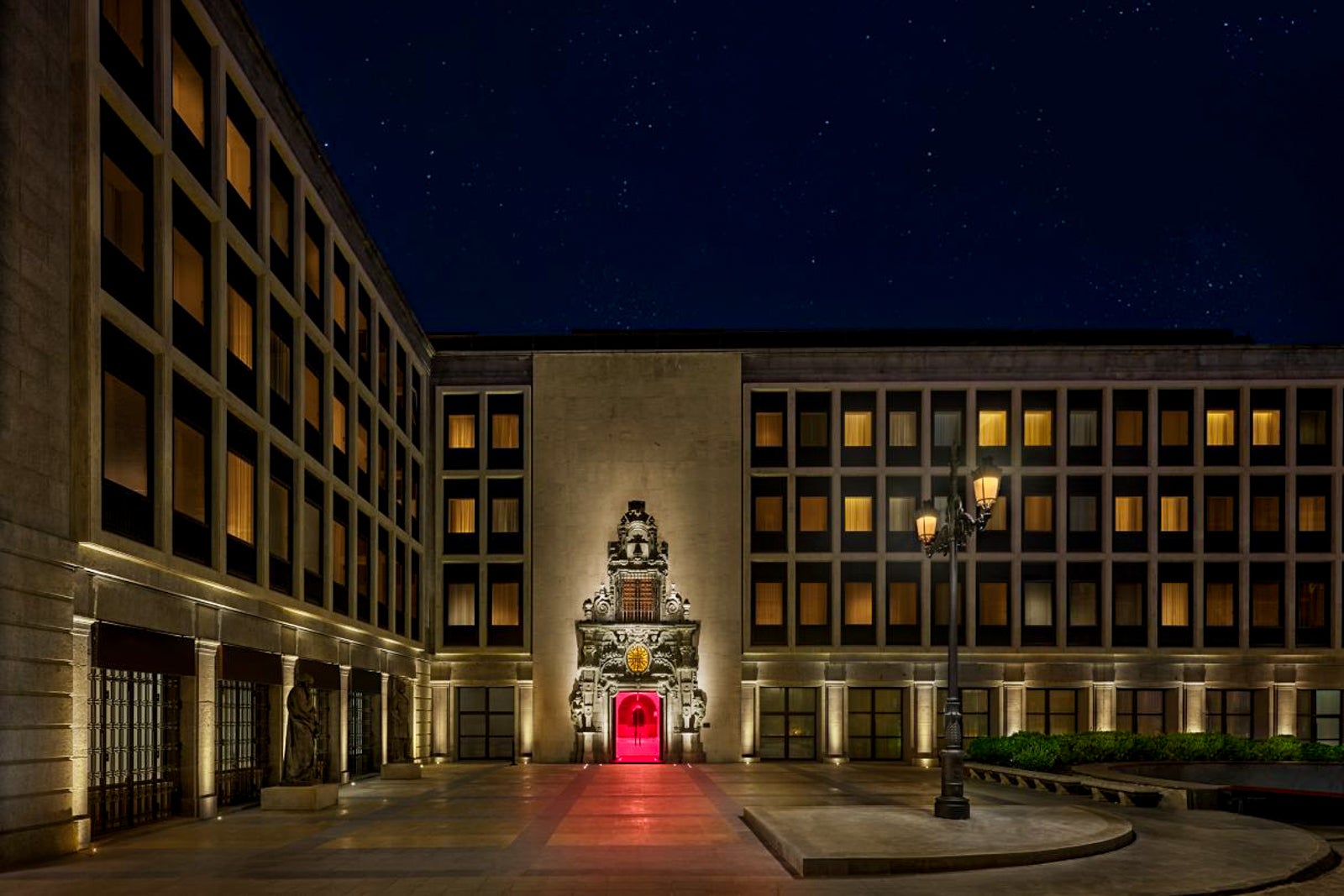 Can Edition survive without its original creative force? Marriott thinks so
This post contains references to products from one or more of our advertisers. We may receive compensation when you click on links to those products. Terms apply to the offers listed on this page. For an explanation of our Advertising Policy, visit this page.

Hotels can be a lot like fashion: One day you’re in, and the next day you’re out.

For the world’s largest hotel company, it’s a question of how to maintain the cool factor on Edition, which has arguably become its trendiest brand. Marriott launched Edition in partnership with nightlife and hospitality legend Ian Schrager, one of the co-founders of Studio 54. Edition now has a footprint of 15 hotels worldwide and plans to double that in five years. However, Schrager announced plans last year to eventually leave the partnership with Marriott.

It might seem like a rapid acceleration and change that could put the unique factor of Edition in jeopardy. These days it better resembles a deliberate growth plan that aims to keep each hotel in buzzworthy territory.

“You have to have the wherewithal and the knowledge and be close enough to say, ‘Listen, if we're really at the top of our game, you’ve got to stay at the top of the game,’” said Josh Fluhr, Edition’s senior vice president and global managing director.

Recent openings include Edition hotels in Tampa and Madrid. Marriott plans to bring the brand to additional markets like Rome; Jeddah, Saudi Arabia; Tokyo’s Ginza neighborhood; Mexico's Riviera Maya at Kanai; and Singapore by the end of this year. Properties in Doha, Qatar; Nashville; Fort Lauderdale; and Lake Como, Italy, are also part of the plan to get to 30 hotels in the next five years.

Previously, there was a notion that a major hotel conglomerate couldn't successfully operate a cool brand. For instance, there are plenty of people out there who say the trendy, boutique Kimpton hotel brand lost some of its edge after IHG took over. Also, on multiple occasions, Marriott executives noted there were plans to revive its W brand, which lost its cool factor after its heyday in the late 1990s and early 2000s.

However, Edition’s growth and success since its 2008 launch blew a major hole in this cynical line of thinking.

Some of Marriott’s luck with Edition might have to do with what others saw as poor timing around its launch. The world went into a global financial meltdown shortly after Edition debuted, and growth was much slower than expected. Leaders like Marriott’s late CEO Arne Sorenson noted the brand would eventually see more than 100 hotels, but it certainly seemed like the company was taking its sweet time in getting to that target.

It turns out slow and steady is a sound strategy when it comes to the luxury and lifestyle sectors Edition falls in. Along with Schrager’s laser focus on design, Marriott’s recruiting process for each Edition is more like a courtship than a job fair.

Success is always found in the details when it comes to the buzziest of brands.

An Edition recruitment team heads out about eight weeks ahead of a hotel opening to various nightlife venues for what they call “hunting night.” Small groups composed of the new hotel’s management team as well as Edition brand representatives fan out to various neighborhoods to scope out workers at restaurants, bars, shops and museums to find potential candidates for that city’s upcoming Edition hotel.

“We go to any place where somebody is interacting with other people in their role, and you can see people who are excited about doing what they're doing,” Fluhr said. “Those who are just there because they want a check: We pass on those. It's a little like dating.”

The Edition team will eventually connect with the ideal candidates to see if they’d consider a career in hospitality. The recruiters often rely on candidates recruited at a hunting night to then spread the word about similar roles at the new Edition hotel to friends or colleagues.

It also helps instill in the new management team how to keep an eye out for top performers. That translates into optimal customer service at each Edition property. That’s a key part of keeping Edition at the forefront because, while guest rooms are important, so are the restaurants and bars downstairs driving foot traffic into each hotel.

“You have a core group of people pretty quickly. You get 30, 40 or 50 people on board of that mindset that you hunted for,” Fluhr said. “We still have to supplement with some of those other more traditional methods.”

Schrager repeatedly posted to social media last year of his plan to leave his partnership with Edition. He said he wanted to focus instead on Public, a hotel brand he launched that is a mix of luxury and limited service.

“All things must pass. The spectacular new Madrid Edition is one of the last remaining Editions I will be doing before I focus 100% on expanding Public…my true passion,” Schrager posted to Instagram last spring. “We will announce our plans shortly.”

While Marriott CEO Anthony Capuano acknowledged later in the year that the company didn’t renew an exclusive working agreement with Schrager, there are still several deals with Schrager underway before he departs.

“We have 10 projects that we're still working with him on. I still talk to him every day, which is amazing,” Fluhr said. “Those that are coming out next will still have his absolute talent and flair with them.”

But what about the hotels beyond that? Sorenson famously pinned the success of Edition on Schrager during a 2015 interview with Charlie Rose.

“One of the debates we have among our team, hypothetically, is [around how] we just opened this hotel in New York,” Sorenson said at the time. “If we opened exactly the same box without Ian … would we have gotten the same reception from the market? I think the answer is no. Ian gives us permission to be in this space.”

Of course, Edition isn’t exactly devoid of its creative team upon Schrager’s eventual departure. Fluhr has been with the brand since 2010. Before that, he was with SBE to launch the SLS Beverly Hills. He even worked with W Hotels during the brand’s prime entry into the New York City hotel scene.

“Going forward, as every brand does, it'll continue to evolve, but it will be a slow evolution. My desire has always been with any brands that I've worked with is that it has to go through an evolution of sorts, but it has to be a slow, measured evolution,” Fluhr said. “What you will not see is a change in the way we deliver service. You will only see an up or an increase because we're always trying to make that better."

“It's not going to be this radical shift from what we used to do last week to what we might do next week,” he added.

Featured image by MADRID EDITION/FACEBOOK
Editorial disclaimer: Opinions expressed here are the author’s alone, not those of any bank, credit card issuer, airline or hotel chain, and have not been reviewed, approved or otherwise endorsed by any of these entities.