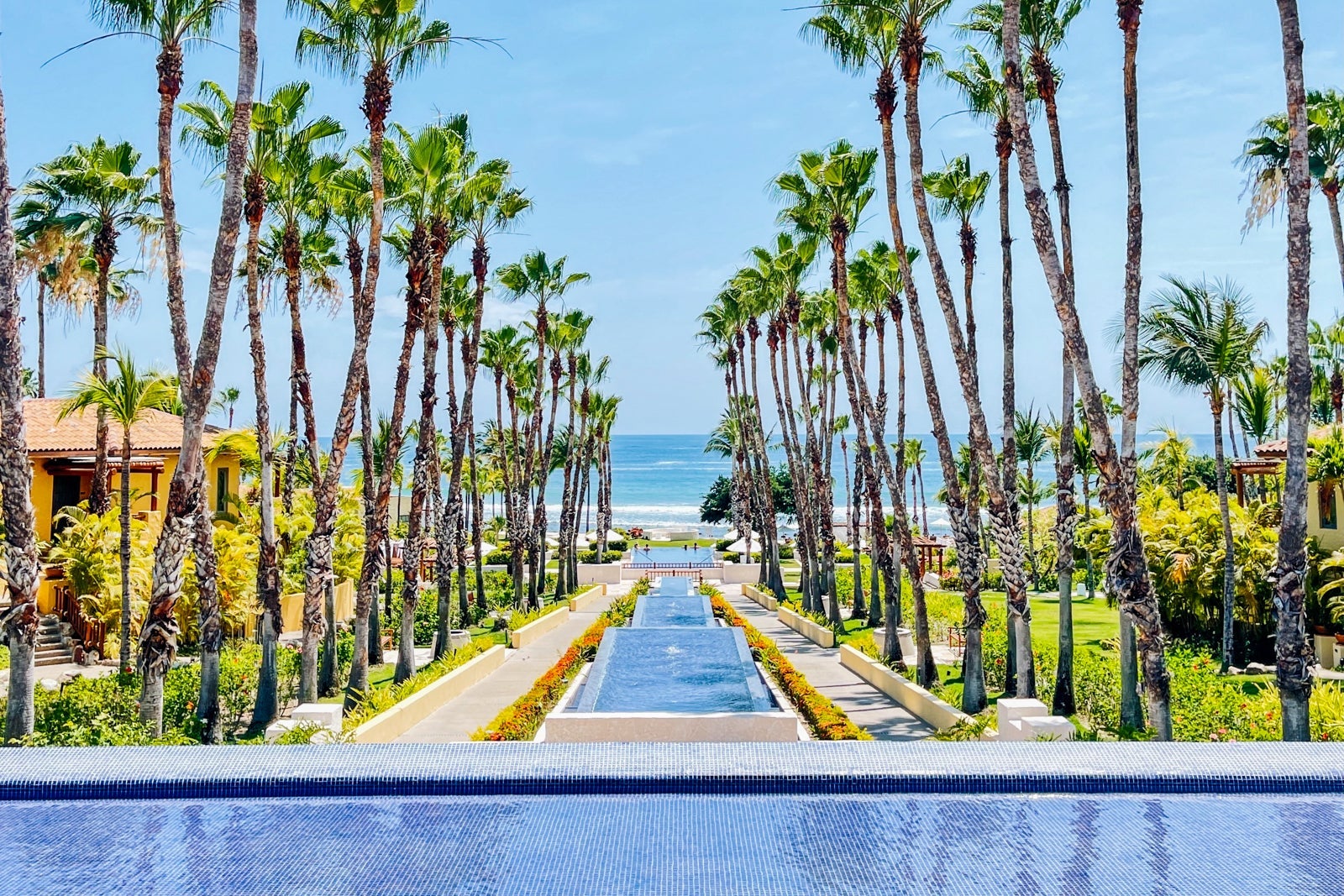 Marriott Bonvoy's feared switchover to dynamic award pricing is complete. As of March 29, Marriott award nights, or "award redemption stays" as the program now calls them, are priced variably. Award charts and categories are no more, and points pricing now aligns more closely with paid hotel rates and occupancy levels, among other factors.

Ahead of the changes, we knew that around 97% of Marriott’s properties would effectively remain in one of the program’s previous eight categories for the remainder of 2022, with prices fluctuating within the former off-peak to peak ranges. We also knew that the remaining 3% of properties — approximately 200 hotels — will increase in price by 5,000 to 30,000 points per night.

But just how significant are the changes? To find out, the TPG team is analyzing pricing changes for over 40 major Marriott Bonvoy properties around the world, ranging from the Moxy Miami South Beach to Al Maha, a Luxury Collection Desert Resort and Spa and beyond. These are primarily high-demand, aspirational locations that had higher potential for being impacted by this shift.

Here are some of our preliminary findings.

Many — but not all — properties are more expensive

Overall, we're seeing that many properties now cost more points. Aside from the 3% of hotels we knew were going up in pricing, the average rates at most hotels we looked at are above their previous standard rates.

Some hotels have dropped in price on certain dates. For instance, TPG Points and Miles Editor Andrew Kunesh was able to save 8,000 points by rebooking a two-night stay at the Westin Galleria Houston, which dropped from 50,000 points to 42,000 points. TPG Executive Editor Scott Mayerowitz rebooked his five-night stay this August at the Aruba Marriott Resort & Stellaris Casino for 228,000 points — 2,000 points cheaper than his prior booking.

Related: The property that received the most Marriott redemptions may surprise you

It's still possible to find rooms at their minimum rates

Although average nightly rates may have gone up for many properties, it is still possible to find rooms at their previous off-peak or new minimum rates — even at favorites like the JW Marriott Essex House New York and the Fiji Marriott Resort Momi Bay.

Similarly, the Fiji Marriott Resort Momi Bay now starts at 40,000 points and there are nights available at that rate in April and rates from 42,000 points in January 2023.

That said, this isn't the case for all hotels. For instance, the W South Beach should now start at 90,000 points but the lowest rate we're seeing is 94,000 points and that's only available one night in May.

While we'll have a separate story that dives into this deeper, it's important to point out that points rates aren't directly tied to paid rates. We're seeing some nights where cash rates are lower than other nights but cost more in points. The points rate is determined by several different factors, including a hotel's occupancy for that day, the cash rate and the type of hotel.

Marriott's dynamic award pricing is here. Overall, the average nightly rate for many properties has gone up. That said, some nights that might have previously been classified as standard or peak have dropped in price, so it's worth checking to see if you can get some points back by rebooking upcoming stays — as two TPG staffers have been able to do.

Keep in mind, members will soon be able to combine free night awards with up to 15,000 points. This means a 35,000-point certificate can be combined with up to 15,000 Bonvoy points to book a property that costs 50,000 points per night. While there's no exact date yet, this feature is expected to go live by the end of April.

Also, remember that the Points Advance feature doesn’t lock in award rates. If you had any Points Advance bookings, you’ll want to check if the pricing changed.

Featured image by Marriott points can provide excellent value in Europe, Japan and even New York. (Photo by Nick Ellis/The Points Guy)
Editorial disclaimer: Opinions expressed here are the author’s alone, not those of any bank, credit card issuer, airline or hotel chain, and have not been reviewed, approved or otherwise endorsed by any of these entities.