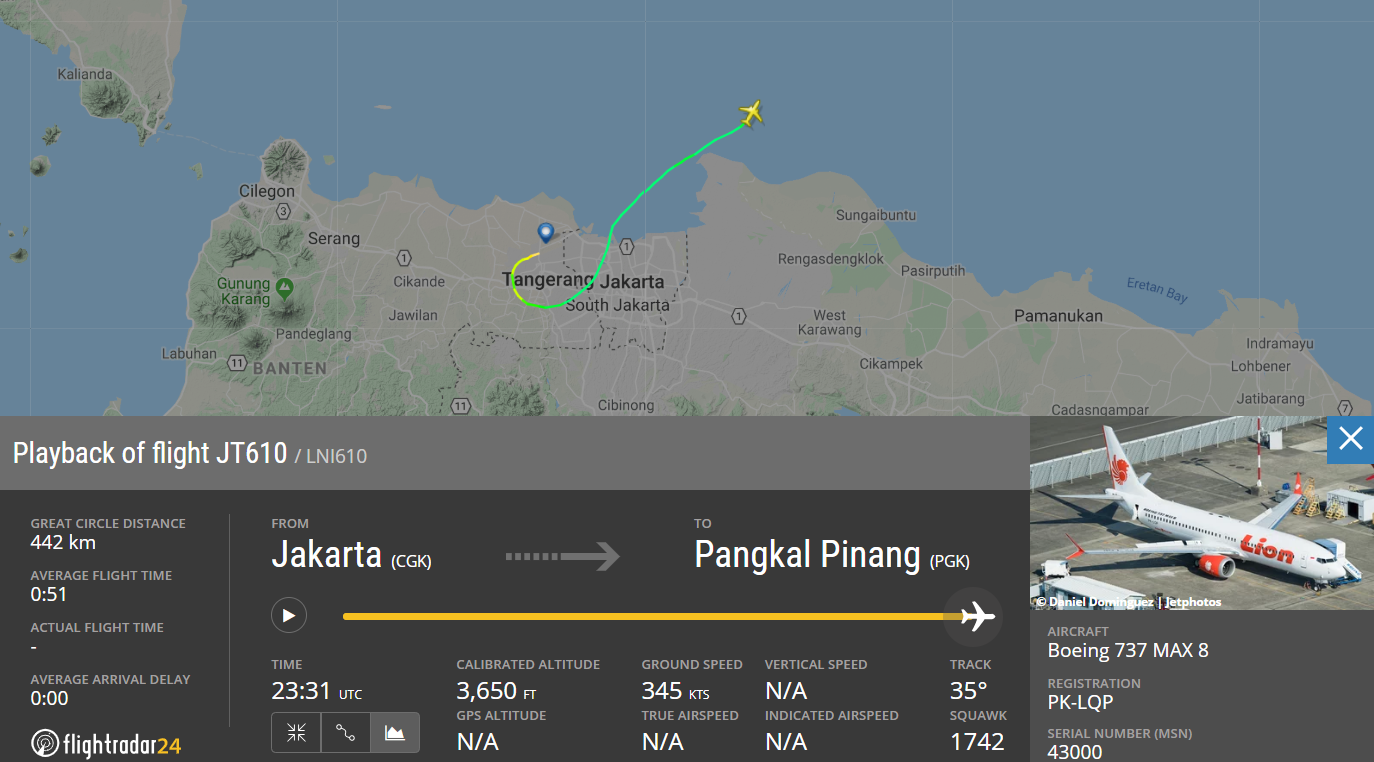 After it was initially reported that 188 passengers and crew were on board, the Indonesian National Transportation Safety Committee confirmed in a briefing that there was an additional crew member on the flight. Officials now report that 189 passengers and crew are believed to have been lost in the crash -- 178 adult passengers, one child, two babies and eight crew.

Debris has been reported by employees of a local energy firm, indicating a high-speed impact with the water.

The Head of Information Data and Public Relation Center for the Indonesian National Agency for Disaster Management tweeted out images of the debris that have been found so far. As some images include personal effects from the victims, we suggest readers proceed with caution (tweet).

There's no indication that the aircraft declared an emergency -- either via radio transmission with air traffic control or by squawking an emergency transponder code prior to losing contact. The FlightRadar24 recording of the ADS-B transmissions show a sudden drop in altitude and quick acceleration before the transmissions ended:

The aircraft involved in the accident (PK-LQP) was just delivered new from Boeing on August 13, 2018, according to AirFleets. Indonesia's National Transportation Safety Committee reports that the aircraft had accumulated 800 flight hours since delivery.

The aircraft involved in the accident was the seventh Boeing 737 MAX aircraft delivered to Lion Air. The Indonesian airline currently is taking delivery from a confirmed order of 201 Boeing 737 MAX aircraft. Combined with an order for 29 Boeing 737-900ER aircraft, this 2011 order was the "largest commercial airplane order ever in Boeing's history by both dollar volume and total number of airplanes" at the time.

The US State Department encourages all US citizens in Indonesia to check in with their friends and family members:

This is a developing story and will be updated as more information becomes available.