Another 747 goes away: One year left before KLM phases out its Queen of the Skies

Articles
Alberto Riva Alberto runs our flight reviews and oversees special projects across several verticals. Previously, he was the managing editor of Vice News and worked at Bloomberg and CNN, where he was constantly trying to convince people to do more stories about airplanes. He speaks Italian, French and Spanish and one day he’ll be better at German.
Follow
Jan. 13, 2020
•
6 min read 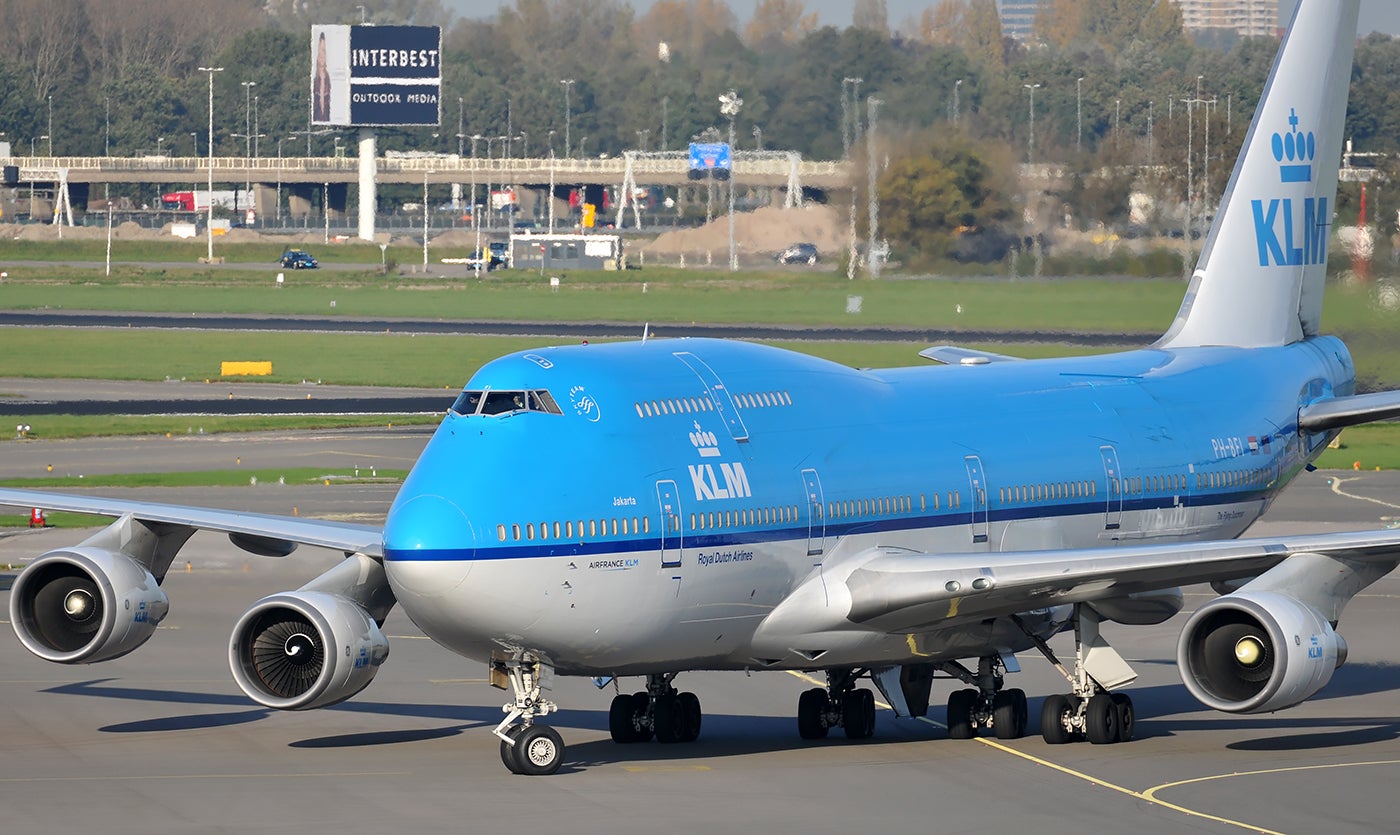 Another 747 goes away: One year left before KLM phases out its Queen of the Skies
This post contains references to products from one or more of our advertisers. We may receive compensation when you click on links to those products. Terms apply to the offers listed on this page. For an explanation of our Advertising Policy, visit this page.

You have just about one year left to fly on one of the prettiest combinations of airplane and livery in the skies. Dutch flag carrier KLM is retiring its Boeing 747s; the last flight will be in 2021. It's another episode in the long goodbye to the airplane known as the Queen of the Skies, a legendary machine that's being phased out in favor of more fuel-efficient but far less iconic twin-engined jets.

According to several media reports, KLM will retire its 747s in 2021. We don't have a date yet for the phaseout, but we know the day of the final flight of a unique 747 model that KLM is the only airline flying in the world: a half-cargo, half-passenger hybrid known as the Combi.

According to KLM schedules, the airline's last service with the Combi will be flight KL644 from New York JFK to Amsterdam on January 3, 2021. Route-tracking site Routes Online originally posted about the demise of the Combi. The last airports to be served by KLM's 747s in 2021 will also include Mexico City, Toronto and Paramaribo, the capital of Suriname.

Currently, the 747 serves several destinations in KLM's vast long-haul network, including Los Angeles, where this one — wearing the airline's previous livery — was photographed taking off in 2016.

KLM has a varied long-haul fleet and is notorious for substituting aircraft on intercontinental routes, so 747s might show up this year in places where they aren't scheduled. Fleet-tracking site Planespotters lists the remaining fleet of KLM 747s at 11, three of which are freighters and two standard passenger versions. The others are those unique Combis.

With a big door on the left side of the fuselage behind the wing, used to load cargo containers, Combis can transport large freight on the main deck, where passengers would normally sit. That's a boon for routes where KLM can't regularly fill the 400-plus seats of the full passenger 747, but can make money carrying more or bigger cargo than can fit in the belly holds.

A comparison of seat maps for KLM's regular 747-400 and the hybrid 747-400 Combi tells the story. On the left, the main deck of the Combi shows the rear section dedicated to cargo; on the right, the main deck is all passenger seating. The latter version of the plane has 408 seats, while the Combi has just 268.

Both versions offer another unique feature of the 747: the ability to see in front of the aircraft, or almost, by sitting in the nose. Thanks to the curvature of the fuselage, the first row of business class on the lower deck, row 1, provides a perspective that only the 747 offers. If you're flying the KLM Queen, 1A (if you're solo) or 1K (if you are with a companion, as it's in a block of two) are the seats to go for. If it's coziness you're after, though, the exclusive upper deck is the way to go.

We have reached out to KLM for confirmation of the schedule published on its site, and will update this story if needed.

The big blue KLM bird also holds the distinction of having been the last 747 serving the aviation-geek haven of St. Maarten, where the giant landed just feet above the beach. That thrill, possibly the most sought after by aviation enthusiasts the world over, went away for good in 2016 when KLM substituted more prosaic Airbus A330s on the route from Amsterdam.

Granted, the interiors of the KLM 747s are relatively dated, and even business class isn't up to the latest standards. The Boeing 787s that are taking the 747's place on many KLM flights are a far better option in terms of seat comfort and amenities. But for throwing it back to the mythical Golden Age of jet travel — even though you could argue that in many respects the Golden Age of flying is now — there is no substitute.

With the demise of the KLM Jumbo Jets, the number of major airlines flying the 747 will fall to 10. Some of those regularly send their 747s to the U.S., including British Airways, Lufthansa, Virgin Atlantic and Air China. The other six either have far fewer 747s or don't fly them to the U.S.; that's Korean Air, China Airlines, Asiana Airlines, Thai, Qantas and Air India.

Other carriers still flying 747s include leisure carriers Rossiya from Russia, Corsair from France and Wamos from Spain, plus Saudia and Indonesia's Garuda. The latter two use their 747s mostly as high-capacity carriers for pilgrimages to Mecca. You are likely to find yourself on one if you are a Muslim pilgrim flying from Asia or Africa to the holy sites of Saudi Arabia. Then there are two Middle Eastern carriers flying secondhand 747s that will be almost impossible for most Americans to get on: Iraqi Airways and Iran's Mahan Air.

But you don't need to go to such lengths to find your place on a 747. Nostalgics of the Queen's reign still have several options to fly the 747 using points and miles.