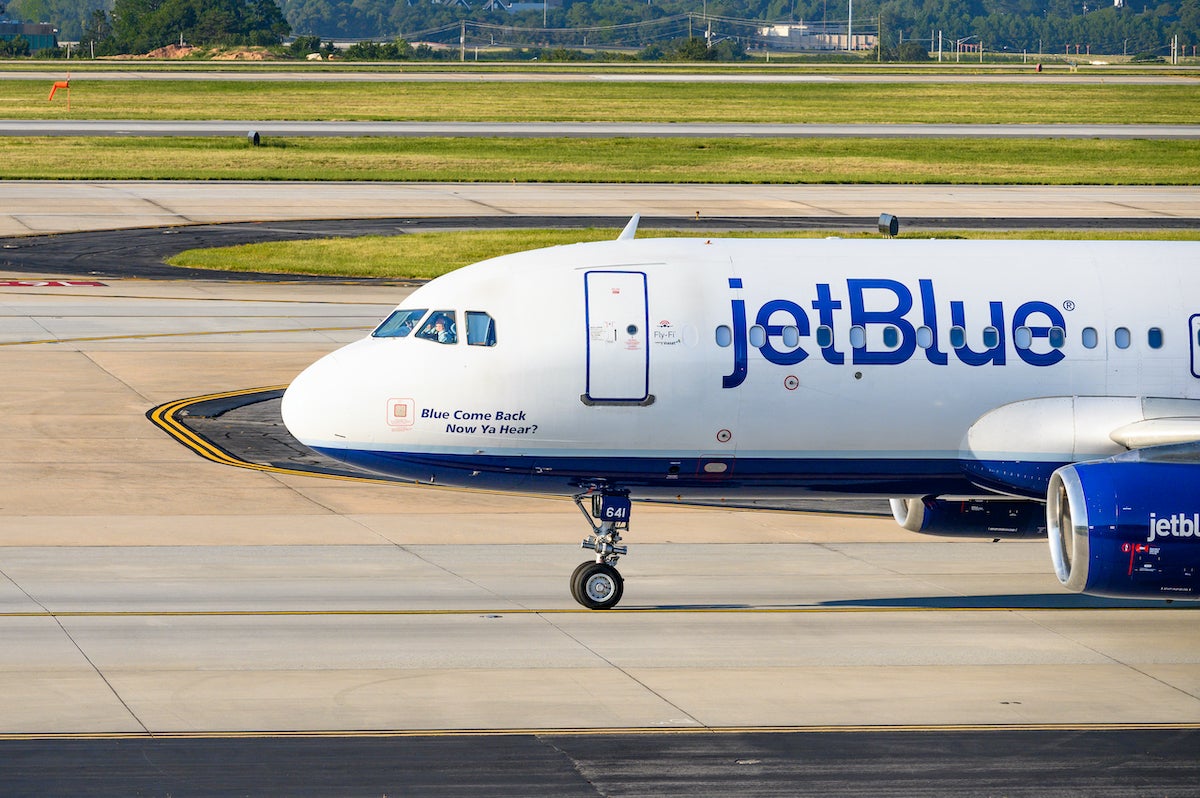 JetBlue Airways says travelers are choosing the airline over others because it continues to block seats, a policy that costs it little even after a $450 million loss in the second quarter.

The New York-based carrier is blocking middle seats on its Airbus A320 family jets and some aisle seats on its smaller Embraer E190s through Sept. 8, the day after Labor Day, JetBlue executives reiterated during a second quarter earnings call on Tuesday.

“Our customers continue to tell us that this policy is important to them as they choose JetBlue from competitors,” said JetBlue president and chief operating officer Joanna Geraghty.

JetBlue is one of just four U.S. carriers -- along with Alaska Airlines, Delta Air Lines and Southwest Airlines -- to block seats to promote social distancing onboard. The measure is part of a larger effort on their part to protect flyers and staff from the coronavirus on flights.

Other protective measures include enhanced cleaning procedures and mandating that all travelers wear masks -- both onboard the airplane and in the terminal before they fly.

JetBlue has found that travelers are booking flights based on “cleanliness, social distancing and face mask adherence,” Geraghty said.

The future of JetBlue’s seat-blocking efforts will depend on the cost to the airline. Currently, that expense is “relatively small” as only about 10% of flights hit their seating caps, though that could rise once more people begin flying again, Geraghty said.

JetBlue is making what executives call a number of “tactical” moves to add routes where travelers are flying and expand its map for the future. One of those future moves is a new partnership with American Airlines that will cover the airline’s key bases in Boston (BOS) and the New York area, including John F. Kennedy (JFK) and LaGuardia (LGA) airports.

On Tuesday, JetBlue CEO Robin Hayes described the tie up as an “innovative way for us to grow organically.” He did not provide additional specifics on the pact.

However, Scott Laurence -- the carrier’s head of revenue and planning -- outlined some growth possibilities for JetBlue at JFK and LaGuardia. One is American’s desire to stop flying 50-seat regional jets to LaGuardia that “creates some room for JetBlue at LaGuardia as things are freed up,” he said.

LaGuardia is one of the few U.S. airports where the number of flights are capped. JetBlue cannot add flights there without acquiring more “slots,” which appears to be on the table with American if the major carrier gives up those used for flights on 50-seat jets.

Another possibility for JetBlue is adding afternoon flights at JFK that connect to international long-haul departures on American that leave in the evening. The latter airline plans to add new service between New York and Athens (ATH) and Tel Aviv (TLV), and resume seasonal service to Rio de Janeiro (GIG) in 2021.

However, the planned codeshare between the carriers will only cover flights that originate or end in either Boston or New York -- and not at JetBlue’s new Los Angeles (LAX) base or in the competitive South Florida market.

For American AAdvantage and JetBlue TrueBlue members, the partnership will allow them to “earn and burn” miles on both airlines’ flights, said Geragthy. Details on earning elite-qualifying credits as part of the deal have not yet been divulged.

JetBlue’s decision to close its Long Beach (LGB) base and replace it with one at LAX has many industry watchers scratching their heads. While both airports serve the same region, Long Beach was a small, easy-to-navigate alternative to the congestion -- and competition -- of its much larger neighbor.

“The West Coast move allows us to take advantage of reduced capacity by our competitors,” said Geraghty acknowledging the greater competition at LAX. She did not say what would happen when competitors, including giants American, Delta, Southwest and United Airlines, resume much of their pre-pandemic flying.

Geraghty added that the cost savings of serving just one airport instead of two coupled with the better revenue performance of JetBlue’s existing LAX flights creates a “great opportunity” for the airline.

The airline’s strategy at LAX looks to be targeted toward flexible, leisure flyers more than lucrative business travelers. Its initial schedule between Los Angeles and Austin (AUS), Las Vegas (LAS), Reno (RNO), Salt Lake City (SLC), San Francisco (SFO) and Seattle (SEA) -- the six routes it adds on Oct. 7 -- shows no more than two daily flights on any route, according to Cirium schedules.

JetBlue plans to add both new international and U.S. domestic routes from LAX by 2025, said Geraghty.

JetBlue posted a $450 million loss before taxes during the three months ending in June on Tuesday. The loss was expected as the period covered the most challenging time for airlines to date during the pandemic.

The carrier saw the return of travelers stall with the rise of COVID-19 infections and other travel restrictions in parts of the U.S. at the beginning of July. As a result, it has cut August flying and plans to fly at most 55% of what it flew a year ago during the three months ending in September, said Geraghty.

"The autumn of our discontent... appears to have arrived with greater voracity than feared," wrote J.P. Morgan analyst Jamie Baker in a report on JetBlue's earnings on Tuesday. He first warned of a possible autumn of discontent in June.

JetBlue’s current plans -- subject to the trajectory of what Hayes calls a “choppy” recovery -- call for it to be around a third smaller at the end of 2020 than it was a year earlier.

Furloughs remain on the table for JetBlue staff. However, chief financial officer Steve Priest said company officials “believe we have a path” to avoiding them owing to the roughly 25% of staff that have taken either a voluntary departure package or some form of unpaid leave.

In addition, JetBlue continues to evaluate the future of its fleet. Some aircraft retirements are likely, including removing its 60-plane strong fleet of Embraer E190s earlier than the current 2025 plan, but no decisions have been made, said Priest.

Related: Airlines face a tough fall after that summer uptick

Featured image by (Photo by CarterAerial/Shutterstock)