Articles
Mike Arnot is the founder of Boarding Pass NYC, a New York-based travel brand and a marketing consultant to airlines. A private pilot, he can sometimes be found above the skies of New York City.
Follow
July 05, 2018
•
3 min read 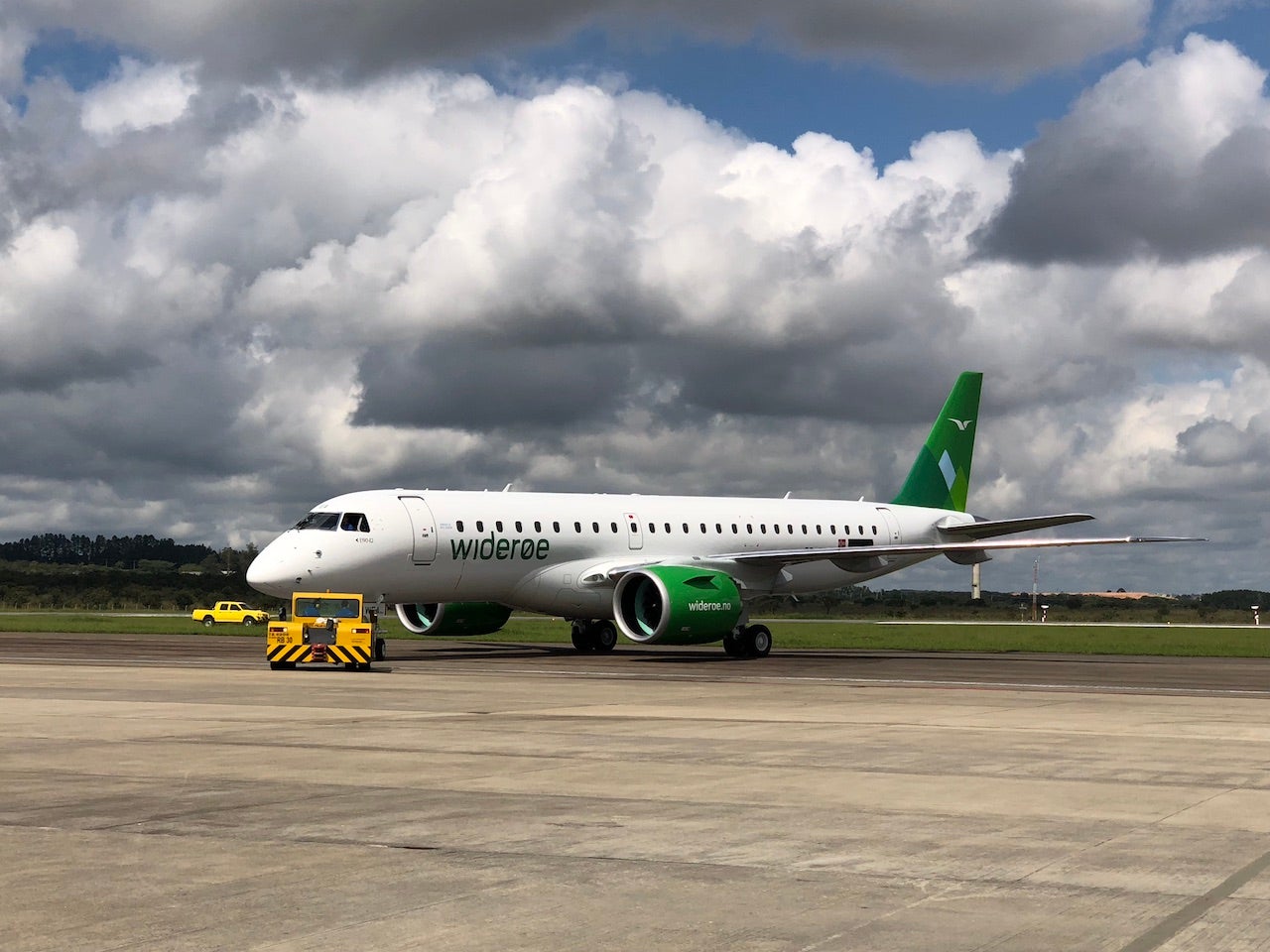 It’s Official: Embraer Commercial Planes Will Now Be Boeings
This post contains references to products from one or more of our advertisers. We may receive compensation when you click on links to those products. Terms apply to the offers listed on this page. For an explanation of our Advertising Policy, visit this page.

Boeing and Embraer jointly announced Thursday morning they have established a strategic partnership. The two aircraft manufacturers will form a joint venture to operate Embraer's commercial aircraft division. Embraer is the manufacturer of popular regional jets such as the E-175 and E-190. The company recently introduced the E2 series of single-aisle aircraft which seats 100+ passengers and competes directly with the Airbus-Bombardier C Series.

After months of negotiations and having received the approval of the Brazilian government, the parties made the announcement in a press release before markets opened.

Boeing will hold 80 percent of the the joint venture with Embraer holding the remaining 20 percent. Embraer's commercial aircraft division was valued at US$4.75 billion. According to the release, the transaction is expected to close by the end of 2019. The initial step in the transaction was to sign a non-binding Memorandum of Understanding with a formal proposal to create the joint venture. Definitive operational and transactional agreements will then need to be approved by shareholders of both companies and the Brazilian government.

The JV will be led by Brazil-based management with Boeing taking operational and management control of the new company. That management will report to Boeing CEO and Chairman Dennis Muilenburg.

"By forging this strategic partnership, we will be ideally positioned to generate significant value for both companies' customers, employees and shareholders – and for Brazil and the United States," said Muilenburg in the joint release.

"The agreement with Boeing will create the most important strategic partnership in the aerospace industry, strengthening both companies' leadership in the global market," said Paulo Cesar de Souza e Silva, Embraer Chief Executive Officer and President.

The announcement follows on the heels of Airbus acquiring a majority ownership stake in Bombardier's C Series aircraft, which closed on July 1. That transaction is expected to bring the full power of Airbus' sales, supply chain and support infrastructure to selling the C Series.

Similarly, Boeing will integrate Embraer products into its operations. Boeing noted in the release that the JV would allow it and the JV to offer "a comprehensive, highly complementary commercial airplane portfolio that ranges from 70 seats to more than 450 seats and freighters."

"Boeing saw an opportunity here because Embraer was under a great deal of pressure," said Richard Aboulafia, an aerospace industry expert, in an email. The Brazilian planemaker was already in heated competition with Bombardier for regional jets; JetBlue is considering the C Series to replace Embraer's E-190s.

Later this month aircraft manufacturers gather at the Farnborough Air Show to vie for attention, release their market outlook reports, and announce sales of aircraft. It is rumored that Airbus will rename the C Series as the A210 and A230 at Farnborough. As the Boeing-Embraer JV transaction is not closed, the two companies will likely operate independently at the event. It's possible that eventually Embraer's civilian jets will be renamed under Boeing product names. (Embraer also makes military aircraft, but those programs will not be owned by Boeing and remain under Brazilian control.)

The timing of both transactions highlights that the two major plane makers continue to battle tit-for-tat for aerospace domination.