Is It Safe to Travel to Hong Kong As Protests Mount? 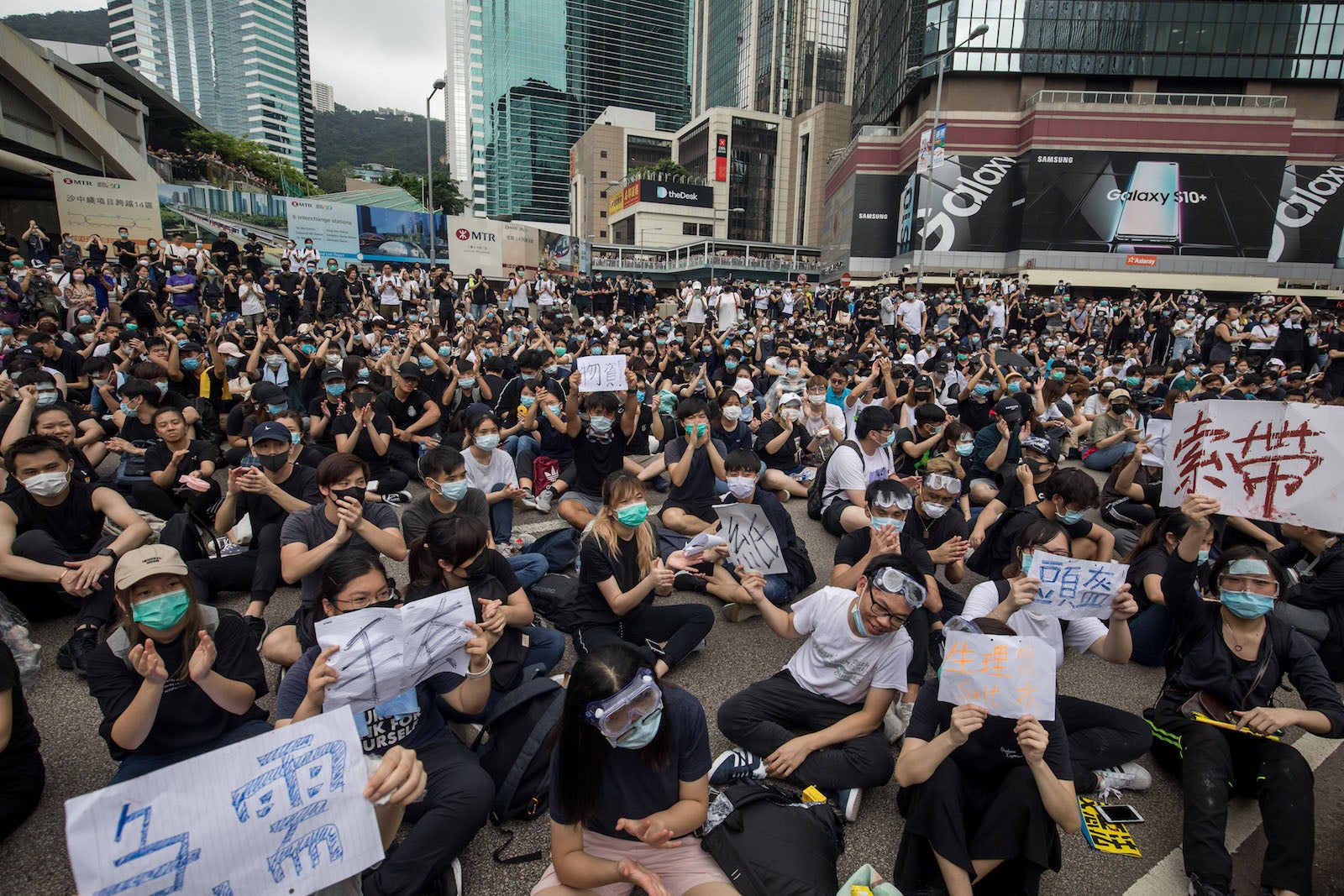 Is It Safe to Travel to Hong Kong As Protests Mount?
This post contains references to products from one or more of our advertisers. We may receive compensation when you click on links to those products. Terms apply to the offers listed on this page. For an explanation of our Advertising Policy, visit this page.

Hong Kong is in the midst of serious civil unrest that has spilled into major commercial districts of the semiautonomous city. This may be the worst political crisis facing the former British territory since it was returned to Chinese control in 1997.

"Despite what is going on and seen on TV, the majority of Hong Kong continues as normal," he said in an email. "The rest of Hong Kong goes on as normal, but with roads closed sporadically, it’s best to stick to the metro. ... No one knows how long the protests will last, to what size or intensity. Daily life will go on in Hong Kong regardless."

At stake is a controversial new law that would let the Hong Kong government extradite people to mainland China. Opponents say it'll be used as a tool to hand political figures, foreigners and journalists over to Beijing's control.

On Sunday, a protest march against the law, the largest since the 1997 handover, turned into a violent clash at the Legislative Council Complex when marchers stormed the barricades and clashed with police. Reports estimated that protest numbered in the hundreds of thousands.

On Wednesday, tens of thousands gathered again as legislators prepared to debate the bill, but when protesters blocked roads near the legislative chamber, the debate was called off. Nevertheless, the protesters vowed to remain, saying they didn't trust the government not to rubber-stamp the legislation once the crowds left, and set up first-aid and food tents for what appeared to be long-term protest.

Claiming they now had a riot on their hands, police then responded by firing rubber bullets and tear gas into the crowd of demonstrators. To avoid the gas, masses of protestors fled into major shopping districts in Hong Kong. In Wan Chai, one of the island's most vibrant commercial neighborhoods, riot police and protesters were locked in a standoff Wednesday night. There were reports of large gatherings of opponents of the law in Central, the city's primary business district, including people arming themselves with bricks and tools from a construction site near the barricaded People's Liberation Army Building. Police and protesters stood off against one another in front of the Bank of America Tower, also in Central. Along Harcourt Road, the thoroughfare connecting the two districts, police manned barricades through the night.

Hong Kong police reported at least 21 injured officers Wednesday night. It wasn't clear how many civilians were hurt. At least one administrator of an instant-messaging group was arrested Wednesday night on charges he helped coordinate a blockade of road.

Amnesty International condemned what it they called excessive use of force by Hong Kong police.

At least one subway station, Admiralty MTR, has been closed, roads into Wan Chai and Central closed off, and bus routes diverted. Hong Kong's tourism board has canceled the planned Dragon Boat Festival, and private cars were being used to block intersections in Central.

Police nixed plans for groups opposing the extradition law to hold another rally Thursday. In response, protest leaders have called for a general citywide strike.