Articles
Melanie Lieberman is the managing editor for global features and manages destination, hotel, cruise and product features and news. Formerly a Travel + Leisure editor, her work appears in Bloomberg Pursuits, Jetsetter, Saveur and others.
Follow
May 02, 2022
•
6 min read 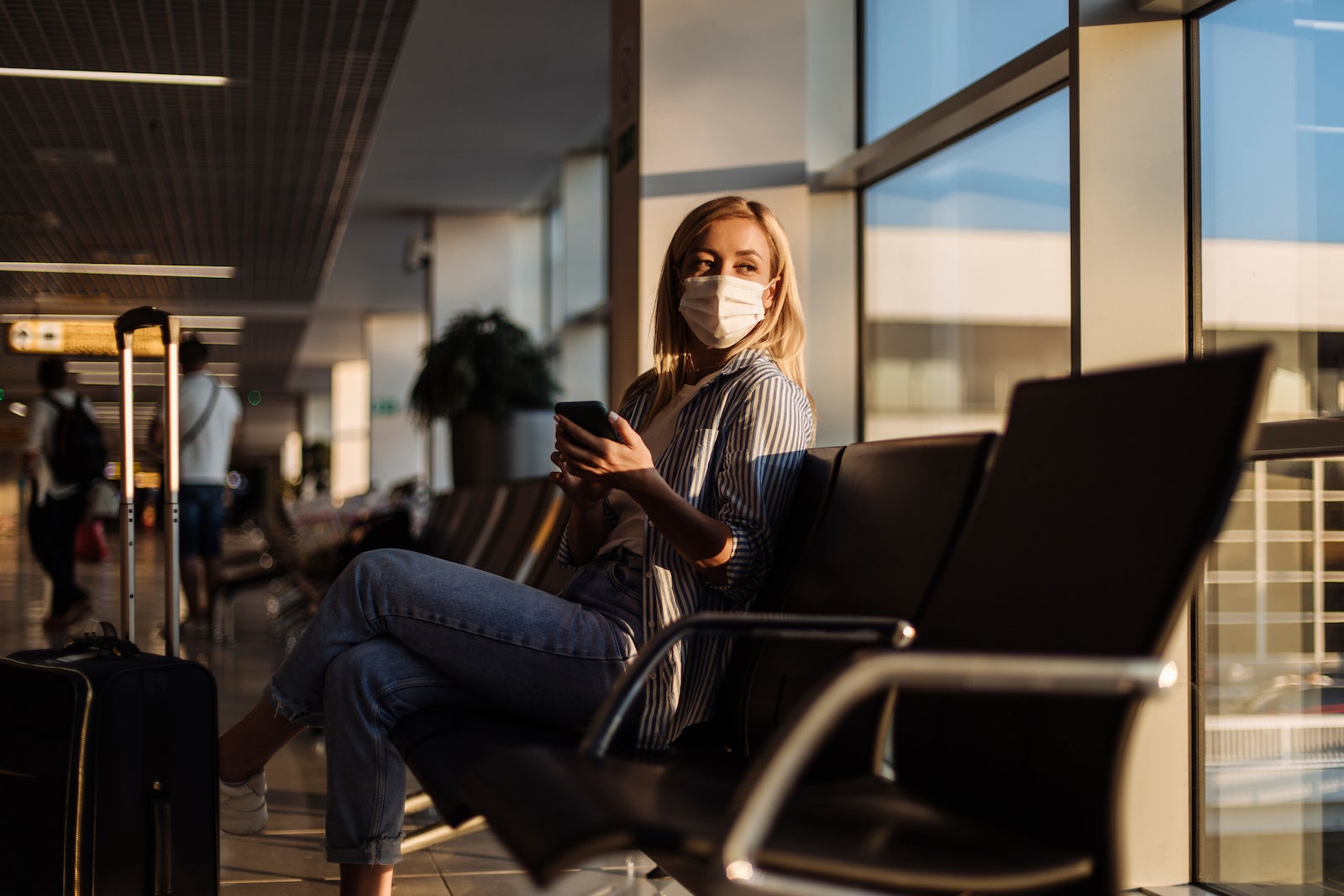 It's been more than a year and three months since the United States began requiring a negative COVID-19 test result for all travelers 2 and older flying into the country from abroad.

Unsurprisingly, the answer is quite a few Americans who see the lingering test mandate as a serious downside to international travel.

In a survey of more than 2,840 TPG readers conducted with SurveyMonkey between April 11 and April 17, more than half (53.1%) of respondents said they'd be more likely to travel internationally if there wasn't a testing requirement to reenter the U.S.

A barrier to travel

Kelley Jones, a TPG reader from Fort Lauderdale, Florida, is among those who see the testing requirement as a distinct "barrier to travel."

Jones said she hasn't "even looked to schedule or reschedule" international trips she had on her docket, including Canada, and won't until the testing requirement is scrapped.

A not-unfounded fear of being stranded abroad is certainly shared by many travelers who have seen friends, family members and colleagues unable to return home after testing positive in a foreign country. Some travelers cited the hassle of the process and the cost. Others called it "annoying" and "stressful."

Even among Americans who may not travel as frequently as many TPG readers, the testing requirement is clearly affecting some people's decision to stay closer to home.

Though the vast majority of our survey respondents are not planning international travel this year, the COVID-19 entry test requirement imposed by the U.S. is a decision-tipping factor for some.

The testing mandate is a contentious policy that many travelers and members of the travel industry deem ineffective and out of touch.

Throughout 2022, many destinations have loosened their COVID-19-related travel restrictions significantly. In some countries, tests are no longer required at all for travelers who are fully vaccinated. Canada, for instance, dropped its pre-arrival testing requirement for fully vaccinated travelers on April 1. Iceland, the United Kingdom and Jamaica are among other popular destinations that also recently scrapped COVID-19 testing requirements.

Even while face mask mandates have come and gone, the rule requiring that all travelers — regardless of vaccination status — show proof of a negative COVID-19 test when entering the U.S. has only become more onerous. The country's current policy, which has been in place since early December 2021, shrank the testing window from three days before a departing flight to the U.S. to just a single day.

In short, it's more difficult for travelers to know they'll receive their results in time to fly — and getting COVID-19 tests expedited can be much more expensive. Those factors alone have taken travel off the table for many people.

“With vaccination rates higher than previous, pre-travel testing is low yield in terms of catching positive cases while studies have shown that ventilation and mask-wearing makes the transmission negligible,” said Dr. Jenny Yu, M.D. earlier this year, the head of medical affairs at Healthline Media (which is owned by TPG's parent company, Red Ventures).

“Both of these measures carry [a] burden for airlines and travelers, [and] with fluctuation of variant cases as we move forward, it would make sense to stick with the measure that reduces the risks most — and the science points to mask-wearing," she added.

No plans to change

Despite persistent pleas from the travel industry, including the CEOs of major airlines, the White House said in April month it had no immediate plans to lift the inbound COVID-19 testing requirement.

Most recently, a group of 16 members of Congress comprising both Democrats and Republicans issued a letter to President Joe Biden requesting that vaccinated travelers, at least, be exempt from the testing requirement. The letter was commended by the American Society of Travel Advisors, according to Travelmarket Report.

At the end of March, U.S. airlines also delivered a letter to the White House via the industry’s trade and lobbying organization, Airlines for America, claiming that "much has changed since these measures [the testing and mask mandate for travel] were imposed and they no longer make sense in the current public health context.”

Until the COVID-19 testing requirement is lifted, many travelers like Jody Rosenberg of Pine Brook, New Jersey, may continue to opt out of international trips.

Rosenberg said a couple of false-positive tests made her "skittish to tempt the fates," and she has deferred trips to Portugal and South Africa, among other countries.

"We are vaccinated and [boosted] but ... we would literally lose income if we had to remain overseas due to a positive test," she said.

"We are hoping to go to Portugal in 2023, but that will be a game-time decision," she said, adding that she hopes "the return testing requirement is eliminated by then."

Of course, not all travelers have deferred their international plans until the test mandate lifts.

"We have kept traveling," TPG reader Madelyn McConnell of Boerne, Texas, said last month. "The testing is a pain and costly, but our family of six has been to Uganda, Belgium, Mexico and Rwanda in the past two months and [is] about to go to India. ... We would probably look forward to traveling more without the testing and prefer it that way, but it hasn't slowed us down."

Likewise, Gene Archuletta of Camarillo, California, called it "the 'cost' of travel at the moment."

And the COVID-19 test is just one of many factors influencing how and where Americans travel this year — if they travel at all. In the YouGov survey, cost was the single greatest factor (41%) affecting travel decisions, followed by health concerns (25%) and then COVID-19 testing requirements (17%).

All figures for the YouGov survey, unless otherwise stated, are from YouGov Plc. The total sample size was 2,426 adults. Fieldwork was undertaken between April 13 and April 15, 2022. The survey was carried out online. The figures have been weighted and are representative of all U.S. adults (aged 18 and older).