Articles
Samantha Rosen was one of the first 20 employees at TPG. She started as the site's first full-time social media editor and also served as its lifestyle editor.
Follow
Sept. 16, 2019
•
6 min read 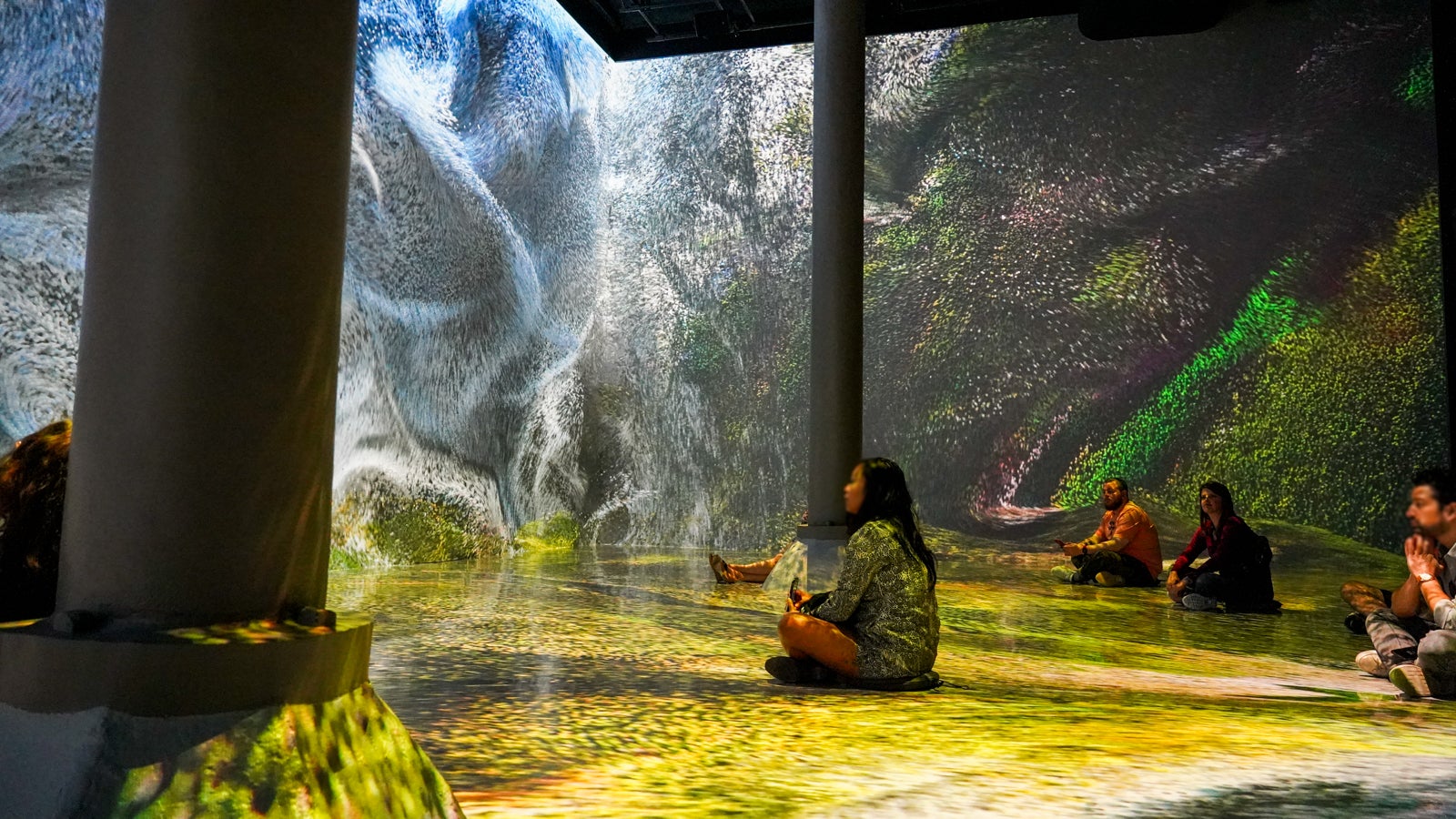 There's a brand-new Matrix-style art exhibit hiding under NYC's Chelsea Market
This post contains references to products from one or more of our advertisers. We may receive compensation when you click on links to those products. Terms apply to the offers listed on this page. For an explanation of our Advertising Policy, visit this page.

New York is now home to a brand-new exhibit that combines art, technology and science — and we have a feeling lines are going to be out the door soon. It's called Artechouse and it's hidden below the city's popular Chelsea Market, in a 100-year-old boiler room. The inaugural exhibit, created by a Turkish artist named Refik Anadol, opened to the public on September 6.

According to Artechouse's website, the exhibit itself is named "Machine Hallucination" since it was created, in part, with artificial intelligence. It's an "experiment in interwoven sensory experiences, applying machine learning algorithms to a data set of more than 3 million images — representing a wide-range of architectural styles and movements — to reveal the hidden connections between these moments in architectural history." In short, it's a wall-to-wall sensory overload.

Getting to Artechouse is a bit of a trek, not to mention a scavenger hunt. First, you'll have to get to Chelsea Market, and although it's inside, you have to enter from 15th Street. There is no large street sign or even a sign advertising the space in sight. In fact, it's behind two big, black doors, right across from Milk Studios. I tried to enter from inside the market, and was told conflicting directions. Ultimately, a security guard told me I would have to go outside first. Moral of the story: Be prepared for a little bit of a wild goose chase.

Once inside, a staffer will show you a quick, three-minute video that gives a bit more context to the installation. Artechouse was founded in Washington, D.C., and recently opened another exhibit in Miami Beach. The New York City installation is the organization's newest.

After the video, they'll walk you to the doors of the exhibit. Once inside, you'll be engulfed in the dark room and transfixed on all of the colors and sounds. There are two floors: The mezzanine level houses a bar, complete with virtual-reality drinks. You'll have to download the app to get them, but there was no Wi-Fi to do so.

The lower level features the main exhibit. It's a wall-to-wall with different colors, shapes and even sounds. It wasn't busy, and everyone was sitting on the floor just taking it all in. A staffer even came by to give me a small pillow to sit on.

While the exhibit doesn't limit your time inside, 45 to 60 minutes is recommended. I was there for no more than 10, and while it was pretty peaceful and fun to look at, I was definitely getting motion sickness. The floors and walls are constantly "moving" so it's challenging to make yourself feel grounded.

If you want to get a taste of the exhibit without being fully immersed in it, go back up to the mezzanine level to watch it from above.

The exhibit easily went through tens of different visuals during the time that I was there.

The exhibit also featured a small alcove with screens that explained a little bit more of the technology behind the art.

The colors and shape changed often.

While Artechouse was certainly a cool way to spend a morning, there are plenty of other ways you can spend almost $30 in the city. The exhibit is undoubtedly very Instagram-friendly, but that's about it. Yes, it's fun to sit on the floor and immerse yourself in the sounds and sights — but honestly, after a few minutes, it gets a little nauseating.

My advice? Save your money, and go visit one of New York's iconic art museums instead.