Volcanic activity in Iceland: 6 things you should know before getting too close 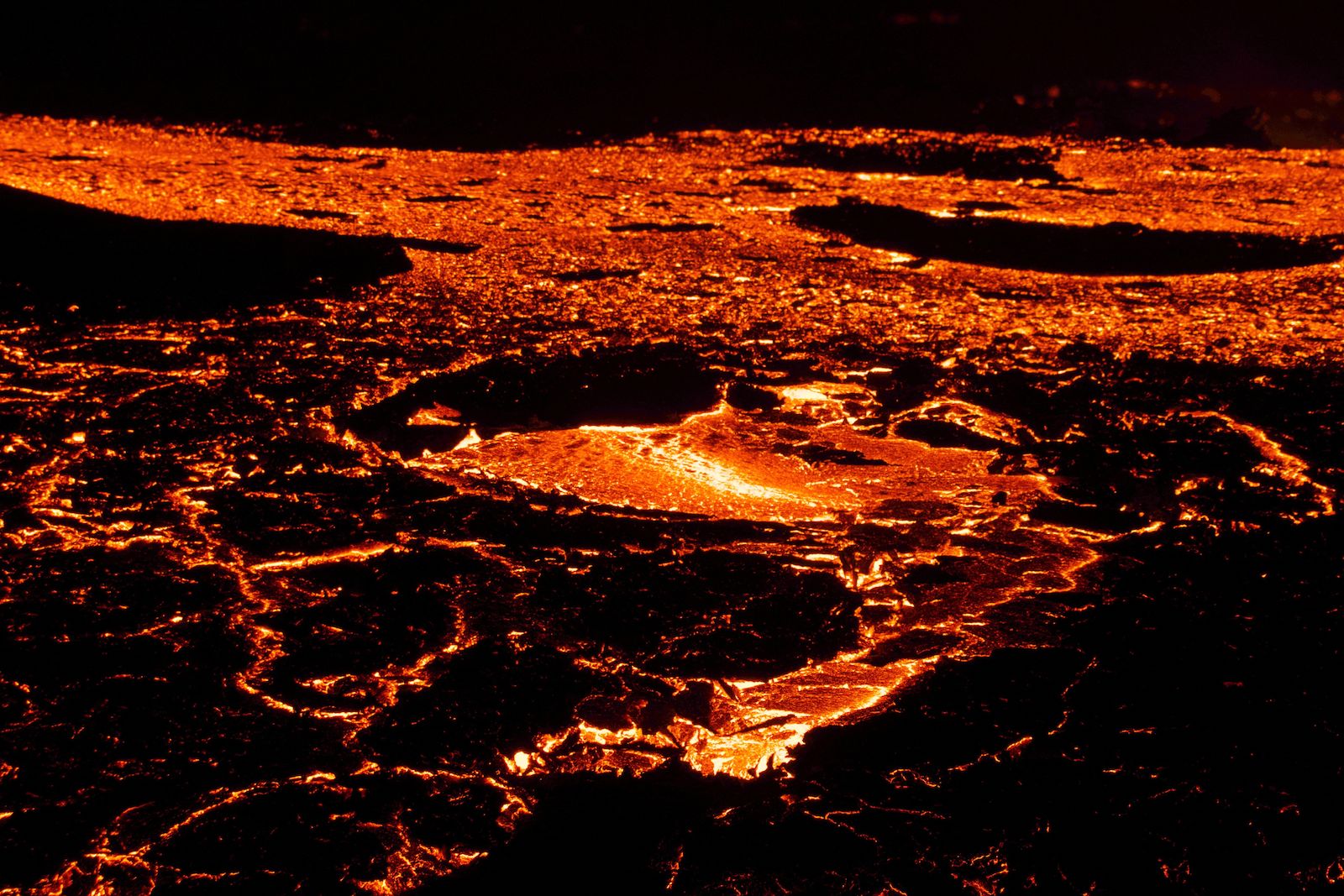 For the second straight year, part of Iceland is dealing with the impact of a volcanic eruption.

The latest volcanic activity came to a head last week north of Mount Stori-Hrutur, which is in southwest Iceland near the town of Grindavik on the Reykjanes Peninsula, according to Iceland’s government.

The volcanic activity is happening about 9 miles from Keflavik Airport (KEF), which is a key airport many travelers use when visiting the country. The area isn't far from the location of last spring's eruption that lasted six months.

Fortunately, as of last week, the Icelandic Ministry for Foreign Affairs said the risk to heavily populated areas and critical infrastructure from the volcano was low, and international air travel was not expected to be affected.

As of midday Sunday, for instance, data from FlightAware did not show the airport among those in the world with significant flight disruptions.

At the same time, volcanic activity — in a popular tourist destination, no less — does raise important questions about safety for those who happen to be visiting the region or those that are drawn to the area specifically because of the volcanic activity.

A dangerous situation if you get too close

When you look at images of the lava and fissures in Iceland, there’s a good chance two thoughts come to your mind: No. 1, the images are just incredible to look at. No. 2, it’s clearly dangerous to get too close.

With that being said, here are some things you should know if you plan to attempt to see an active volcano up close (or closer, at least) or if you end up caught in a situation like the one in Iceland or those we’ve seen develop in the past in Hawaii and Indonesia.

Related: 9 common mistakes you don't want to make in Iceland

The situation can change rapidly

One of the particularly dangerous things about volcanoes is that their behavior can be quite unpredictable.

“Volcanic eruptions can be hazardous and change at any time,” the National Park Service warns on its safety page for Hawaii Volcanoes National Park.

There “will be some indication that a volcano may erupt,” the U.S. Geological Survey adds while noting the time between the earliest indications of “unrest” and an actual eruption can vary significantly. It could be days, weeks or even months between the early warning signs and a more significant volcanic event.

For that reason, if you’re planning a trip to an area near a volcano, it’s a good idea to keep a close eye on forecasts.

In southwest Iceland, currently, the Icelandic Meteorological Office has set up a weather station in the vicinity of the volcanic activity and is taking measurements each hour.

Make sure you know your way around … and out

If you’re going to be in the vicinity of a volcano, the USGS recommends you become familiar with evacuation routes.

This is important in case the situation changes — whether it’s a new eruption, an acceleration of one or a shift in the wind changing the direction of the flow of toxic ash and fumes.

It’s probably a good idea, in fact, to have multiple exit routes in mind.

Stay on marked trails and watch where you step

This is generally a pretty good rule of thumb for any type of hiking, but certainly, the stakes are a bit higher when visiting the site of a volcano.

The NPS recommends visitors to volcanic sites stay far away from cliffs, cracks and steam vents, which, on top of the volcanic-related concerns, can be unstable and slippery and have the potential to collapse.

The NPS also suggests carrying extra water while hiking since the areas can become very hot.

When it comes to volcanic activity, a big part of the danger is the venting that goes on, as well as the lofting of fumes and ash into the air.

Areas immediately around the eruption vent are the most dangerous, according to the USGS. Areas downwind of that vent are also at risk from tephra and ash falls.

The USGS analyzes wind conditions in the midst of volcanic activity to determine which areas are most at risk. That being said, we also know wind speed and direction can change quickly, so it’s something that has to be monitored.

It is “safer to watch the eruption with the wind direction behind you, rather than toward you,” its experts caution.

Being downslope and downstream is also a concern

The lava flow is the concern here. Streams and river valleys can become polluted.

Icelandic officials have cautioned that you should think of your pets in these situations, too — if they’ve made a trip with you.

Dogs are closer to the ground than humans, and therefore more exposed to the pollution (gas and otherwise) that takes place, Iceland’s Meteorological Office points out.

When it comes to the fumes, the NPS adds that those with heart or respiratory problems, infants, young children and those who are pregnant can be more susceptible to the fumes.

You may be better on a ridge than in a valley

This is something you must think about when the wind is calm or when there’s barely any wind at all. In these situations, gases can accumulate in valleys, Iceland’s Meteorological Office says.

This can put the valley area at risk.

Experts suggest moving to higher ground like a mountain or ridge (though not just above the eruption, either, of course).

So, how close should you get?

It almost goes without saying, but getting too close to an erupting volcano — however spectacular the photos might be — can be a very dangerous decision.

Certainly, specific recommendations on how close you can safely get will depend greatly on the factors discussed above — current volcanic activity, wind direction and other conditions.

Researchers in New Zealand note that the safe distance from an active volcano is generally five kilometers (3.1 miles) or more, but it’s always a good idea to check for the latest developments.

Getting any closer can put the traveler at risk for key ash fall and volcanic gas hazards.

There’s no hard-and-fast rule when it comes to a safe distance for observing volcanic activity, given the rapidly changing nature of each such situation.

However, if you do venture close to a situation like the one in Iceland, you’ll certainly want to be closely attuned to the latest weather forecast — particularly as it pertains to wind direction — and have a plan to get out if the situation changes ... which it often does.

Related stories
Legislation that could gut credit card rewards set to move through Congress
Would you stay at 1 of these 8 haunted hotels this Halloween?
Southwest winter flash sale: Get one-way flights for as low as $29
You can currently buy points and miles with up to a 100% bonus — but should you?
Featured image by AFP via Getty Images
Editorial disclaimer: Opinions expressed here are the author’s alone, not those of any bank, credit card issuer, airline or hotel chain, and have not been reviewed, approved or otherwise endorsed by any of these entities.