How to Ride out an Earthquake at an Airport 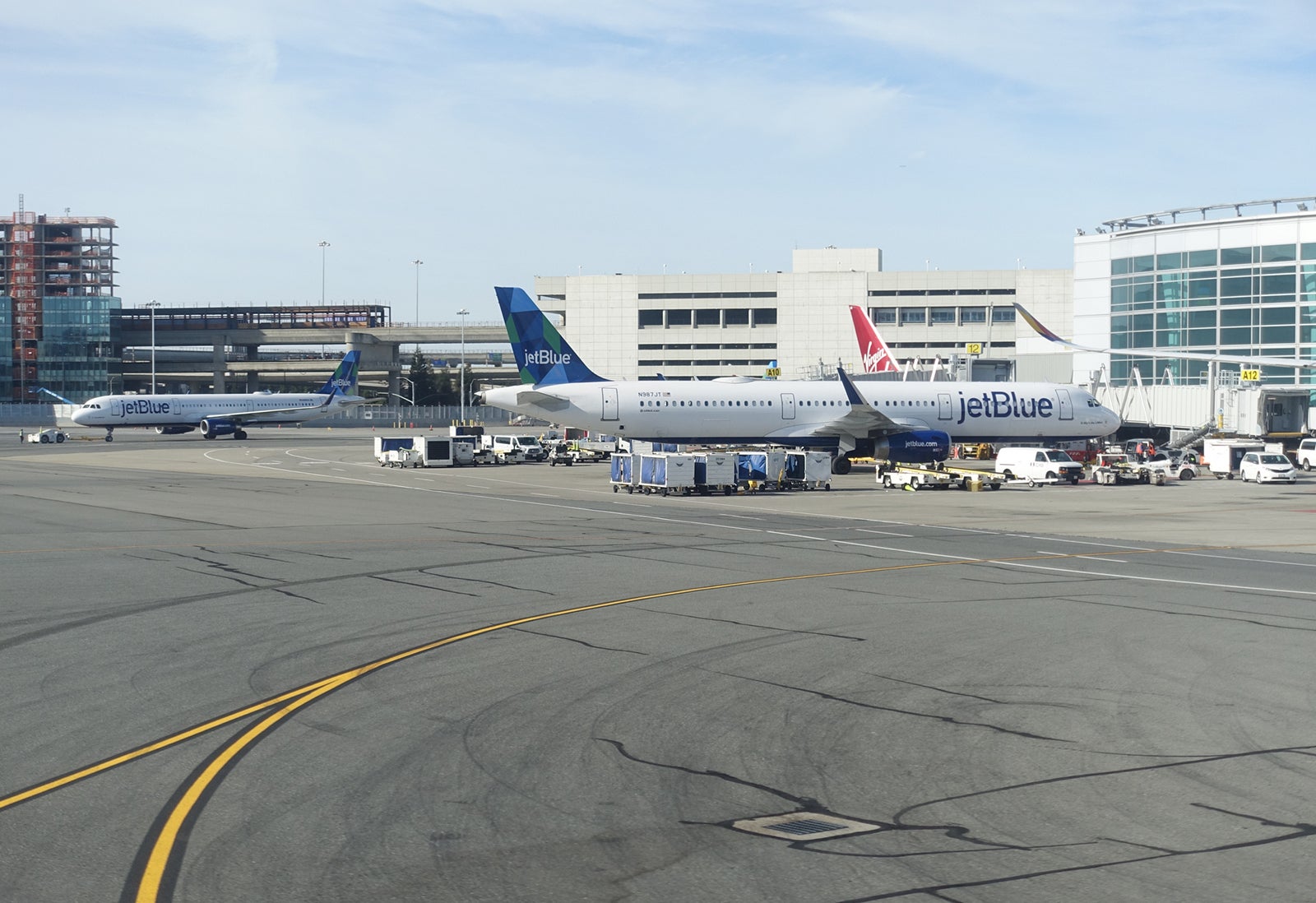 How to Ride out an Earthquake at an Airport
This post contains references to products from one or more of our advertisers. We may receive compensation when you click on links to those products. Terms apply to the offers listed on this page. For an explanation of our Advertising Policy, visit this page.

A series of earthquakes and aftershocks hit the American West during the July Fourth weekend. Earthquakes have no effect on planes in flight of course, but ground transportation and infrastructure is much more susceptible to damage, which can ultimately mean delays or cancelations for flyers, too.

Travelers who plan to visit earthquake-prone areas don’t need to be too alarmed, but should keep some simple safety precautions in mind so they’re not caught off-guard if the ground starts shaking.

“The best thing you can do is drop, cover and hold on,” said Jason Ballmann, spokesman for the Southern California Earthquake Center. Whether you’re in an airport or anywhere else on your travels, it’s important to get down on the ground, and at least cover your head and neck to protect those vulnerable parts of your body from potential debris.

Ballmann also said if you happen to be on an airplane on the ground when an earthquake hits, you can assume the same brace position you would for an emergency landing.

San Francisco International Airport spokesman Doug Yakel said that planes, even on the ground, are a pretty safe place to be during an earthquake.

“One of the concerns when you’re outside of a building is glass or sections of a building or trees coming down, and that’s not something we have out on the runway,” he said. “There’s obviously not a lot of tall things around runways by design.”

Ballmann added it never hurts to come over-prepared to an earthquake zone.

“It’s OK to pack some extra first aid supplies into your suitcase,” he said. “This is the kind of stuff that can really make or break your trip in a different way.”

Airports like SFO put significant effort and planning into making sure they’re ready for earthquakes, too.

Yakel said the airport has procedures in place to recover operations as quickly and safely as possible after one hits.

“We have a department that’s called airfield operations. It’s a group of individuals whose job is basically to make sure all the surfaces that aircraft would operate on are safe and functional,” Yakel said.

After an earthquake stops, members of the airfield operations team drive the length of every runway and taxiway to look for imperfections like cracks in the pavement or debris that could pose a danger to aircraft. Such inspections happen multiple times a day anyway, but Yakel said completing them is a top priority after an earthquake, because doing so ensures the airport is structurally able to handle aircraft movements.

SFO also has the ability to send FEMA-style emergency alerts directly to passenger’s cell phones on the property.

“I would picture us using that capability in the event of an earthquake to give guidance to people so if we were getting information that a particular location or area had sustained damage during an earthquake” we could send information to passengers to stay away from that area, Yakel said.

He also noted that SFO is constructed and renovated with earthquakes in mind. Structures like the airport's International Terminal and control tower were built with design features like base isolation and vertical post tensioning, which are meant to help them withstand major earthquakes. Base-isolation allows buildings to move independently of the ground beneath them, so they wind up staying more still in earthquakes than buildings with traditional foundations. Post tensioning systems help structures remain vertical during earthquakes.

For passengers, that all means that, so long as they find cover quickly, they should remain fairly safe if they’re preparing to fly when an earthquake hits.