How to Get to American Samoa, America&#8217;s Hidden Tropical Paradise

Articles
Darren Murph holds a Guinness World Record as the planet's most prolific professional blogger. He's an explorer at heart, having traversed nearly 50 countries and all 50 US states. He's flown over one million miles on Delta alone, and serves as a senior writer at TPG.
Follow
Aug. 16, 2018
•
7 min read 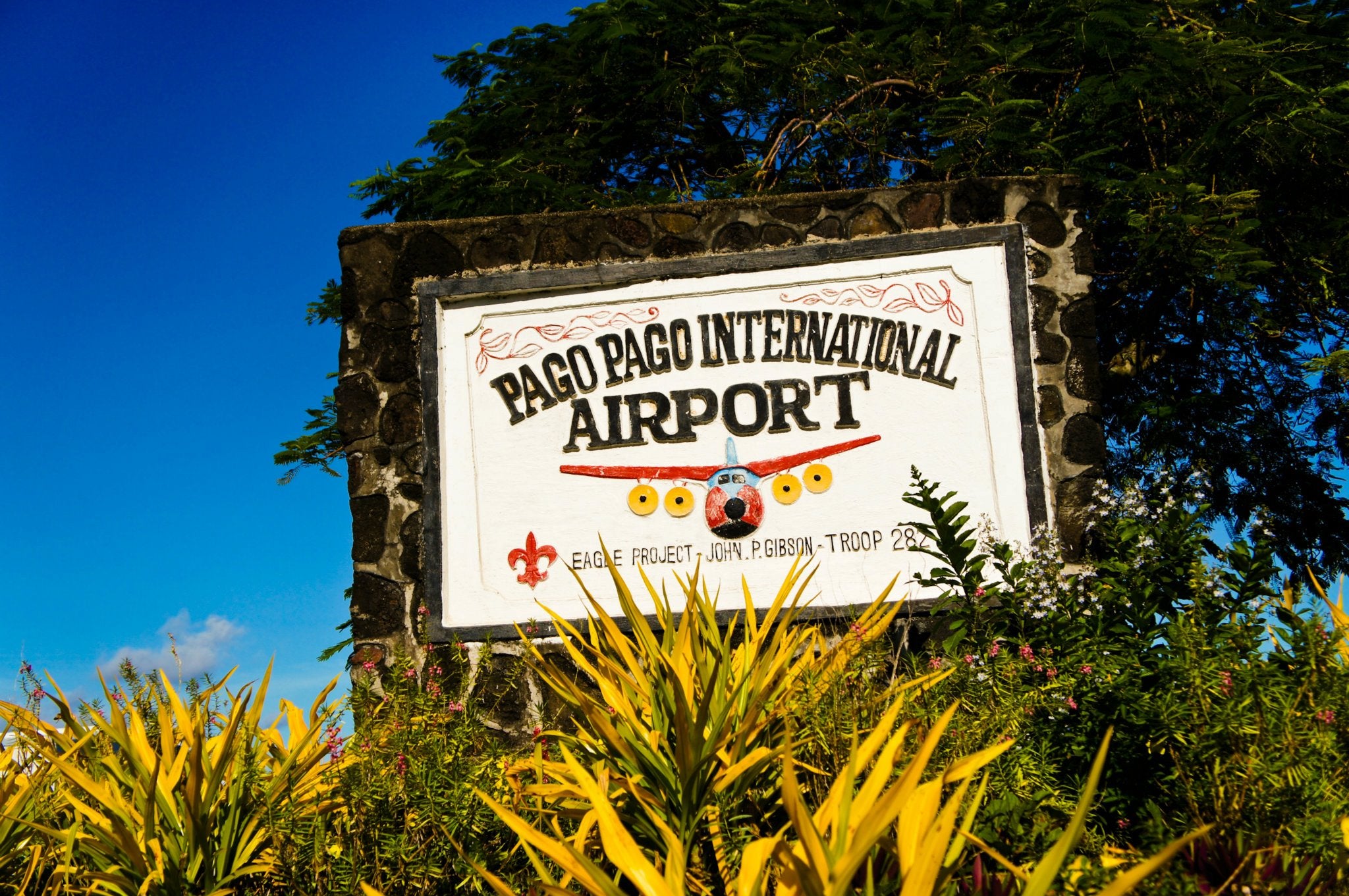 How to Get to American Samoa, America&#8217;s Hidden Tropical Paradise
This post contains references to products from one or more of our advertisers. We may receive compensation when you click on links to those products. Terms apply to the offers listed on this page. For an explanation of our Advertising Policy, visit this page.

For having the word "America" in its name, American Samoa is pretty far removed from the US. A jewel of the South Pacific, American Samoa is an unincorporated territory of the United States, and it's home to one of the least visited national parks in the entire park system: The National Park of American Samoa.

For explorers and park junkies, this particular one is high on the list of must-dos. The only trouble? Getting to American Samoa.

Pago Pago International Airport (PPG), located on the island of Tutuila, is essentially the territory's only significant link to the rest of the world. Currently, the only scheduled flights are to three other islands: Samoa, Tonga, and O'ahu, Hawaii. You read that correctly: Hawaiian Airlines flies directly from Daniel K. Inouye International Airport (HNL) to Pago Pago (PPG) two times per week on Monday and Thursday, which creates an ideal opportunity for island lovers and savvy points collectors alike to visit one of the most remote places on Earth.

Can I Use Points and Miles to Visit American Samoa?

Why, yes! While Hawaiian Airlines prices this flight fairly consistently on a cash basis (around $560 one-way, or just under $1,000 roundtrip in economy), you can use points and miles as well. Pago Pago PPG falls in Hawaiian's "South Pacific" bucket in terms of award redemptions, which prices Coach SuperSaver tickets at 27,500 miles each way. First/Business class award seats can be had for 47,500 miles.

If you want to buy a ticket from Pago Pago back to North America, Coach SuperSaver prices out at 47,500 miles one-way, or 87,500 in First/Business.

Moreover, you can instantly transfer American Express Membership Rewards points to your Hawaiian Airlines HawaiianMiles account at a 1:1 ratio. So, if you're flush with Amex Membership Rewards points, you're flush with miles to use on a Hawaiian flight to Pago Pago — simply login to your Amex account and initiate the online transfer after you've found award space on dates that work for you using Hawaiian's online award search calendar.

When I visited American Samoa in 2012, I hopped 93 miles from Apia–Faleolo (APW) via Inter Island Airways (which is no longer operational), spent a few days on the island, and then proceeded to fly to Honolulu for several more sun-soaked days. Here are a few of my recommended routes to make the most of a visit to American Samoa.

The O'ahu – American Samoa holiday: Use FlyingBlue Miles – which you can transfer from Citi ThankYou Rewards, Amex Membership Rewards, and Chase Ultimate Rewards – to fly to and from Honolulu on Delta Air Lines for as little as 25,000 miles. Set your return date far enough out to sandwich a multi-day trip to American Samoa in between. Essentially, you'd book two roundtrip tickets. One to get you between home and Honolulu, and another to get you from Honolulu to Pago Pago (and back). For the Honolulu roundtrip, be sure to check out our guide outlining the best transfer partners for booking flights to Hawaii.

The Oceania – Samoa – American Samoa trifecta: You can't be 93 miles from The Independent State of Samoa (formerly known as Western Samoa) and not visit, right? Faleolo International Airport (APW) is far more connected than Pago Pago (PPG), allowing you to first enjoy New Zealand (Air New Zealand), Fiji (Fiji Airways), or Australia (Virgin Australia) before flying to Samoa, and onto American Samoa via Talofa Airways. All of the aforementioned locales can be reached by nonstop flights to the United States. In other words, if you've had any of those destinations on the brain, you could creatively route back home via Samoa and American Samoa rather than enduring a long nonstop back to California.

American Samoa consists of five main islands and two coral atolls, while The National Park of American Samoa covers 13,500 acres across pieces of three islands (Tutuila, Ofu, and Ta‘ū). The scenery there is otherworldly. Jagged cliffs rise up from the Pacific to meet thick jungle, teeming with life. It's quite easy to hike 20 miles in a day and spot only a couple of other humans. If you're looking to truly get away from it all, few places hit the mark as well as this.

It's also relatively unknown, and for AvGeeks, landing and departing from a remote airport such as PPG provides a thrill all its own. If you're already scoping out a trip to Oceania, but want to get creative on the return routing, planning a mid-trip visit to American Samoa is an ideal way to do so. Generally speaking, award availability is quite tight on long-haul flights between destinations in Oceania (e.g. Nadi, Auckland, Sydney, and Brisbane) and California. You're much more likely to find award availability between those locals and Samoa, American Samoa to Honolulu, and Honolulu back to the mainland.

While American Samoa is indeed a US territory, it's not a US state. Your phone will be roaming internationally, and you'll want to put purchases on a card that has no foreign transaction fees. With a bit of planning, a stash of Amex Membership Rewards points, and a fresh bottle of sunscreen, one of the world's most far-flung islands is within reach.