Historic airports that have stood the test of time 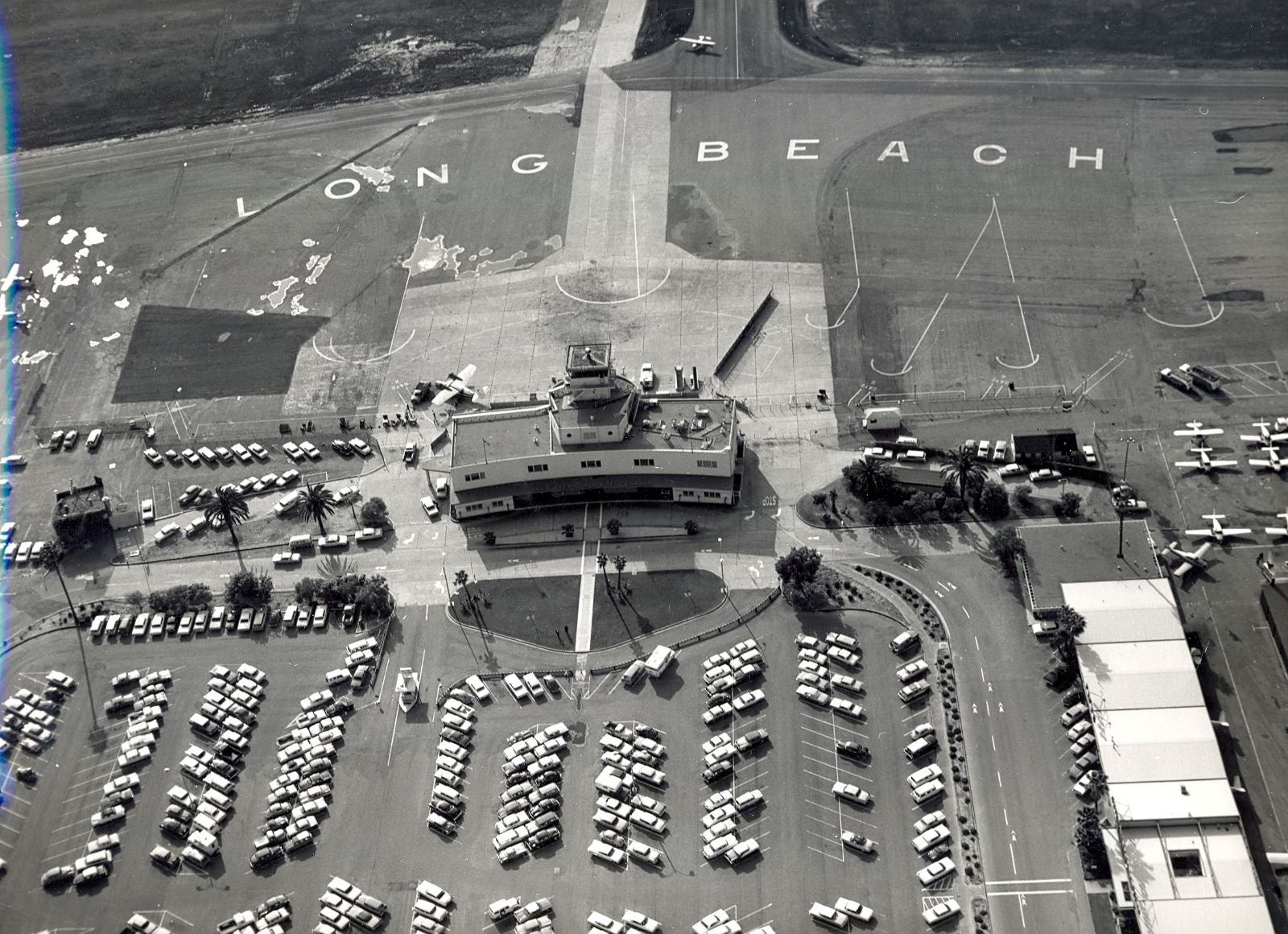 Airports are often a status symbol for the communities they serve as well as an opportunity for architects to test new ideas. This has been going on for nearly a century since commercial aviation was at an embryonic stage.

The years preceding World War II saw the construction of the first purpose-built airports, which presented architects with some rather interesting choices.

While some of them adapted the tried-and-tested aesthetic of the railway station to the new air terminals, quite a few others opted for more contemporary solutions, such as the Art Deco style that was popular at the time.

The massive growth of the airline industry in the post-war years, particularly after the advent of the jet era, meant that regardless of their architectural merit, most of those early airport facilities soon became obsolete because they were inadequate to cope with the requirements of modern aviation. And yet a handful of them managed to survive to this day, with some even managing to maintain their original aeronautical function.

What follows is a list of historical airport terminals that have been preserved in more or less their original condition.

Although no longer New Orleans’ main airport (that role is fulfilled now by Louis Armstrong international airport [MSY]), at the time of its inauguration in 1934, the Art Deco Lakefront terminal was considered the epitome of the state-of-the-art airport designed for the new era of air travel.

Back when most airports were little more than a shack next to an open field, Lakefront already had many of the amenities we would expect at present day airports, such as lounges, bars, cafeterias and a grand central hall.

The building was altered in the 1950s and 1960s when its Art Deco exterior was covered with huge solid slabs, and then in 2005, when its interior was severely damaged by flooding caused by Hurricane Katrina.

It was after that point that a comprehensive restoration project started, with the participation of numerous artisans and qualified specialists that restored Lakefront to its former glory.

There is currently no scheduled commercial service at Lakefront, but the airport is still used by general and executive aviation, as well as by some charter flights and military aircraft.

Long Beach is inextricably linked to the history of American aviation. Some epoch-defining aircraft, such as the DC series, were made here.

The old Douglas factory (which later became McDonnell-Douglas before being acquired by Boeing in the late 90s) closed down years ago, but Long Beach remains an active airport, serving the southern LA area with flights to several US destinations and a very active executive and general aviation scene.

Its passenger terminal, which opened in 1941, is still in use, complete with a whole collection of murals and mosaics depicting themes such as aviation, navigation, zodiac and constellations.

A front-line airfield during World War II, today it is used mainly by general aviation and emergency services. One of its hangars as well as its 1936 Art Deco terminal are listed in the British heritage registry, since they are considered buildings of historical interest.

The airport is home to the Shoreham Airport Collection (SAC), which explains the history of this airport and the early days of aviation. There are also tours available.

Looking more like some sort of grand government building than an airport terminal, the main facility at Braunschweig Wolfsburg Airport was completed in 1939, just months before the outbreak of World War II.

The airport would wait until the 1950s to recover its aeronautical function though, and until 1967 to get a paved runway.

Today, no scheduled commercial flights operate at the airport, but its proximity to Volkswagen’s headquarters, which runs a fleet of corporate aircraft through Volkswagen Airservice, ensures a constant stream of executive flights. The German aerospace research center (DLR) is also active at the site.

Related: 11 of the coolest airport hotels in Europe

It is perhaps this relegation to a secondary role that has allowed the airport to preserve its 1930s Art Deco building, which is used mainly for administration purposes nowadays.

The award-winning Vilhelm Lauritzen Terminal at Copenhagen airport, named after the architect that designed it, can be easily labeled as an architectural marvel.

Completed in 1936, its design was inspired by Le Corbusier and early modernism. Its elegant lines and diaphanous spaces, full of subtle details that convey the function of each area of the building, are an example of Nordic minimalism.

Interestingly, it is currently not at its original location. In 1999, the entire building was moved over two miles to its current location on the back of flatbed trucks. The terminal currently serves as a VIP facility welcoming, among others, heads of state and other high-ranking visitors to Denmark.

The airport, which is named after Brazilian aviation pioneer Alberto Santos-Dumont, has been preserved with some modifications. Its 1936 terminal is the airport’s arrivals area. Passengers going through it can also admire a couple of large paintings by Brazilian artist Cadmo Fausto de Sousa depicting old and new aviation.

Inaugurated in 1954, the old building at Ekaterinburg Koltsovo airport, which is located right next to the modern glass-and-steel one, is currently used as a VIP terminal, not just for executive aviation passengers, but for anyone willing to pay extra to use the palatial facility.

The airport’s website describes it as a mix of “Stalinist empire style, baroque, classical and Art Deco.”

Related: These Are The Best Airports to Connect in Europe

Historical airports with a new role

It is not just at operational airfields that the memory of the early decades of aviation lives on. A handful of historical airport facilities have also been preserved, although deprived of their original function.

More reminiscent of a Victorian train station than of an airport, Croydon was once London’s main commercial airport. In 1959 Heathrow became the main air gateway of the British capital and Croydon was closed down, but the terminal building remained.

Historic Croydon Airport, a volunteer-led organization strives to preserve this heritage and maintains a small museum and visitor center.

This was the original terminal building at London Gatwick airport [LGW], built in 1936.

The Beehive is considered to have been the world’s first integrated airport building, bringing a whole range of airport functions under a single structure. It was also the first airport to provide undercover access from terminal to aircraft, and the first to have a railway station within its premises.

Gatwick is Britain’s second busiest airport, but the Beehive lost its aeronautical function long ago and it is currently an office building.

Related: UK airlines ditch masks on flights — but you’ll still need to wear one on a US flight

For several decades, Le Bourget was the main airport serving the French capital. Today, it is perhaps better known for being the site of the Paris Air Show which takes place here on alternate years, as well as for being an important executive aviation base.

Its 1937 terminal was designed for the Universal Exhibition that took place in that year. It was then seriously damaged during World War II and subsequently rebuilt as it used to be.

This facility, which is now home to the Air and Aerospace Museum (musée de l'Air et de l'Espace), had the most magnificent of its spaces, the grand “Hall of Eight Columns” (Salle des Huit Colonnes) was restored to mint condition in 2013.

Related: Here’s how to travel to France right now

Perhaps the best known example of pre-war airport architecture, Tempelhof has been witness to some of the most remarkable episodes of the 20th century, from World War II to the Berlin Airlift, the Cold War and German reunification.

Its iconic curved terminal was so large that it coped with the increase in aircraft size and the growth in air traffic for several decades after it was built, remaining operational until 2008. It is now a public park and its grounds are often the setting of all sorts of public events and festivals.

Featured image by (Image courtesy of Long Beach Airport)
Editorial disclaimer: Opinions expressed here are the author’s alone, not those of any bank, credit card issuer, airline or hotel chain, and have not been reviewed, approved or otherwise endorsed by any of these entities.