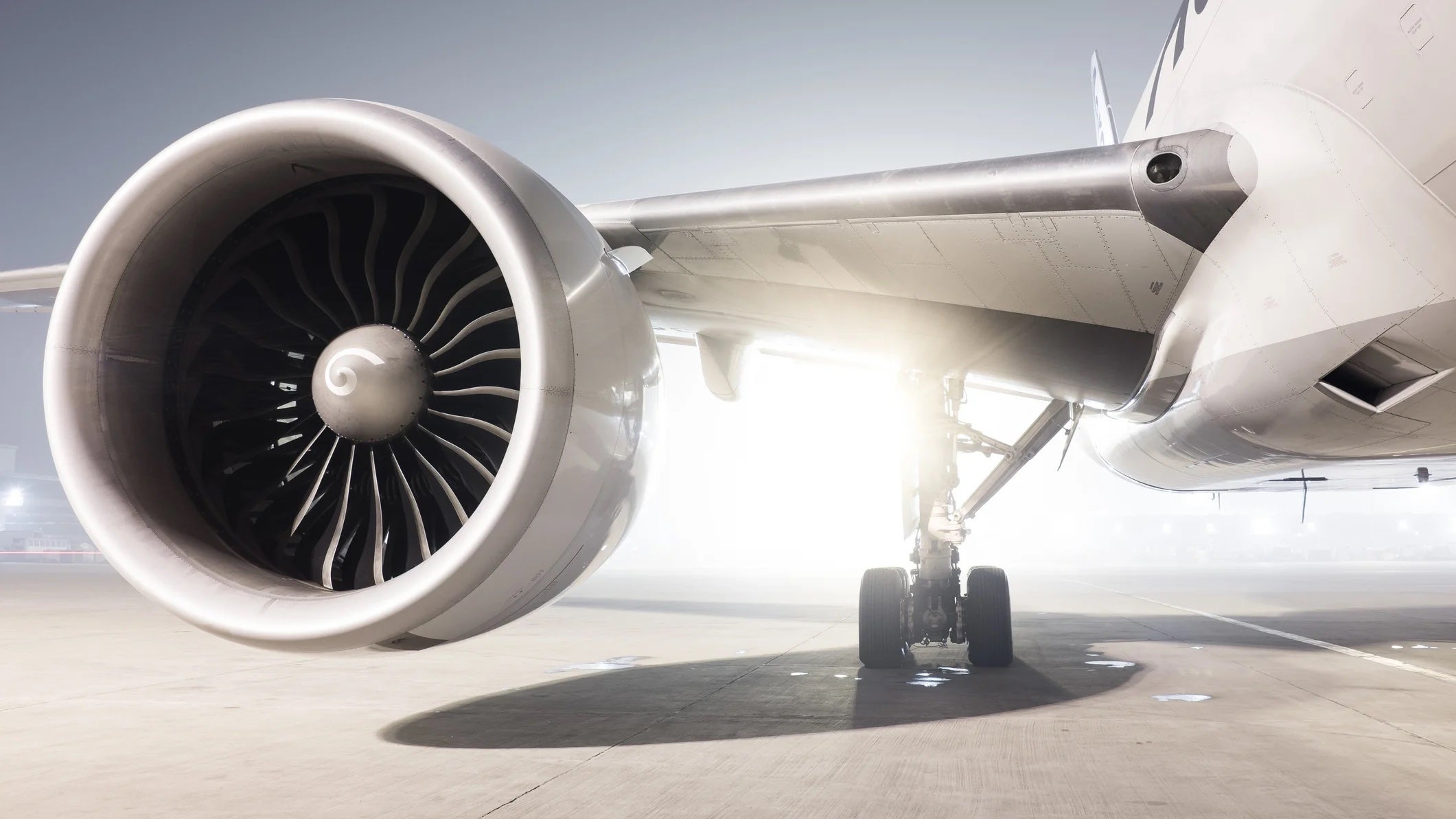 If you found yourself doomscrolling in the shade this week between stories of raging European wildfires and government heat wave warnings, you may have noticed the United Kingdom registered its hottest day on record.

That one of the most sweltering temperatures, 40.2 degrees Celsius (104.3 degrees Fahrenheit), was found at London's Heathrow Airport (LHR) was apt given how much the aviation world has been affected by the heat waves. On top of having to issue passenger guidance for the rising temperatures, certain airports also had to deal with melting runways.

On Monday, London Luton Airport (LTN), a gateway that serves millions of passengers per year, halted flights for up to three hours after the ground staff discovered a “surface defect” on the runway, where soaring temperatures caused the surface to lift.

Over in Oxfordshire on the same day, the runway at the Royal Air Force Brize Norton (BZZ) air base was similarly affected by the freakish summer temperatures, sparking concerns that other airports could face sticky situations of their own.

But how much should we worry? Why aren’t we hearing of similar issues on runways in notoriously hot places like Dubai? What will it mean for the summer travels of the future? We asked an expert for answers.

We’ve used the word "melting," but the runway isn’t the Wicked Witch of the West, nor, so far as we can tell, is Luton located in the Land of Oz. So, what’s the scientific cause of tar-based substances turning to goo?

“Tarmac is a viscoelastic material which means that as a solid it’s very sturdy, but it can also transition back to a liquid — a bit like honey,” explained Dr. Julian Dean of the Department of Materials Science and Engineering at the University of Sheffield.

“This means that it is easy to work with but also makes it susceptible to melting in unusually hot weather. The extreme temperatures only really get hot enough to soften the top 5 cm [about 2 inches] but this is enough to cause issues with vehicles traveling over it.”

Why do runways in hotter climates such as Dubai, Spain and Florida seem to be OK?

As many have pointed out on social media, plenty of U.K. runways are designed to deal with both cold and hot temperatures. As a result, they can contain less bitumen, a type of asphalt that gives surfaces an extra layer of protection for issues such as extremely hot weather.

Nonetheless, Dean told TPG that this shouldn’t be too much of an issue as the majority of runways at major airports are built from primarily the same materials, including bitumen — and that runways in hotter places may occasionally face the same heat damage.

“The majority of airport asphalt surfaces are constructed from about 60 mm-thick Marshall-designed asphalt, which uses aggregates mixed together with bitumen as a binder. It is an excellent material solution for large areas and really resistant to extreme weather conditions. As most runways are comprised of asphalt, these should be fine to run even in extreme temperatures.”

Should we expect more runway melting at major airports?

While he doesn’t rule out more minor damage caused by heat waves of the future, Dean sees no reason to worry about your flights next summer or beyond. He also pointed to the fact that passengers at Luton had holdups of less than four hours, and that only a small pocket of the total runway was affected.

“The majority of airports continued to operate well. Airport authorities at Luton said high temperature caused part of the surface to lift, so it’s unlikely to be a specific material problem in the asphalt used as it’s just a small region. But could it be that the region is another material, e.g., tarmac, which can soften in extreme heat? Or even that there has been some underlying issue when it was laid which the heat has caused to raise and now needs repair?”

Related: This UK airport is asking people to turn up early, but not too early

Could it be a sign that many UK runways are out of shape?

The news of the runway at Luton melting prompted officials at other leading British airports to put checks in place. This is no bad thing, according to Dean, who thinks it’s better to be safe than sorry.

“Materials usually have a well-defined operating temperature that they are safe and tested for but go beyond that and you could be in trouble. So what might be a small undetectable defect on a normal summer's day could quickly turn into a catastrophic failure in extreme heat or cold. We are [seeing] such unprecedented temperatures [in the U.K.], that checks and inspections of a material's resilience would be a really good precaution.”

How can airports ensure runway melting isn’t a problem in the future?

Dean believes there's plenty airports can do to protect runways from the effects of climate change as many of them look to expand their capacity to keep up with the world.

“For tarmac, swapping in and out certain polymers and binding agents to improve their toughness or temperature stability is ongoing. As operating temperatures get more extreme, materials scientists and engineering experts are constantly working on improving such materials to provide longer durability in such conditions; however, it is really important that other properties be maintained, such as skid resistance.”

Could other modes of transport be affected by climate change?

One part of the U.K.’s transport network which Dean believes is in significant danger from climate change is the railway, where tracks have the potential to buckle if year-over-year temperatures continue to increase.

“Steel expands as it gets hotter,” he said. “This causes stress in the metal, causing the track to warp, bend and buckle. British railways use prestressed steel material to help make sure this safe stress range is in the right place for our country. They set the stress-free point of the material at 27 C (81 F) — that’s about the U.K. average summer temp — so they can deal with temperature hotter and colder around that point."

“While this might be OK with track temperatures around 46 C (115 F), the temperatures we are experiencing now are starting to creep above what they can cope with. There can be a 15-degree [Celsius] difference between air and track temp, so a 40 C (104 F) air temperature could see track temps in excess of 55 C (131 F).”

What can Network Rail do to avoid disaster?

Quite a lot, as it turns out. “British Rail has about 20,000 miles of track and so retrofitting it all to deal with extreme heat would be very expensive,” explained Dean. “It sounds silly but painting the tracks white to reflect the heat can reduce the temperature by 10 degrees Celsius, which is enough to reduce the stress on them."

“Beyond this, speed restrictions could come into play, or closing lines completely to repair any damage. The problem with such a large amount of track and such variable conditions in the U.K. is that it’s hard to find one material that can withstand the soaring heat and the freezing cold.”

Related stories
After 19 months, United Airlines is officially suspending flights at New York's JFK airport — again
17 ways to earn lots of Marriott Bonvoy points
Delta SkyMiles Gold Amex card review: Perfect for casual Delta travelers, now with a 65,000-mile offer
Fast-growing Viking doubles down on adventure cruising with a second expedition cruise ship
Featured image by Featured photo by Roman Becker / EyeEm via Getty Images.
Editorial disclaimer: Opinions expressed here are the author’s alone, not those of any bank, credit card issuer, airline or hotel chain, and have not been reviewed, approved or otherwise endorsed by any of these entities.