Articles
Mike Arnot is the founder of Boarding Pass NYC, a New York-based travel brand and a marketing consultant to airlines. A private pilot, he can sometimes be found above the skies of New York City.
Follow
April 06, 2018
•
4 min read 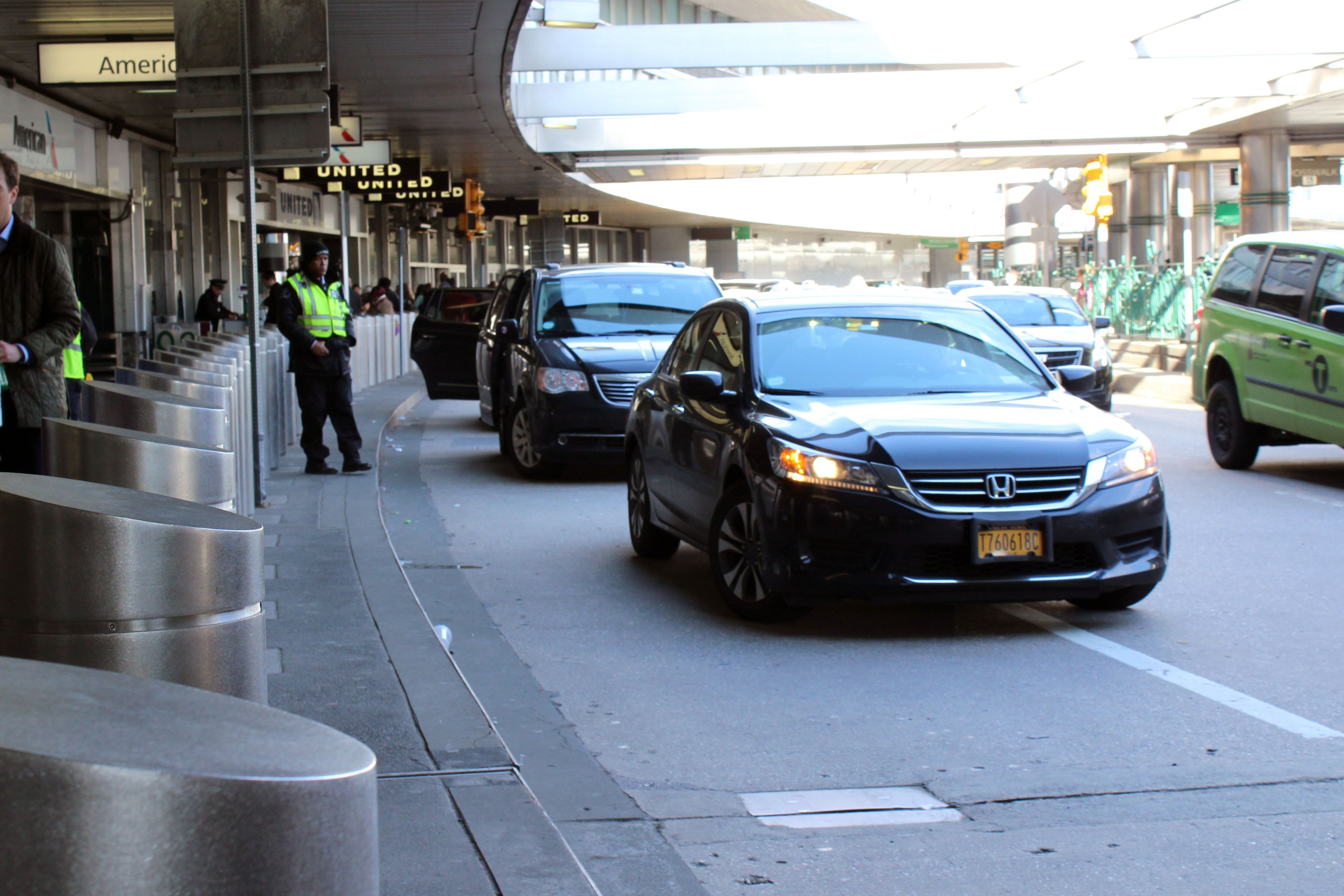 Update 5/2/18: Effective Saturday, May 5, all for-hire vehicles will pick up Terminal B passengers at the parking garage location. According to a statement by American Airlines, the new pickup spot will be in use as of 6 am.

Frequent flyers know that meeting a for-hire or ride-hailing vehicle at LaGuardia is a pain. Your Uber or Lyft driver won’t even attempt to pick you up at the main terminal arrivals; they’re subject to ticket and fine for clogging up the limited traffic arteries, except during late-night hours. The situation is better at the Delta terminals C and D, but if you're flying a different airline, there's a dreaded shuttle bus involved.

Most times of the day, passengers must traipse to the shuttle bus pickup on the east side of the main terminal. Passengers board the bus to a for-hire vehicle lot. While buses are frequent, and the trip usually lasts only five minutes even with LGA’s crushing traffic snafu, it is one more transfer to endure. Good news, however. Within weeks, hailing your Uber, Lyft or black car at LGA will be much easier.

Hooray for the new Terminal B parking garage: the pain goes away this spring

LGA and the Port Authority of New York and New Jersey, which manages the airport, have recently opened the doors to the Terminal B parking garage. There, an entire level of the structure will be dedicated to for-hire vehicles. We’ve never been so excited about the opening of a parking garage.

One-half of the 164,000 square foot space is for cars to queue, and one-half of the space is for cars that have been assigned by the various apps. Cars will move from the queue into the assigned areas once they’ve been paired with a passenger. The Port Authority is working directly with the third-party app providers to manage the process. Your Uber app, for example, will tell you in which area to meet your driver. Those areas are named E to L, which may seem counterintuitive, but the Port Authority helpfully avoided naming the areas A, B, C, or D to avoid confusion with the terminals' names.

Even better news: you’ll leave the main terminal via a covered walkway, and won’t have to brave the elements (or the shuttle bus) to meet your car. The walkway will be fully enclosed when the new main terminal building opens, but that won't be for a few years.

A Port Authority spokesperson was not able to confirm the exact date the new areas will be open for use Uber and Lyft wouldn't put a date on it either, The former says in an emailed statement that it is "working closely with the PANYNJ to ensure riders and drivers arriving into and departing from LaGuardia Airport Terminal B have the best possible experience," and the latter that "we're encouraged by the changes to the pick-up experience at LaGuardia Airport. (...) We're continuing to work closely with the officials at LGA."

However, based on the state of the work as we saw it during the first week of April, we anticipate the news space will be in action this spring.

Convenience aside, the most noticeable benefit may be improved traffic circulation around the airport. Traffic around the main terminal was often snarled by for-hire vehicles meeting their riders, very confused New York drivers navigating the construction, closures to key roads, and the many shuttle buses between terminals. By separating the vehicles, and removing some of the shuttle buses, there should be an immediate lift.

It's all part of the planned redevelopment of LGA, and while it may be a small change, it's one with immediate benefits for many of the 30 million people who use LaGuardia every year.

TPG contributor Mike Arnot is the founder of Boarding Pass NYC, a travel brand, and flies out of LaGuardia frequently.