I got food poisoning before my long-haul flight. Here's what happened.

Articles
Katherine Fan is a former senior travel features reporter at The Points Guy who covered everything from personal finance to travel and aviation.
Dec. 28, 2019
•
7 min read 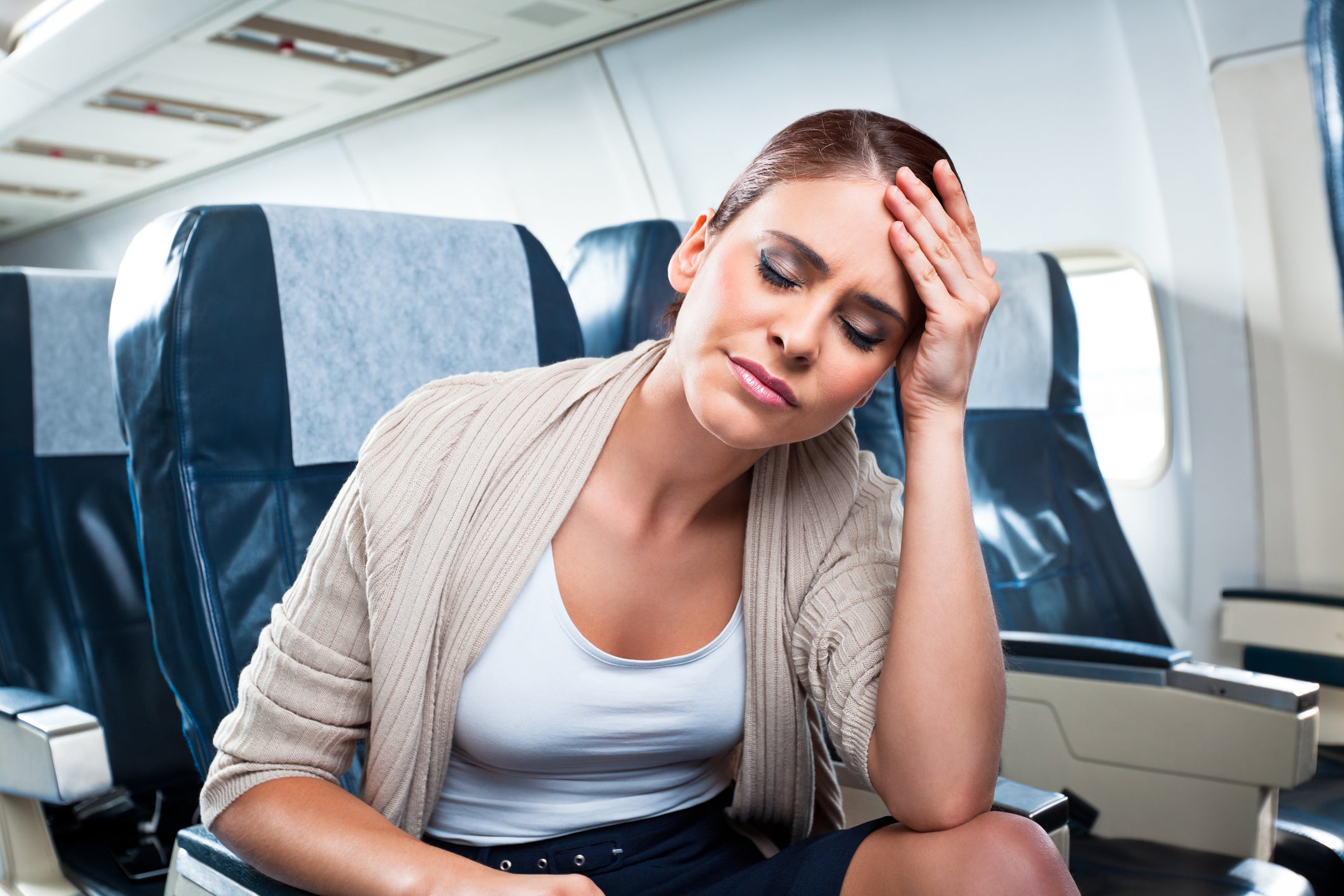 This story has been updated with current information. The original article was first published on Nov. 14, 2019.

Leaving South Africa following a transformative PeaceJam conference, TPG senior associate Meg Palmer felt like she was on top of the world — until food poisoning set in just two hours before her flight home to New York City.

Meg had taken extra precautions to avoid seafood. She also avoided tap water throughout the trip. Ultimately, however, she suspects that she may have been exposed to contaminated water through her iced coffee a few hours before her departure from Cape Town back to New York via Paris.

"I never get sick, and I've never had food poisoning before, so I wasn't quite sure what to do when I began feeling nauseous less than three hours before my flight," Meg said. So she popped some TUMS, drank some water, and hoped for the best as she boarded the Air France Airbus A340 for the almost 12-hour flight to Paris, departing around midnight.

"When I sat down, I felt OK but not great," she said. "That changed pretty quickly once we took off and the food came out." Meal service began swiftly after departure, and Meg ran to the lavatory as soon as she smelled the food.

"I can't imagine what I would have done if I hadn't had an aisle seat," Meg, who was sitting in premium economy, said. "I was super sick even after I threw up the first time. I sat on the floor of the bathroom for a while, curled up in a little ball — I felt so unwell that external germs were the last thing on my mind. At one point after returning to my seat, I had to rush down the aisle and beg my fellow passengers to let me cut the line. Fortunately, everyone speedily made way as soon as I explained what was going on."

For the next six hours, Meg continued to suffer as her body fought the toxins. She became more and more dehydrated since she couldn't keep any liquids down. And her anguish wasn't entirely physical; she found herself spiraling with worry from time to time about what to do next.

RELATED: When do you need travel insurance?

"I couldn't even message my family because there wasn't any Wi-Fi on board the plane," she said. So Meg began formulating a plan: If she was too sick to continue the next leg of her long journey home, from Paris to New York, she would notify the airline and get a hotel room in Paris to rest until she felt better.

Fortunately, Meg's symptoms abated toward the second half of the flight from Cape Town. "My mother's a nurse, so she gave me some tips once I landed and was able to tell her what was happening," Meg told TPG. "She told me to get some sugar and electrolytes in my body, so I had some apple juice and did my best to recreate my own version of the BRAT (bananas, rice, applesauce, toast) diet with what was available."

Access to a lounge is a godsend in cases like these; if you don't have access thanks to airline status or the class of service you're flying, you can rely on Priority Pass membership through a credit card. Lounges often have showers, as well.

Here's what the experts suggest

"Food poisoning can happen to anyone," said Dr. Amy Faith Ho, Associate Medical Director at John Peter Smith Hospital in Dallas, after hearing Meg's story. "It cannot be prevented, except by avoiding contaminated or improperly cooked or stored foods, and usually just needs to 'run its course.'"

Food poisoning occurs when someone ingests anything containing toxins, spores, or pathogens that developed from improper handling, cooking or food storage, according to Dr. Ho. The most notorious culprits are E. coli, salmonella, B. cereus, campylobacter and staphylococcal food poisoning. Each strain has a different time of symptom onset, but most healthy immune systems can beat the illness within one to five days. However, immunocompromised people such as young children or the elderly are at high risk for more severe developments, especially if the strain is particularly potent.

"Excellent hand hygiene and wiping down shared surfaces is very important," Dr. Ho cautioned, and never more so than on planes, where hundreds of people packed together share common areas for hours on end. "Food poisoning can be spread to others who had the same food, and several strains of bacteria can also be spread person to person through the fecal-oral route."

For more news, tips and travel information, sign up for TPG's daily newsletter

To board or not to board?

If you're feeling sick before your flight, should you board the plane or postpone your travel? Dr. Ho admits that "it's tough to tell and is a bit of a judgment call" for each situation, since some pathogens carry preformed toxins that cause immediate GI distress while others only develop hours later.

"Obviously, running to and from the airplane bathroom will be very unpleasant if you're in flight," Dr. Ho said, "but it's also hard to predict how severe or prolonged your symptoms will be," so a traveler can't know for sure how long a medical delay would last.

Dr. Ho suggests packing hand sanitizer and antibacterial wipes for the tray table and other shared surfaces, and staying as hydrated as possible. She also recommends bringing along over-the-counter antidiarrheal medications such as Pepto-Bismol or Imodium to help survive the flight. Prescription medicines for nausea are also an option that can help during in-flight emergencies.

"Traditionally, antidiarrheals are not recommended because your body is trying to eliminate the toxin/pathogen," Dr. Ho said. "But sometimes, you have to do what you have to do just to get through a flight." Under regular circumstances on terra firma, however, Dr. Ho cautions against using antidiarrheal medicines for food poisoning because it will retain toxins within the body.

Here are some common-sense tips that can help ease your misery:

As for Cape Town, would Meg go back again? In a heartbeat. "I absolutely loved everything about the trip," Meg said. "It was the best week ever, at least until I got sick. The amazing food and wine pairing at Test Kitchen was one of the most memorable meals of my life. I didn't know a ton about the city beforehand, so I went in with pretty low expectations. By the end, I could've easily spent another two weeks there."