Articles
Ethan Steinberg has been a frequent flier for as long as he can remember. He went from studying abroad in Paris to moving to Shanghai after graduating college, where he covered all things travel in the Asia-Pacific region for TPG.
Dec. 20, 2019
•
4 min read 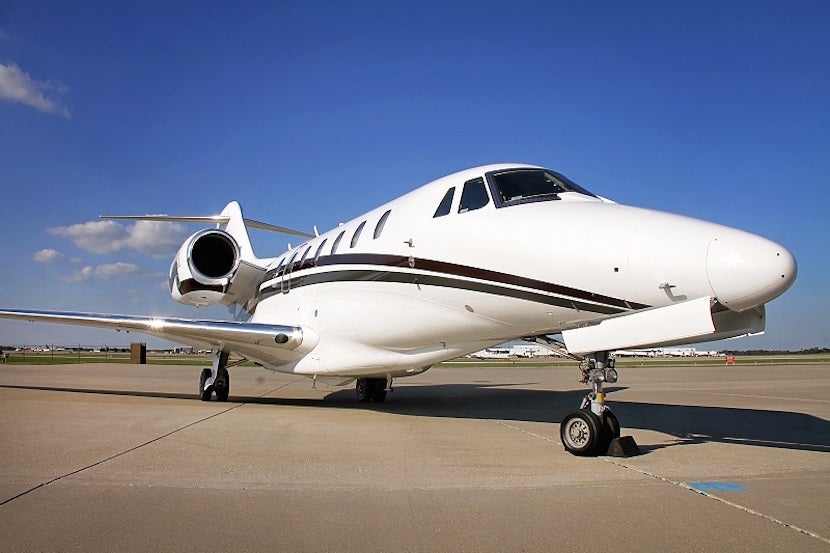 EDITOR'S NOTE: This post has been updated with additional information from Wheels Up.

Over the past few years, we've seen many companies pop up with the goal of making private jets more accessible and affordable to the public. Some have fared better than others, but Wheels Up has undeniably become a major player in the space since its launch in 2013.

Delta announced recently that it would be selling its division that owns and operates a fleet of private jets to Wheels Up.

Wheels Up: A total aviation solution

Wheels Up's goal is to reduce the cost of private aviation for its more than 6,000 members across North America. The company provides access to a fleet of more than 115 private aircraft. (It also has its charter marketplace, where Wheels Up members can book from over 1,250 private jets from certified and safety-vetted partners.)

Wheels Up members can select from one of three tiers -- Connect, Core or Business -- with initiation fees ranging from $2,995 for a 12-month Connect membership up to $29,500 for a 12-month Business membership.

Connect members get access to some of the most popular Wheels Up features including Hot Flights, where you can book empty-leg flights on jet aircraft, turboprops and helicopters, with rates as low as $320 for the entire aircraft. You can also "fly by the seat" on scheduled shuttle flights or charter flights to popular events when you don't need the entire aircraft. Meanwhile, Core and Business members can take advantage of 24- and 48-hour aircraft-type guarantees, and dynamic pricing with capped hourly rates. The dynamic aircraft pricing might end up being cheaper than the capped hourly rate, but Core and Business members won't pay more than $4,695 per hour for a King Air 350i or $7,695 per hour for a mid-size partner jet.

Of course, for many customers flying private is as much about the lifestyle as it is about convenience and logistics. Members also have access to the Wheels Down program, which includes curated "one-in-a-lifestyle events" such as private parties at Art Basel Miami, the Super Bowl and a hospitality house at the Masters Tournament.

The Wheels Up fleet

The Wheels Up private fleet consists of 119 aircraft, split between the King Air 350i, Citation Excel/XLS, Citation X, and Hawker 400XP.

The Wheels Up membership guide provides details about each type of plane, including the number of passengers it can accomodate, luggage capacity, maximum range and some sample routes.

Part of the reason Wheels Up is able to guarantee availability is because of its large network of safety-vetted partner jets. These are split into four categories: light jet, mid-size jet, super-mid jet, and large-cabin jet. The hourly rate is based on the category of jet you select, although the actual aircraft type might vary. For example, the large-cabin jet category includes a mix of Falcon, Challenge and Gulfstream aircraft.

The Wheels Up executive team has an impressive record in private aviation, starting at the top with founder and CEO Kenny Dichter. In 2001, Dichter founded Marquis Jet, introducing the first fractional jet card program. Fractional jet ownership is where multiple people share the costs of buying or leasing and operating the planes. Marquis Jet was acquired by NetJets in 2010, where Dichter served as vice chairman for several years. Dave Hewitt, the executive vice president of safety, has over 40 years of experience in commercial aviation, including 13 overseeing NetJet's safety program.

Every aircraft in the Wheels Up fleet is piloted by two captain-rated pilots with an average of over 7,000 hours of flight experience. They are required to hold current FAA Airline Transport Pilot and First-Class Medical Certificates (the highest level available) and be FAA Type-Rated in the aircraft he or she flies. According to Wheels Up, these safety standards far exceed FAA requirements.

Wheels Up does not operate the aircraft, but acts as an agent for members.

Although Delta is no longer in the business of flying private jets, it will maintain an equity stake in Wheels Up. Flying private is an expensive endeavor (especially when you can't redeem points or miles to offset the cost), but Wheels Up is making it possible for more people and businesses than ever before.

Related stories
At just 356 miles, Delta starts flying its shortest wide-body route
Everything you need to know about tipping on a cruise ship
Act fast: Get $20 in Starbucks eGift credit when you purchase at least $250 in Delta gift cards
Top 6 mistakes every points and miles beginner makes
Featured image by Image courtesy of Delta Private Jets.

Our points-obsessed staff uses a plethora of credit cards on a daily basis. If anyone on our team wouldn’t recommend it to a friend or a family member, we wouldn’t recommend it on The Points Guy either. Our opinions are our own, and have not been reviewed, approved, or endorsed by our advertising partners.
See all best card offers
Related stories
News
At just 356 miles, Delta starts flying its shortest wide-body route
Guide
Everything you need to know about tipping on a cruise ship
News
Act fast: Get $20 in Starbucks eGift credit when you purchase at least $250 in Delta gift cards
Guide
Top 6 mistakes every points and miles beginner makes