Articles
Max Prosperi is a part-time frequent flyer and travel writer and full-time student. Based in St. Louis, Missouri, Max covers a variety of topics with a focus on points, miles, and aviation.
Follow
Dec. 16, 2018
•
7 min read 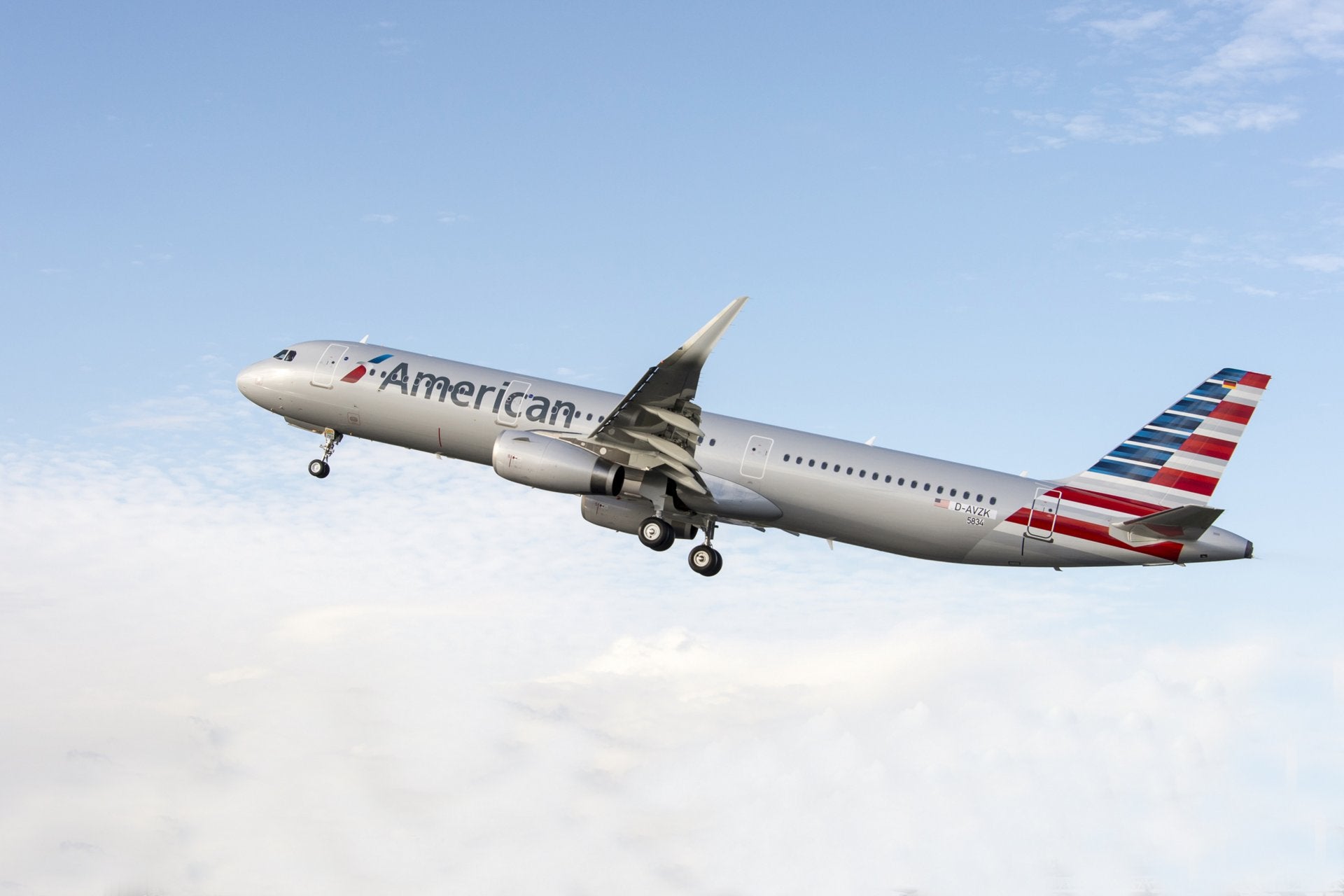 First American Airlines Airbus A321neo Flights Now Bookable
This post contains references to products from one or more of our advertisers. We may receive compensation when you click on links to those products. Terms apply to the offers listed on this page. For an explanation of our Advertising Policy, visit this page.

American Airlines has officially loaded the first batch of Airbus A321neo flights into the airline's schedule. The A321neo will be delivered to American in early 2019, and once test flights are completed, regularly scheduled passenger flights are scheduled to begin on April 2nd, 2019.

The Airbus A321neo is intended to serve as a versatile workhorse and will slowly replace other aircraft on a variety of North American routes. Initially, the aircraft will serve a set of fixed routes, mainly non-premium transcontinental flights, with flights to Hawaii and Anchorage also receiving the new Airbus in the summer months.

Based on American's most recent schedule update, the first Airbus A321neo flight will take place on April 2nd, 2019, departing Los Angeles International Airport (LAX) for Phoenix Sky Harbor (PHX) at 6:05am, arriving in Phoenix at 7:35am. The first flight will be operated as American Airlines flight AA1895.

Other flights on April 2nd include:

These flights will continue to be operated with the Airbus A321neo for the foreseeable future, with additional A321neo flights likely being added into the current schedule as American takes delivery of additional aircraft and works to finalize its summer schedule.

In addition to the slew of domestic flights mentioned above, American has assigned the airline's new Airbus to longer domestic flights in the summer months. Flights from Phoenix to Hawaii and flights to Anchorage, AK (ANC), from Dallas and Phoenix will eventually receive NEO service late in the summer of 2019.

Flights that will see the A321neo later in the summer include:

In an internal memo, American Airlines also says that "later in 2019" the A321neo "will fly PHX to Hawaii as it replaces retiring Boeing 757s, and also from LAX to Hawaii."

The Airbus A321neo is proving especially hard to find in American's schedule. When the Boeing 737 MAX 8 was loaded into the airline's schedule, travelers could easily find the flights as the 737 MAX bears the equipment code "7M8", while all other Boeing 737s are noted by the code "738".

American Airlines has yet to load all fares into the airline's booking system, which means paid fares are almost entirely full fares. The first round of A321neo flights probably won't sell out for months unlike other inaugural flights so it's wise to wait a few hours for the fares to be adjusted.

Since fares aren't fully loaded yet, buying a ticket on the first flight is going to set you back more than $700 vs. $84 on other flights that day on the same route. It's actually a bit cheaper to purchase first class than economy:

These flights are bookable with AAdvantage miles. However, as the fares aren't fully loaded, only full-fare AAnytime awards are available at this time. Considering the $743 cash price, this technically is more than 3.7 cents per mile in value. But again, we'd recommend waiting until the all fares are loaded.

What's the Big Deal With the Airbus A321neo?

American Airlines has 100 Airbus A321neo aircraft on order. These orders will be fulfilled through the 2020s. As American takes delivery of additional A321neo aircraft, it will become somewhat difficult to avoid flying the workhorse. Initially, American will use the A321neo on a variety of routes throughout North America. These routes will be similar to those which American has assigned longer non-premium routes with high passenger yields.

The Airbus A321neo is quite similar to American's Airbus A321-200s, though differs in one very specific way: NEO stands for New Engine Option. This is, as you might have guessed, where the two aircraft differ. The A321neo is more fuel efficient, features quieter engines and slightly updated avionics. Additionally, Airbus and the airlines operating the A321neo claim the aircraft is more passenger friendly.

For passengers on some airlines like Delta, this is definitely the case. For passengers traveling on American Airlines, the aircraft will likely be a slight upgrade over American's Airbus A321-200s that previously flew for US Airways. However, the A321neo will also be a noticeable downgrade from American's pre-merger Airbus A321-200s, which features seatback in-flight entertainment, fewer seats and power outlets at every seat.

The Airbus A321neo will feature power outlets at every seat and satellite-based Wi-Fi that's fast enough for passengers to stream content from sites like Netflix and Hulu. While that is certainly an improvement over the ex-US Airways Airbus A321s, the A321neo will still feature 9-15 more seats than other Airbus A321 configurations. The A321neo will also lack seatback entertainment and appears to have smaller lavatories than other A321 configurations. Two more improvements include mood-lighting and much larger overhead bins. Nevertheless, the Airbus A321neo is sure to receive mixed reviews from travelers.

This post has been updated since publishing to note that AA is now using the code "32Q" to signify the A321neo.