6 ways to find nature in and around Los Angeles 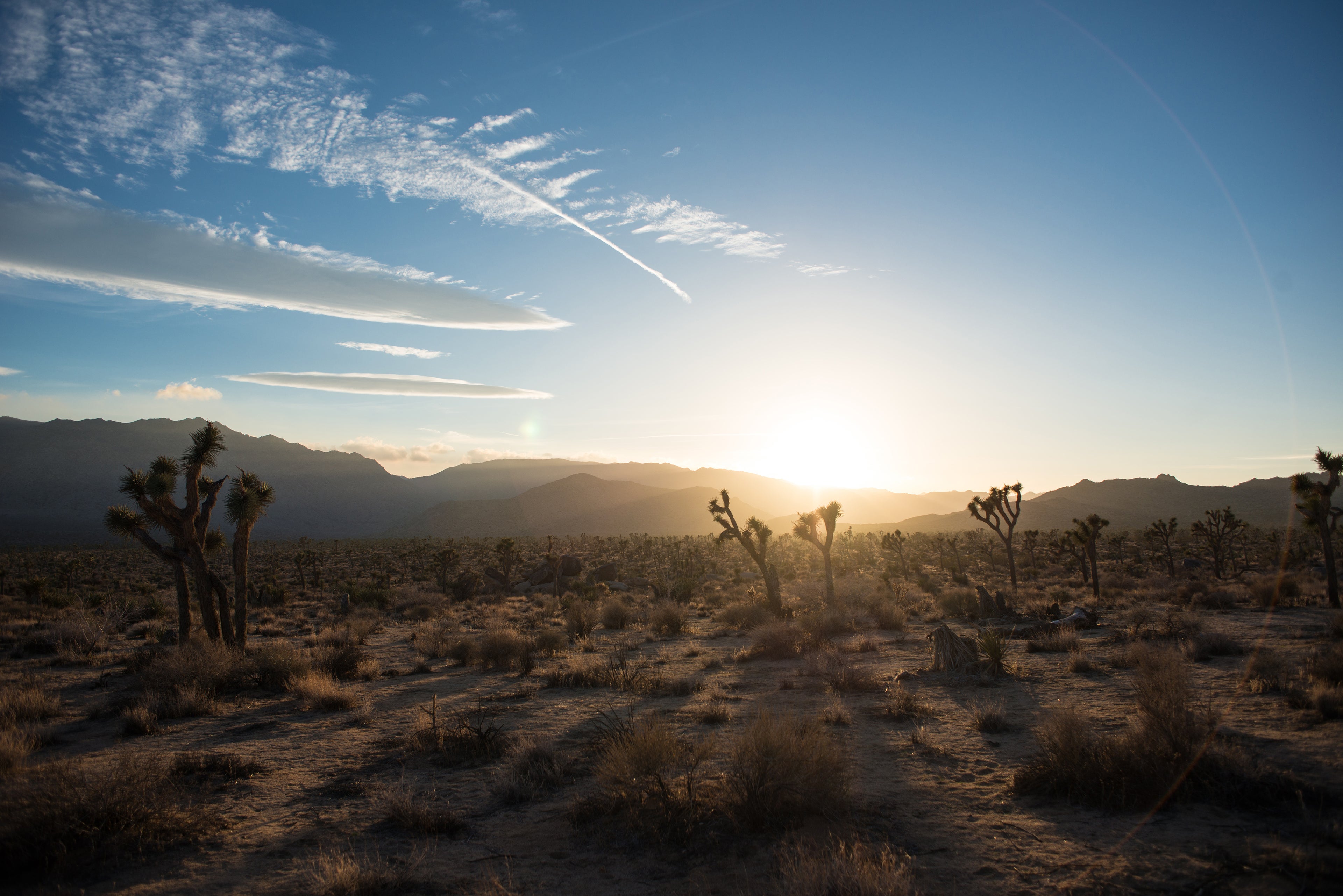 Los Angeles may have been one of the most popular destinations this holiday season, but Angelenos themselves have a famously love-hate relationship with their cinematic city. True, the balmy weather is the envy of almost any city, but the tangle of freeways, traffic congestion and general hassle of having to drive (and hunt for parking) almost everywhere can take their toll on one’s nerves. Fortunately, there are plenty of beautiful natural escapes from the urban fray — as long you have the wheels to find them, of course.

In normal traffic, all of the following wild locales are generally reachable in two hours or so from downtown L.A. — and sometimes much less.

San Diego is justly famous for its zoo, L.A. is not. In fact, the L.A. Zoo, which is owned by the city of Los Angeles, has had a bit of a checkered past. That includes its fair share of well-publicized escapees. Improvements and eco-savvy additions like the Campo Gorilla Reserve and Rainforest of the Americas have helped the situation. The 133-acre zoo is located behind the Hollywood sign at the edge of Griffith Park, which itself covers more than 4,300 acres. The zoo also runs an interesting international travel program with a focus on ecotourism.

Ah, mythic Malibu. The 21-mile coastal strip was once just an unincorporated part of Los Angeles County but today is a city in its own right, though a small one with a population hovering around 13,000. The big draw in Malibu is of course the beach, or more accurately beaches, which parallel the Pacific Coast Highway from Santa Monica to Point Mugu, across the Ventura County line. While some of the beaches are big and famous, like Malibu Lagoon State Beach (Surfrider Beach) and Zuma, both of which are epic surf spots, the most beautiful are often a bit trickier to access because of all the celebrity homes in the way. But don’t let that stop you: as long as you can grab a parking place, fabulously unspoiled beaches like Dume Cove and El Matador are there as much for your enjoyment as they are for Barbra Streisand and Queen Bey.

Many visitors to L.A. take a hike around Runyon Canyon Park for some (relatively) fresh air and a view of the Hollywood sign, but seasoned Angelenos venture farther west for a purer nature fix. The Hollywood Hills are just a small part (admittedly the most famous part) of the Santa Monica Mountains, which parallel the Pacific Ocean just up from Malibu and are home to the Santa Monica Mountains National Recreation Area. And it’s both beautiful and big — in fact, it’s the biggest urban national park on the planet. To experience these verdant peaks and canyons in true Southern California fashion, rent a convertible and zip along Mulholland Drive from one end to the other. At one point it becomes Mulholland Highway, but it’s the same scenic road. There are plenty of areas for hiking — local favorites include Topanga Canyon and Tuna Canyon Park, each easily accessible from Malibu and the Pacific Coast Highway.

This lush and rambling estate in the San Marino enclave of Los Angeles was founded by real estate magnate Henry Edwards Huntington in 1919 and opened to the public in 1928. While the museum portion impresses with its collections of European and American art and rare books and manuscripts, the Huntington’s biggest draw is its 120 acres of spectacularly maintained botanical gardens. There are said to be more than 15,000 plants in the various garden areas, which include the Japanese, Rose, Shakespeare, Camellia, Jungle, Palm and Australian gardens — there are 16 themed gardens in all. The Chinese garden is a stunner and the 10-acre Desert Garden, with some 4,000 plants, is perfect for visiting year round.

Read more: King of the hills: A review of The West Hollywood Edition

The gardens have provided the backdrop for many a movie and music video, most significantly Duran Duran’s Ordinary World in 1993. The Huntington is just 12 miles northeast of downtown L.A. and easily accessible from both the 10 and 210 freeways as well as (going north from downtown) the 110 Freeway.

There’s nothing like 25,000 square miles of rocky desert wasteland to get in touch with your inner self. This is where the Mojave and Colorado deserts collide, with tons of big climbable boulders to prove it. Of course, Joshua Tree is most famous for its eponymous Joshua trees, which are actually tall yucca plants with gnarled branches and spiky leaves. These arid badlands have long been a favored backdrop for music videos by rockers, be it Lady Gaga or U2, but the desolation is less remote than it used to be. If you can, do the approximately 110-mile drive from downtown L.A. during the week instead of on the weekend, when the park is prone to overcrowding. If you’re planning a summer jaunt to Joshua Tree remember that daytime summer temperatures can soar and GPS is nothing against dehydration, meaning that driving off-road or hiking alone is never advised.

It’s spectacular and iconic, but there really aren’t enough superlatives to describe the experience of soaring noiselessly from the harsh desert floor to a bracing natural zone of pine trees, elevation 8,516 feet above sea level, in just 10 minutes. The two-and-a-half mile journey in a rotating cable car affords sweeping views of the jagged Chino Canyon cliffs en route to the unspoiled nature that is Mount San Jacinto State Park. From the Mountain Station you can take in a vista of the entire Coachella Valley along with the area’s timeless and moody rock star, the San Andreas Fault. An adult ticket on the tram costs $27 (for more information including notes on what kind of temperatures to expect on high visit the tramway’s website).

Southern California is one of the most beautiful regions in America, to the extent you could call the sprawl of Los Angeles a bit of an interruption of all that natural loveliness. But thanks to the lay of the land and relative ease of getting about on the freeways (rush hours in and around downtown L.A. excepted), there are plenty of places to enjoy nature, from the nearby flora and fauna of the L.A. Zoo and Santa Monica Mountains to the desert landscapes of Palm Springs and Joshua Tree, both of which are just slightly further afield. Epic Pacific views or desert vistas are sometimes just the thing to nip that long-haul jet lag in the bud, too.