TPG Staffers Share Their Most Memorable Trips With Dad

Articles
Katherine Fan is a former senior travel features reporter at The Points Guy who covered everything from personal finance to travel and aviation.
June 16, 2019
•
9 min read 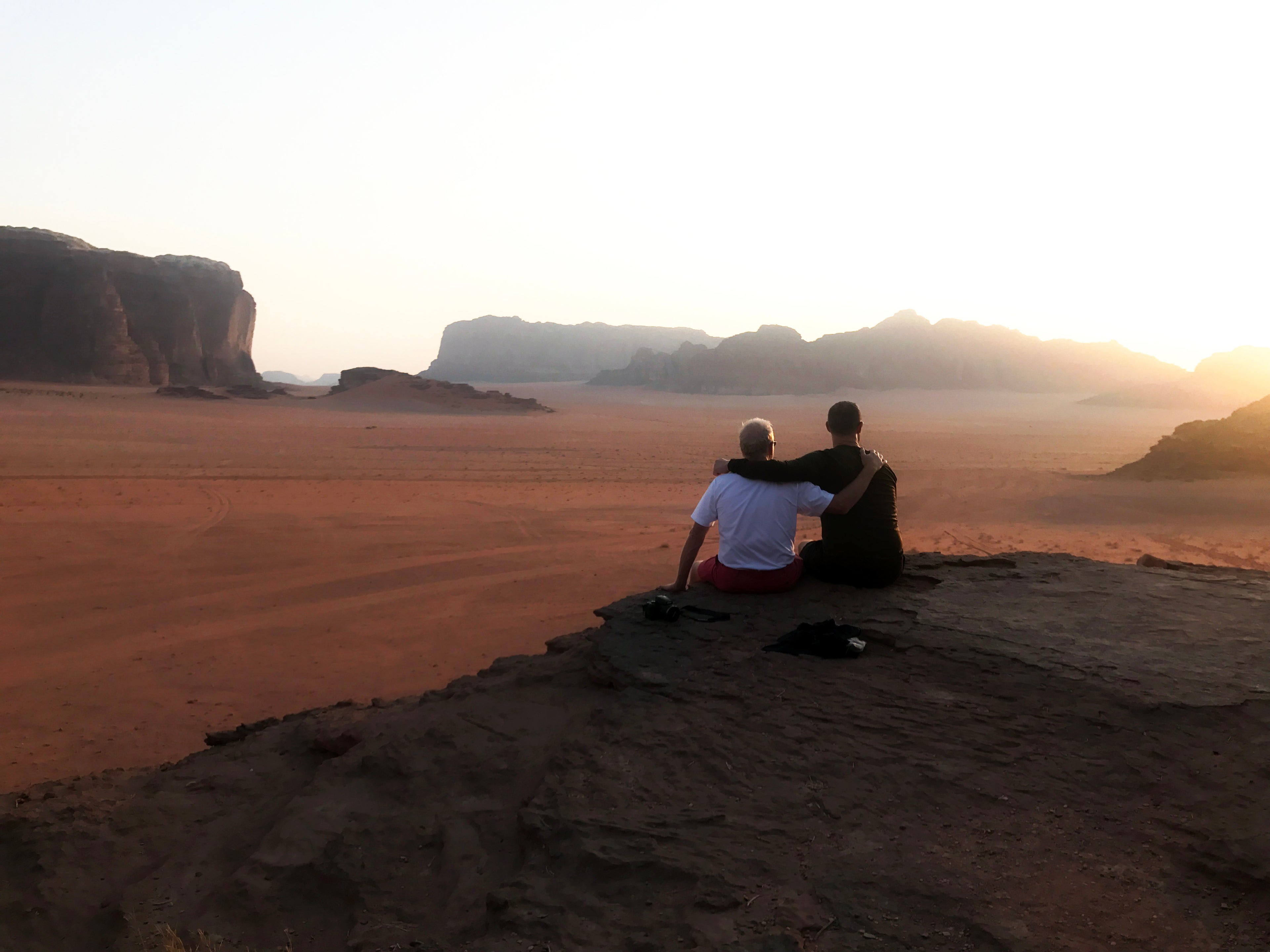 TPG Staffers Share Their Most Memorable Trips With Dad
This post contains references to products from one or more of our advertisers. We may receive compensation when you click on links to those products. Terms apply to the offers listed on this page. For an explanation of our Advertising Policy, visit this page.

For many of us at The Points Guy, our parents were the first people to give us a taste of what the travel life could be like. And those family trips often morph into traditions. This Father's Day, TPG staffers reminisce about their most meaningful travel experiences with their dads.

I always call my dad the original Points Guy, because his stash of points and miles made it possible for me to plan an epic Caribbean vacation for our family of six back in the 1990s. This experience jump-started my passion for epic travel, and eventually, this brand.

In 2017, I got to take my dad to Egypt and Jordan — a trip so memorable that I came up with a list of 17 reasons why I love traveling with him.

In 2010, my dad and I flew to Northern California to visit family. We spent an awesome day walking around San Francisco and eating enormous amounts of sourdough!

My dad is a retired Air Force colonel, so there are a TON of stories I can tell.

I covered the regional aviation industry for nearly 10 years. Indianapolis-based Allison Engines (now Rolls-Royce Indianapolis) had a suite on the first turn at the Indy 500 track. I was able to take my dad, who was then stationed at Wright-Patterson Air Force Base, to the first running of the Brickyard 400. My dad isn't easy to impress, but he was just thrilled to be there. We had an absolute blast and got to take a photograph (now lost to the ages) with the winner, Jeff Gordon.

In January 2018, my dad and I met up in Switzerland to ski Zermatt on the way back from a wedding I went to in Israel. We had an incredible time, then flew back in United's old 767 business class with a Global Premier Upgrade, after a fantastic early morning Scotch tasting at the Swiss Sen. Lounge in Zurich.

My favorite travel memory with my dad was when we took a day trip to Joshua Tree from Palm Springs. This was probably one of the most adventurous trips we've had, and we had a blast walking around and taking in the beauty of the park along with my mom and two sisters. The best part was the drive back, when the Waze app brought us a different way than how we came, and we he had to drive down a steep mountain with no guard rails. He didn't drive faster than 20 mph and the other cars were honking and driving around us. It was hilarious. Nico Avalle, Aviation and Travel News Intern

I grew up flying Pilot-Class in my dad’s Mooney Ranger, which he’d use to pick me up from college when he was based in DC. We’ve also flown routes from DC-New York, over volcanoes in Guatemala, and from the East Coast out to my brother’s college graduation in St. Louis. We also road tripped out to Oshkosh one year when the Mooney was in the shop.

My pop grew up racing hot-rodded Mustangs, and instilled the love of automobiles in me. Walking the hallowed halls of a Barrett-Jackson auction in Arizona was a bucket list item for him, so I cashed in 100,000 Delta SkyMiles to fly us (along with our wives) round-trip to Phoenix. We spent half of the week hiking through numerous national monuments and parks, and the other half gawking at some of the world’s finest cars (including that stunning Ford GT behind us).

My Dad and I eating Arrosticini in Italy. This was the first time I went to Italy and met my cousins. None of my cousins spoke English, and my Dad had a terrible Italian accent, but somehow we all managed to have the best time together.

My family, who live in Australia, all met me in Hawaii one year. We got an amazing Airbnb atop a volcano on the Big Island. On the first day, while we were out at the beach, our Airbnb was robbed and all our passports, keys, shoes, phones, computers, clothes were taken. We spent the rest of the holiday roaming the streets trying to find our stolen belongings, and hatching up conspiracy theories about the robbery.

My dad ate so much steak and drank so much wine that he got a terrible case of gout — but we still had an absolute blast, and my dad was such an amazing sport even though he could hardly walk from gout pain and the tensions in the house were at all-time high. We only have one photo from the trip, as all our stuff was stolen, but it showcases how my Dad makes the best of it.

For my dad's 70th birthday, we did a father-son trip to Las Vegas. I used my Delta companion ticket (thanks to the Delta Platinum American Express) to get us out there. It was not your normal Vegas trip. We had both been before — many times. But we checked out the amazing Neon Museum and rented a car to go hiking one day in the Valley of Fire State Park.

I owe my father a passion for mountains, which he, in turn, inherited from his parents, and they from theirs. These days we don’t go at it as hard as we used to or as often; he lives in Milan and I in New York, but every time I’m there, we still find a day to go be together in the mountains. The first photo is him leading me up Cresta Güzza, a 12,600-foot peak in the Alps, in 1993. And the second is from last week. We’re a bit slower now, and the mountains we climb aren’t as high, but the joy of being together up there is the same.

I have my parents to blame for my wonderful addiction to travel, so we have plenty of experiences traveling together from which to choose. One of my most memorable trips is the first one that I got to plan for us using points and miles. In the summer of 2016, I flew my Dad over on United to join us in Germany for RoboCup before touring around Germany and Poland for a couple of weeks together before he flew back on Lufthansa — which was his first time on a Boeing 747, despite having flown thousands of flights.

My family has always been a boating family, so all my vacation memories with my dad (and grandpa) have been on the water. Whether cruising around Door County, Wisconsin, or Savannah, Georgia, we relate to each other best while underway.

Just before Thanksgiving 2013, I found out that my 98-year-old grandmother had passed away. All of my siblings and I live in the US, and with the cost of last-minute flights to Asia, none of us could make it back to Taiwan for the funeral on such short notice ... or so it seemed. I had just discovered the points and miles world back then, so I used Ultimate Rewards points to book a round-trip award flight departing the next day, and flew home to surprise my parents. I took the high-speed rail from the Taoyuan airport to my hometown, cabbed to their home from the train station, and connected to their Wi-Fi outside their front door so I could call my dad and tell him to let me in. His tone of disbelief as he exclaimed, "You're home!" and the giant bear hug he gave me will always stay with me. Thanks, points and miles, for giving us this miracle to share!

What have been some of your most memorable travel experiences with your dad or similar role model in your life? Share your story with us in the comments below!