Airlines in the Falklands 40 years after the war 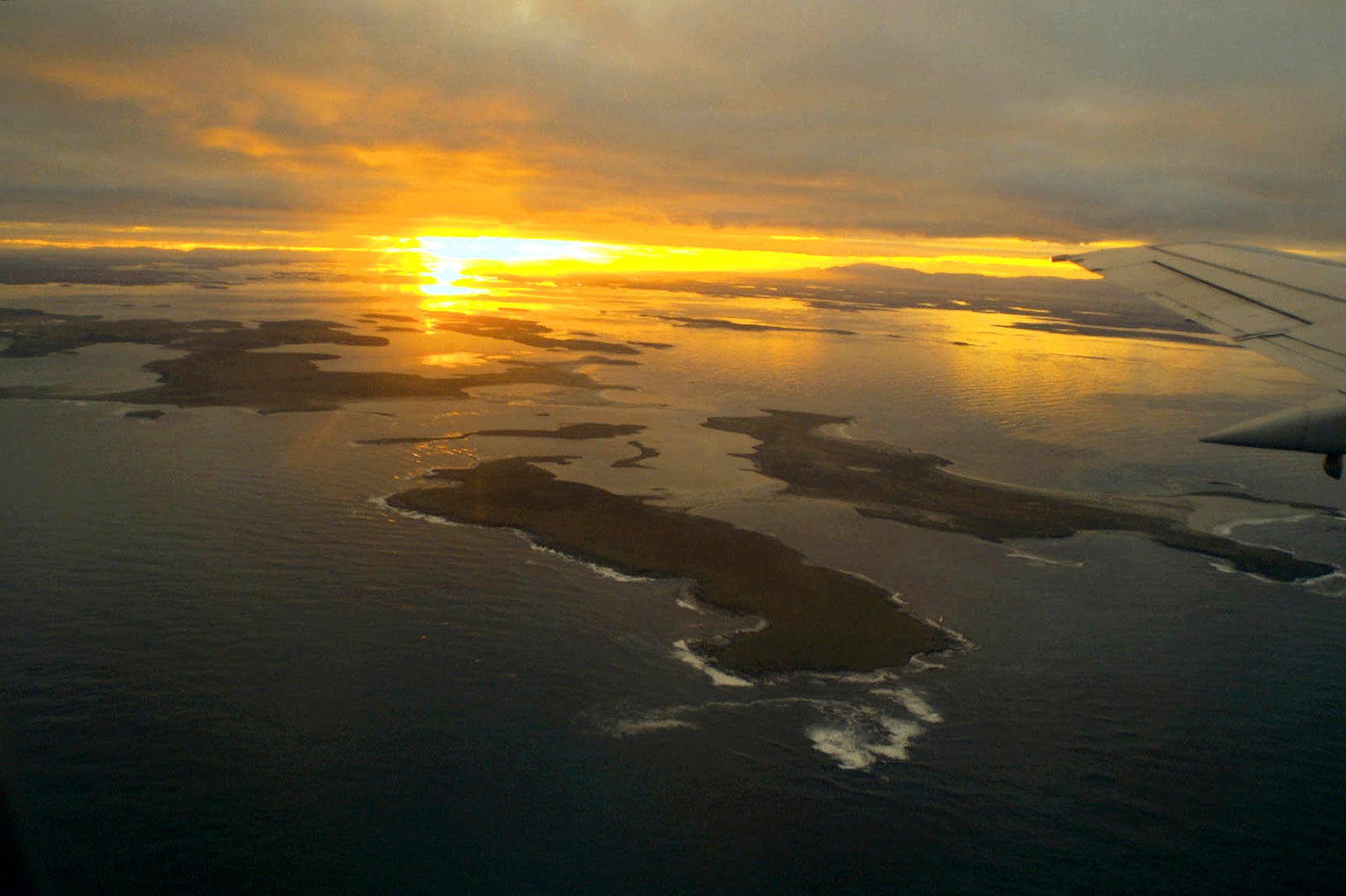 Airlines in the Falklands 40 years after the war
This post contains references to products from one or more of our advertisers. We may receive compensation when you click on links to those products. Terms apply to the offers listed on this page. For an explanation of our Advertising Policy, visit this page.

Forty years ago to date, in one of the most daring campaigns they ever fought, the British armed forces made their way to Port Stanley. During this era, Port Stanley — the capital of the Falkland Islands — was occupied by Argentina.

The war over this archipelago in the South Atlantic, which the Argentinians call the Islas Malvinas, ended in a British victory. This played a part in the downfall of the military junta that ruled Argentina at the time.

The anniversary of the war coincides with the reopening of the Falkland Islands, as its remaining quarantine requirements lifted on May 4. So, we examined the air links that keep this remote archipelago connected to the rest of the world.

At the time of the war, the only proper airport in the islands was Port Stanley Airport (PSY). A target of the famous “Black Buck” bombing raids, its runway is too short to handle most modern jet airliners.

This airport is still used by some inter-island and Antarctic flights, as well as by helicopters servicing the islands’ off-shore oil industry. However, the gateway to the Falklands has since moved to RAF Mount Pleasant (MPN) air station, a new, greenfield location some 30 miles to the southwest.

Built right after the end of the war, Mount Pleasant is primarily a military base, but it has a civilian function, too. Its long runway has made it possible for the Falklands to enjoy air services to points as far as Chile, Brazil and the U.K. This accessibility has fed a small tourism and hospitality industry which has become key to the local economy.

Flights to the Falklands

Services to and from the U.K. operate twice weekly by AirTanker.

This is not your typical airline – it's a consortium of several companies. Its members read like a who’s who of the aerospace industry: Airbus, Rolls-Royce, Cobham, Babcock International and Thales Group.

In addition to operating the Falklands flights, AirTanker’s fleet of nine Airbus A330 MRTTs (of which only one has a civilian registration, as all others are on the military registry) has been contracted by Her Majesty’s government to perform a number of other official missions, from VIP transport to air-to-air refuelling.

The Falklands-bound flights operate from RAF Brize Norton (BZZ), an airbase in Oxfordshire, England. A limited number of seats on each flight is available to fare-paying civilians.

Civilians looking to book a flight on AirTanker should contact either the Falkland Islands government office in London or one of a couple of authorized travel agencies.

Related: Lufthansa prepares to operate its longest flight ever

The flight between Brize Norton and Mount Pleasant usually departs Europe on Sundays and Wednesdays, and it returns on Tuesdays and Fridays. It used to make a stopover at RAF Ascension Island (ASI), another British outpost off West Africa that played a major role as a staging base during the Falklands War. However, due to major repairs on the runway there, the stopover shifted in 2017 to Amílcar Cabral International Airport (SID) on the island of Sal, Cape Verde.

In June 2020, though, one of the A330 MRTTs made the nonstop journey all the way from England in 15 hours and 9 minutes. This feat was replicated in early 2021 when Lufthansa flew an Airbus A350 twice nonstop between Hamburg Airport (HAM) and Mount Pleasant with polar researchers onboard. The COVID-19 situation in South Africa at the time made it impractical to travel the usual way, via Cape Town. To this day, these are the longest flights ever operated by the German airline.

This feat is quite a change from 1982 when a single Vulcan bomber had to be refueled eight times mid-air in order to complete the round-trip journey from Ascension to Port Stanley.

The other way to fly to the Falklands is via the South American mainland, either via Chile or Brazil. At least, that was the case until the advent of the COVID-19 era.

The Falkland Islands tourism board noted a possible restart date for the Chilean route in July, but this has not been fully confirmed. The Brazilian link doesn’t have a calendar for its reopening yet.

Interestingly, Argentina’s ongoing territorial claim over the islands did not prevent LATAM’s aircraft — which operates those two routes — from stopping over to pick up passengers. Passengers include mainly war veterans and their relatives.

If you wish to move around the islands after arrival, the Falkland Islands Government Air Service, also known as FIGAS, can fly you from Port Stanley to any of the several settlements scattered throughout the archipelago. This local airline operates five Norman-Britten Islander aircraft capable of landing on short grass strips.

FIGAS also performs other duties for the local government, such as conducting medevac and maritime surveillance flights.

If you were considering booking a flight on FIGAS, you must first consider the fact that there is no schedule nor online booking engine. FIGAS operates exclusively on an on-demand basis, and business is conducted via email and telephone.

The Falklands also regularly welcome the British Antarctic Survey DeHavilland Canada Dash-7 turboprop which shuttles every now and then between Port Stanley and Rothera Air Facility (EGAR) in Antarctica. These flights, which sometimes land at Punta Arenas as well, supply the British research stations in the frozen continent.