Articles
Sean Cudahy is a reporter covering general assignment news on travel, aviation and points and miles. He joined the TPG team in 2022 after nearly eight years as a local television news reporter.
Follow
May 06, 2022
•
3 min read 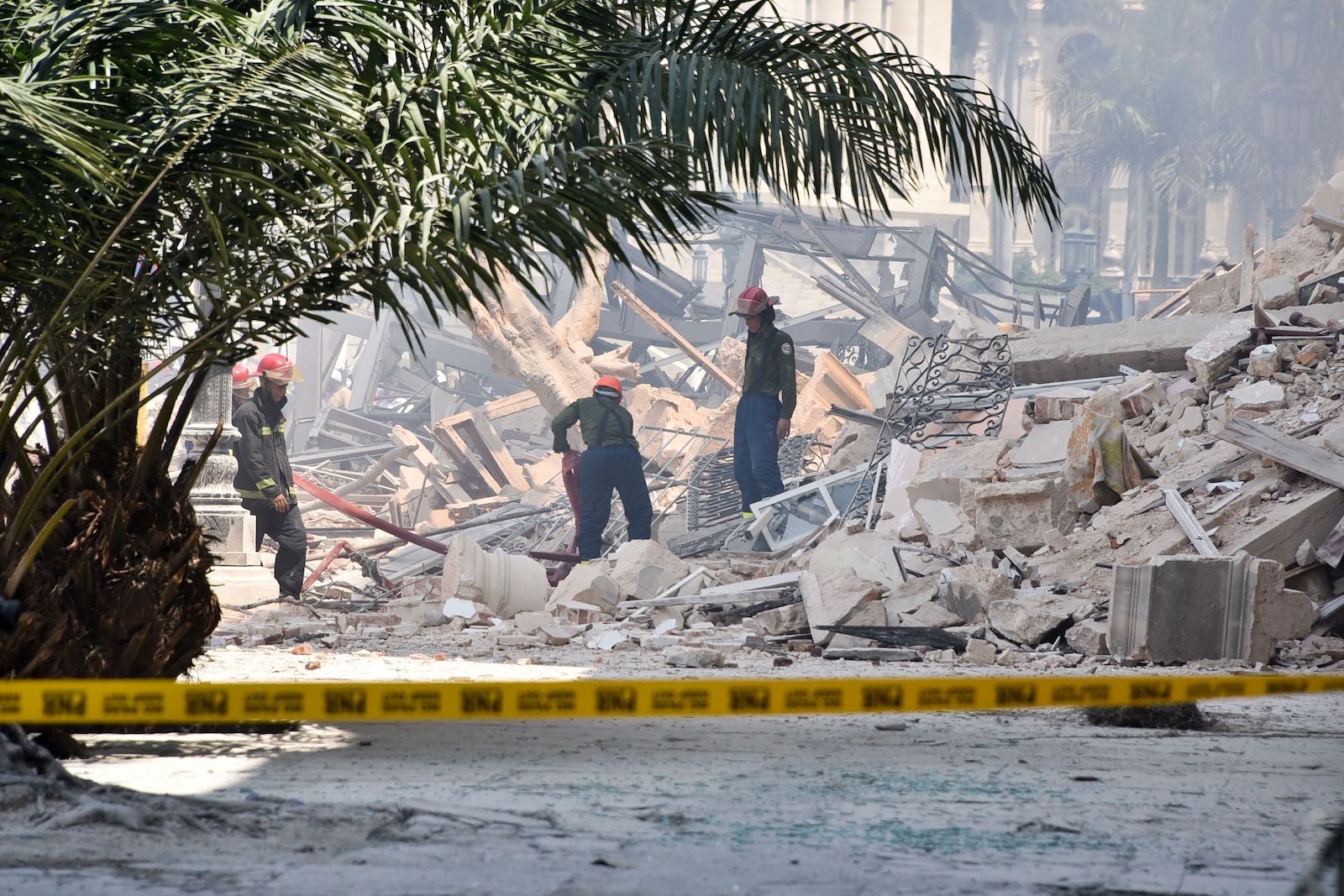 Get news delivered to your inbox by signing up for TPG's daily newsletter.

Friday afternoon, the office of Cuban President Miguel Díaz-Canel said the blast appears to be accidental, with the preliminary investigation showing a gas leak appears to be the cause of the blast.

Search teams spent much of the afternoon Friday looking for victims underneath the rubble. Díaz-Canel said on his personal Twitter account, the explosion caused much of the historic building to collapse, and added the country is "in shock" following the incident.

Cuba's government Twitter account also shared that children from a nearby school were evacuated, with none harmed.

Some of the injured victims went to Hermanos Ameijeiras Hospital, about a mile from the scene.

Photos shared Friday by Cuban state-run media show what appeared to be major damage to the outer facade of the building, with smoke and a dust cloud rising from the debris that fell onto the street.

According to the Associated Press, the Hotel Saratoga was first built in the 1800s, and was home to two bars and two restaurants, along with a rooftop pool. It’s been home to multiple high-profile celebrity visits since tourism opened to Cuba.

The boutique hotel is located in a dense, urban area right in the center of Havana, steps from Cuba’s National Capitol Building.

TPG has written about the hotel during past visits to Cuba, including highlighting its incredible rooftop views of Havana.

Following Friday’s explosion, Cuban officials said “several people” at the scene offered blood donations as investigators continue looking for victims, and work to learn more about exactly what led up to the blast.