Articles
Ben Mutzabaugh is the senior aviation editor and heads TPG’s airline coverage. Ben joined TPG in March 2019 after nearly 19 years at USA Today, where he launched the long-running, industry-leading Today in the Sky blog in 2002.
Follow
April 02, 2019
•
4 min read 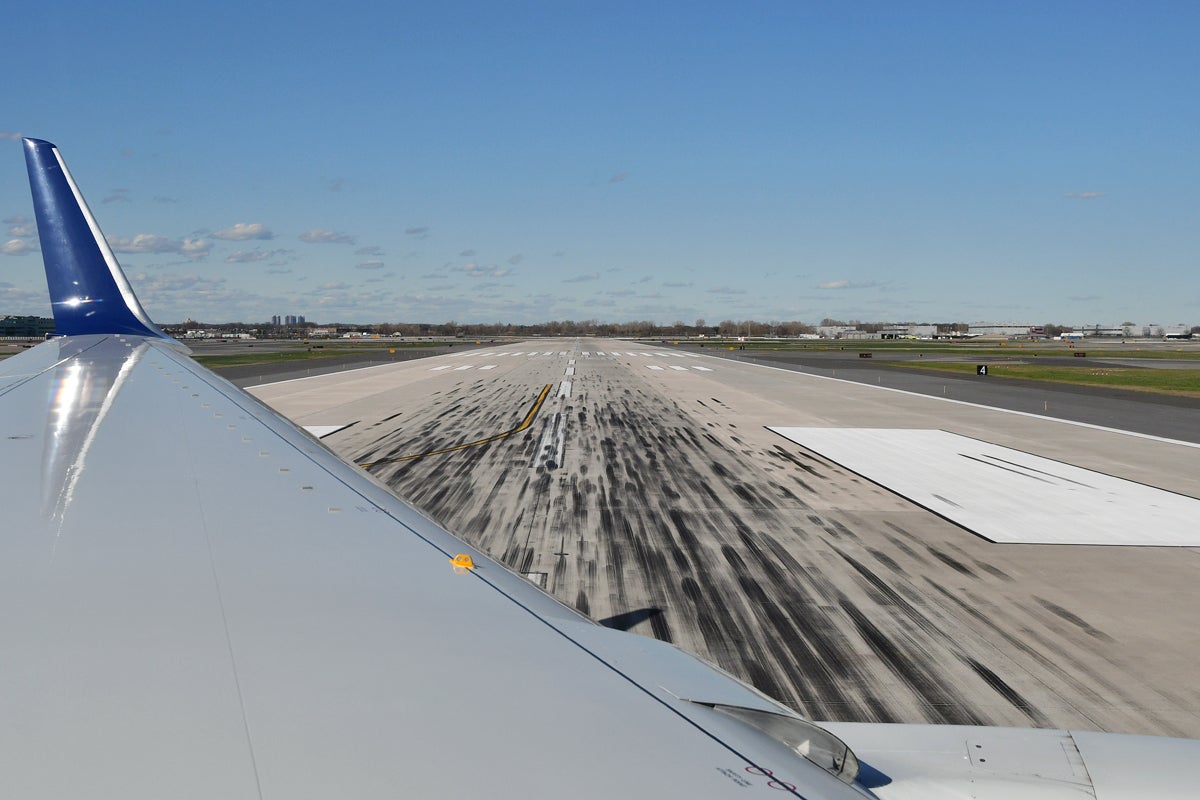 Ex-United CFO Plans USA's Newest Budget Airline
This post contains references to products from one or more of our advertisers. We may receive compensation when you click on links to those products. Terms apply to the offers listed on this page. For an explanation of our Advertising Policy, visit this page.

Is the US about to get a new “ultra low-cost” budget airline?

That’s the plan of Andrew Levy, former chief financial officer at United and one of the executives who helped drive the profitable “ULCC” model now in place at fast-growing Allegiant Air.

Levy’s effort with the new carrier could begin flying as soon as this year, according to WBUR, the Boston radio station that first broke the news.

"There's a lot of room for more airplane seats in the United States," Levy said to Seth Kaplan on WBUR’s “Here & Now” program.

Levy, who left United in 2018, was mum on the network plans for his new carrier. But he did say he thought there was an opportunity to make money in markets that are not currently well served by the nation’s big airlines.

The effort will focus on secondary and low-cost airports and take a no-frills approach like other ULCCs, which include Spirit, Frontier and Allegiant in the US. But Levy’s planned carrier will try to differentiate itself on reliability and service, according to a document for potential investors obtained by WBUR’s Kaplan.

Levy, who would be CEO, confirmed the authenticity of the document to WBUR before speaking more about the plan.

"Doing the same thing as everyone else, but trying to do it better, hasn't worked, historically, very well in the airline industry," Levy said to WBUR. "So that's certainly not what we're trying to do, is out-Spirit Spirit or out-Allegiant Allegiant or anybody else like that. We aim to do something that's different."

At Allegiant, the carrier carved out a niche for itself by flying nonstop to warm-weather leisure destinations from small and medium-sized markets like Minot, North Dakota; Bangor, Maine; and Grand Island, Nebraska. It gave Allegiant a unique value proposition in those markets, where competing service involved a connection through a major hub. Allegiant has since diversified into bigger markets, but that initial strategy that helped set it apart in the company's early days.

"We went after a market that was just different, and it was not being served, and created a business that is far bigger than I think many people thought it could ever be," Levy told WBUR about his time at Allegiant.

Levy’s effort to launch the new carrier comes after his August purchase of a Florida-based charter outfit known as XTRA Airways, according to Bloomberg News. The news agency notes last year, “XTRA’s parent … sold most of its fleet to Swift Air but kept one Boeing 737-400 to retain its Part 121 commercial airline certification.”

Now, XTRA is trying to raise $100 million in capital as its new management seeks to morph it into a scheduled-service airline. The company is expected to seek a different name, according to WBUR.

In a separate interview with Bloomberg, Levy pledged the carrier will offer “a better product and experience but still offer really low prices,” he said, drawing a comparison to what helped Southwest stand out in its early days.

“I think Southwest showed that for many, many years,” Levy added to Bloomberg.

It’s unclear what aircraft would be used for the operation, though Bloomberg points to Boeing 737-800 jets that would seat 189 passengers in a “high-density” configuration that would help offset low base fares by squeezing more paying customers onto each flight.

However, Levy isn’t the only proven airline executive who thinks there’s room for a new US carrier.

David Neeleman, who helped found JetBlue, WestJet and Brazil’s Azul, is also set to reemerge in the US aviation space.

His plans for a new carrier – currently codenamed Moxy – also will target secondary airports, though Neeleman is aiming for a higher-end product that will be operated with new Airbus A220 jets.

Still, Levy’s aggressive schedule could see his airline come to market more than a year before Neeleman’s effort, which isn’t expected to begin flying until 2021.

"We're well on our way and expect to be done relatively quickly," Levy told WBUR.