Articles
Max Prosperi is a part-time frequent flyer and travel writer and full-time student. Based in St. Louis, Missouri, Max covers a variety of topics with a focus on points, miles, and aviation.
Follow
Dec. 24, 2018
•
4 min read 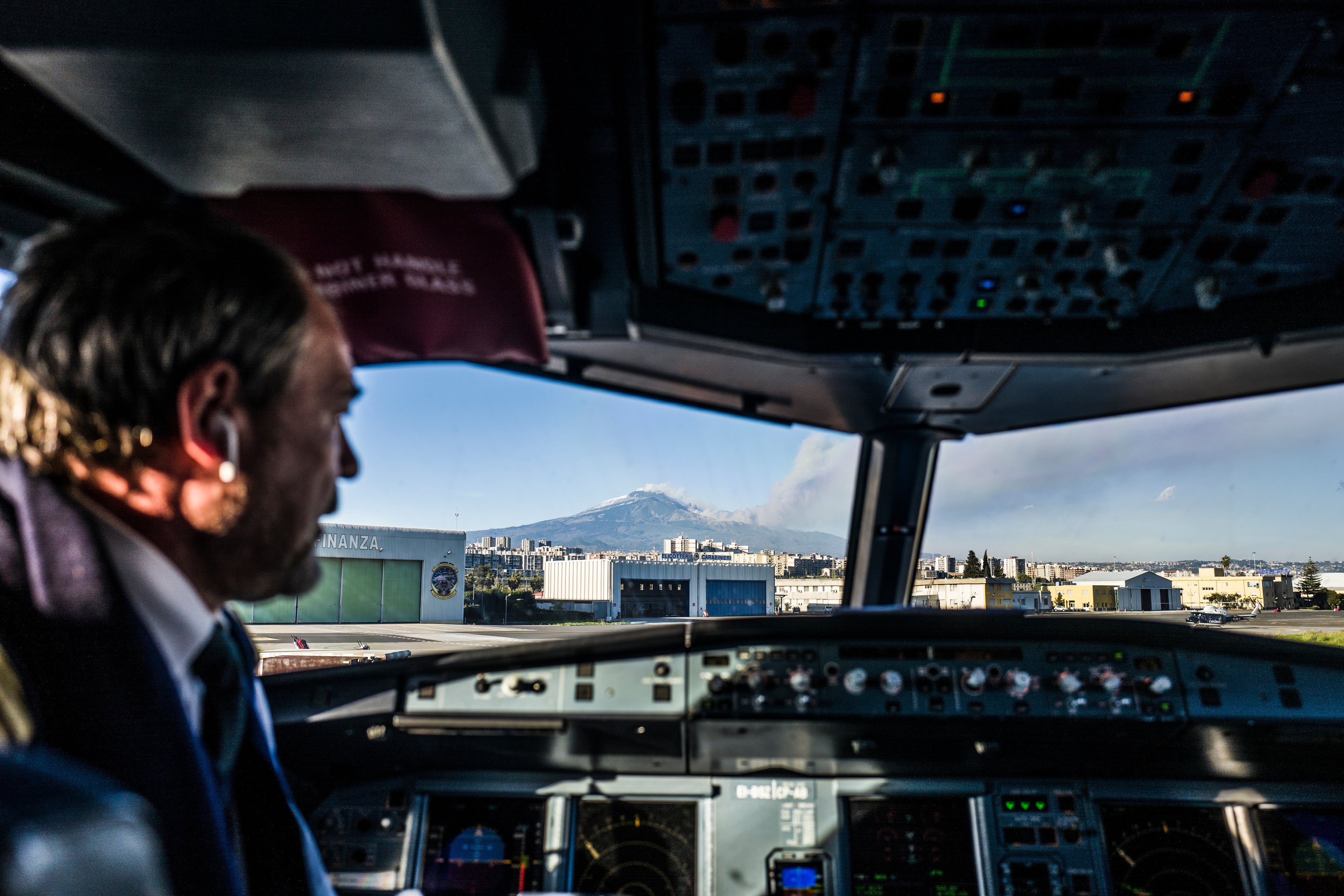 Etna Volcano Erupts, Closes Italy's 6th Busiest Airport
This post contains references to products from one or more of our advertisers. We may receive compensation when you click on links to those products. Terms apply to the offers listed on this page. For an explanation of our Advertising Policy, visit this page.

Mount Etna, located on the Italian island of Sicily, erupted on Monday, leading to multiple tremors across the island and spewing ash from the fracture site. Sicily, the largest island in the Mediterranean, is home to over 5 million people or just over 8% of Italy's total population but receives upwards of 15 million visitors annually. 10,912-ft Etna is Europe's most active volcano, but the aftermath of Christmas Eve's eruption has been relatively mild with volcanologists noting that, though impressive, the eruption likely poses little threat to the island's residents. However, the main airport on the island was significantly affected and as of 9:30 PM local time, 3:30pm on the US East Coast, has closed for the second time today.

Catania-Fontanarossa International Airport (CTA) is located 2.6 miles from the center of Sicily's second-largest city of the same name. It is the sixth-busiest airport in Italy seeing over 9 million passengers last year. Following the eruption of Mount Etna, the massive amounts of ash and smoke released by the volcano resulted in the complete closure of the airport. The airport was closed for several hours and briefly reopened, accepting up to four inbound flights an hour. Then the airport announced via Twitter that it is once again closed due to the volcanic ash.

Volcanic ash poses a significant threat to all aircraft, especially jet-powered. Though ash might appear as fine as smoke, itis composed of very small particulates that can accumulate in an aircraft engine resulting in reduced performance or complete engine failure. In 2010, flights across the Northern Atlantic between Europe and the US were suspended for over a week in the wake of the eruption of Eyjafjallajökull in Iceland. This closure of European airspace was a precautionary measure as volcanic ash traveled from the eruption site across Western and parts of Eastern Europe. In 1989, volcanic ash over Alaska caused all four engines aboard a KLM flight from Tokyo to fail. The aircraft safely diverted to Anchorage, but the incident cost the airline over $80 million in damages.

There have not been any reports of volcanic ash-related incidents from any aircraft departing from or arriving at Catania, though dozens of flights have diverted to other nearby airports. Catania airport officials are actively monitoring the situation and providing up to the minute updates via its Twitter and Facebook feeds. The first few flights on the morning of December 25th have yet to be delayed or canceled. Travelers should always check with their airline if they are unsure of the status of their flight. Additionally, credit cards including the Chase Sapphire Reserve, Chase Sapphire Preferred Card, United Club Card and The World of Hyatt Credit Card offer built-in trip-delay insurance.