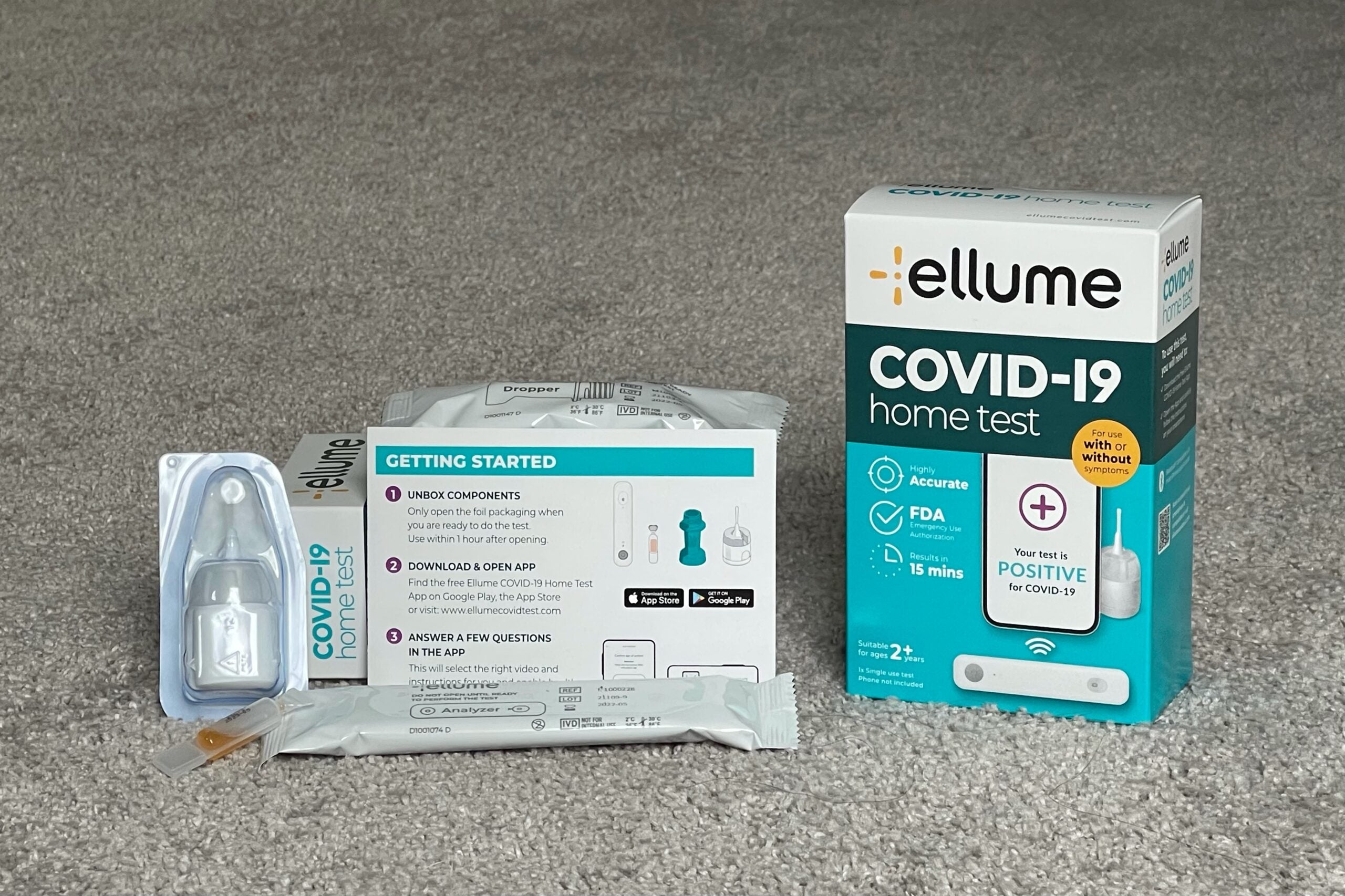 Back in May, the CDC determined that certain at-home instant COVID-19 tests were accurate and secure enough to be accepted for travel to the United States, simplifying the test process for both international visitors and travelers returning home.

I took the first CDC-approved test — Abbott’s BinaxNow COVID-19 Home Test — for a spin this spring, and I just put the second approved option through its paces as well.

Like the Abbott test, you can now order the Ellume COVID-19 Home Test for $50 (plus $15 shipping). Tests are available on this page and must be ordered (and received) before you depart the United States.

Which test to order

If you intend to use your Ellume test for travel to the United States, be sure to begin your purchase on this page and confirm that the selected test has a green "U.S. RETURN TRAVEL APPROVED" banner, as pictured below.

While I ordered one test, a second one arrived in the same box, along with a card explaining that there hadn't been a mix-up.

As the note explained, "We've included this complimentary test in the unlikely event that things don't go to plan. This test will serve as a replacement and we ask that it is not used unless instructed to do so by an Azova Health representative. If you're not required to use the replacement test, the test is yours to use when you're next away from home."

Notably, I only received one "video observation" voucher code, and since remote supervision is required for the test to be valid for travel to the U.S., I'll need to purchase a second session separately for $15 if I'm hoping to use the second test for a U.S. trip.

Because Ellume doesn't currently offer a volume discount, if you're planning to purchase more than one test, you'll come out ahead by ordering Abbott's. Current purchase options include:

Regardless of which test you're planning to purchase, be sure to place your order at least several days before your U.S. departure — tests must be shipped to an address in the United States, and you'll then carry the kit with you on your trip abroad.

The United States currently requires all international travelers to complete their test within three days of their flight — Ellume's website offers a handy chart outlining the earliest day you can conduct your test.

However, since results arrive within a few minutes, it could make sense to wait until closer to your departure day — there's no need to do it at the beginning of the three-day window. Waiting until closer to departure will also buy you some time in case of a travel interruption, such as my missed connection on the way back from South Africa.

Once you're ready to begin, you'll open up the email from Azova that includes your video observation link and voucher code. Mine was titled "Product Receipt" and arrived within a few minutes of placing my order.

From there, you'll select an appointment time. There were plenty of same-day slots available during my test, including one less than 10 minutes away. I ended up needing all of that time to answer registration questions and get the Ellume app set up on my iPhone, so I doubt you'll be waiting around for more than a minute or two.

While the app was downloading on my iPhone, I completed the "intake form" on my computer. My technician explained that you can complete the process using just an Android or iOS smartphone, but I found it to be far easier to use my laptop for the website and video chat and my iPhone to administer the test.

The intake form requested a mix of required and optional information — I provided a picture of my photo ID, then added my passport number, race and ethnicity. I skipped all of the COVID-19 vaccination and testing sections since they were optional and didn't seem entirely relevant.

From there, I landed on a page that listed my appointment — it wasn't immediately clear how to begin my session, but clicking the small video icon in the "Reason for Visit" box did the trick.

Moments later, April joined my video chat from the Philippines. She didn't appear on camera but talked me through the app registration process, which included typing in a few identifying codes she provided.

From there, I began the testing process, which started with a mandatory video tutorial.

As you can see from the diagram above, you'll be sticking a swab pretty far up both nostrils. It's the "brain tickle" test you may have experienced during some PCR tests — I found it to be far more invasive than the Abbott version.

Ellume's test relies on technology far more than Abbott's does, including a special sample analyzer that connects to your smartphone via Bluetooth.

As a result, there's a bit more setup required, but once April was done walking me through the test (and supervising my swab), the analyzer and app took care of the rest.

There are a lot of steps involved, and I found it difficult to hear April clearly at times, so be sure to pay very close attention to the tutorial. If you don't, you might end up with an inconclusive result and needing that second test.

After about 10 minutes with April, it was time to wait. You'll need to keep your phone opened to the app while the analyzer does its thing, though you're technically able to answer phone calls using the speakerphone function as long as you don't navigate away from the Ellume app.

As soon as the clock hit zero, I had my results.

It took a minute or two for the website to update, but everything happened automatically — April had long since moved on to her next customer.

I received a PDF report in my email as well — this is the document you'll provide when you check in for your flight.

While it's incredibly helpful to be able to complete the U.S. entry requirements without leaving your home or hotel, I felt a little guilty about how much garbage I had created from a single test. I recycled the paper materials, but the rest had to go right into the trash.

I even opened up the analyzer to see if there was anything I could repurpose from there — there's a button battery, if you need one of those for an appliance remote, perhaps, but other than that, it'll probably all end up in the trash.

While it was great to be able to complete the process with just one human supervisor, since so much of the process is automated here, Ellume's test certainly has a bigger carbon footprint than Abbott's, including electronic waste.

I also found the Abbott test to be less invasive since the swab doesn't venture nearly as far. Either way, that aspect of the test only takes a few seconds, but Abbott definitely has the advantage there.

Finally, if you're looking to purchase a large number of tests, it could definitely make sense to order the Abbott version, as outlined below:

Meanwhile, if you're ordering just one test and would rather work with one human supervisor instead of two, it could be worth giving the Ellume COVID-19 Home Test a try. You'll find it on the order page right here.

Related stories
Chasing American Airlines elite status? Here are 14 ways to earn Loyalty Points
Fly to Greece from multiple US cities for less than $700
American Airlines restores free 24-hour hold option
Holiday airfare is rising: What to know if you haven’t booked yet
Featured image by (Photo by Zach Honig/The Points Guy)
Editorial disclaimer: Opinions expressed here are the author’s alone, not those of any bank, credit card issuer, airline or hotel chain, and have not been reviewed, approved or otherwise endorsed by any of these entities.