Dubai International Airport to Close 1 of Its 2 Runways

Articles
Jordi Lippe-McGraw is a writer covering travel, family, food and wellness for outlets like Conde Nast Traveler, Travel + Leisure, the New York Times, Forbes, and more. She has traveled to more than 30 countries on all 7 continents (including Antarctica at 5 months pregnant) and is an avid puppy, penguin, and truffle lover.
Follow
March 29, 2019
•
3 min read 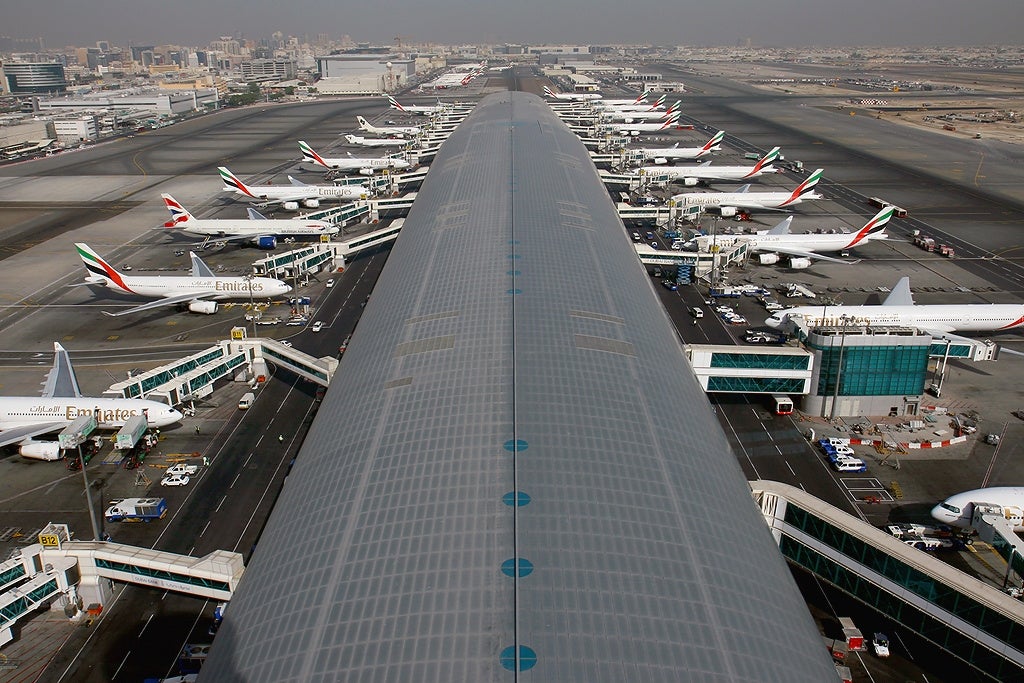 Dubai International Airport to Close 1 of Its 2 Runways
This post contains references to products from one or more of our advertisers. We may receive compensation when you click on links to those products. Terms apply to the offers listed on this page. For an explanation of our Advertising Policy, visit this page.

Although Dubai International Airport (DXB) is on track to welcome a record-breaking 100 million passengers by 2020, flight operations are about to be severely affected. Why? Well, one of hub’s two runways will be shut down.

According to Live From A Lounge, the South Runway will undergo a full refurbishment from April 16 to May 30, 2019, reducing flight operations by 32%. Consequently, the North runway will see a traffic increase of 96% meaning things are about to get a whole lot more hectic. So, there are a few things travelers planning to pass through DXB should know.

Currently, DXB houses 75 airlines, offers access to 260 destinations on six continents, and it home to long-haul carrier (and TPG Award winner) Emirates. Airlines affected by the change will be given slots at the new Dubai World Central (DWC) airport, which is just partially open at the moment for a few passenger flights and cargo flights. But, during the 45-day construction Aeroflot, Azur Air, Belavia, Condor Flugdienst, Eurowings, FlyDubai, FlyNas, Gulf Air, IndiGo, Kuwait Airways, Nepal Airlines, Nordwind Airlines, SpiceJet, Ukraine International Airlines, Ural Airlines, and Wizz Air will all operate out of DWC.

Not surprisingly, many popular routes (DXB is the busiest international airport after all), will be altered too. Flights to and from hot spots like Mumbai, Delhi, and Istanbul will be diverted meaning Turkish Airlines and Qantas will see some major disruptions. Several of the airlines—IndiGo, SpiceJet, Air India Express, Jet Airways, and FlyDubai— have already announced how they’re handling the interruption, which will include cancellations.

Emirates, on the other hand, has only revealed that there will be a 25% reduction in flights and that up to 48 planes won’t be in use during the time. But, all flight details have yet to be released. Air India also hasn’t made an official announcement, but it has stopped accepting bookings for routes like Chennai to Dubai and Hyderabad to Dubai for those dates.

So, if you were planning a trip that involved Dubai as the destination/take-off point, or as the layover spot, it’s important to check your existing flights for changes. Since flights will operate out of both Dubai airports, your flight might arrive at one and have to depart from the other. That means you might have to clear immigration, collect your bags and travel the 22 miles between airports (DWC is located in Jebel Ali) to make a connecting flight.

Bottom line: contact your airline if you’re traveling during those dates to understand how it will affect your itinerary.