Articles
Melissa Klurman is a travel reporter and the winner of a Lowell Thomas Gold Award for travel writing.
Follow
March 26, 2021
•
5 min read 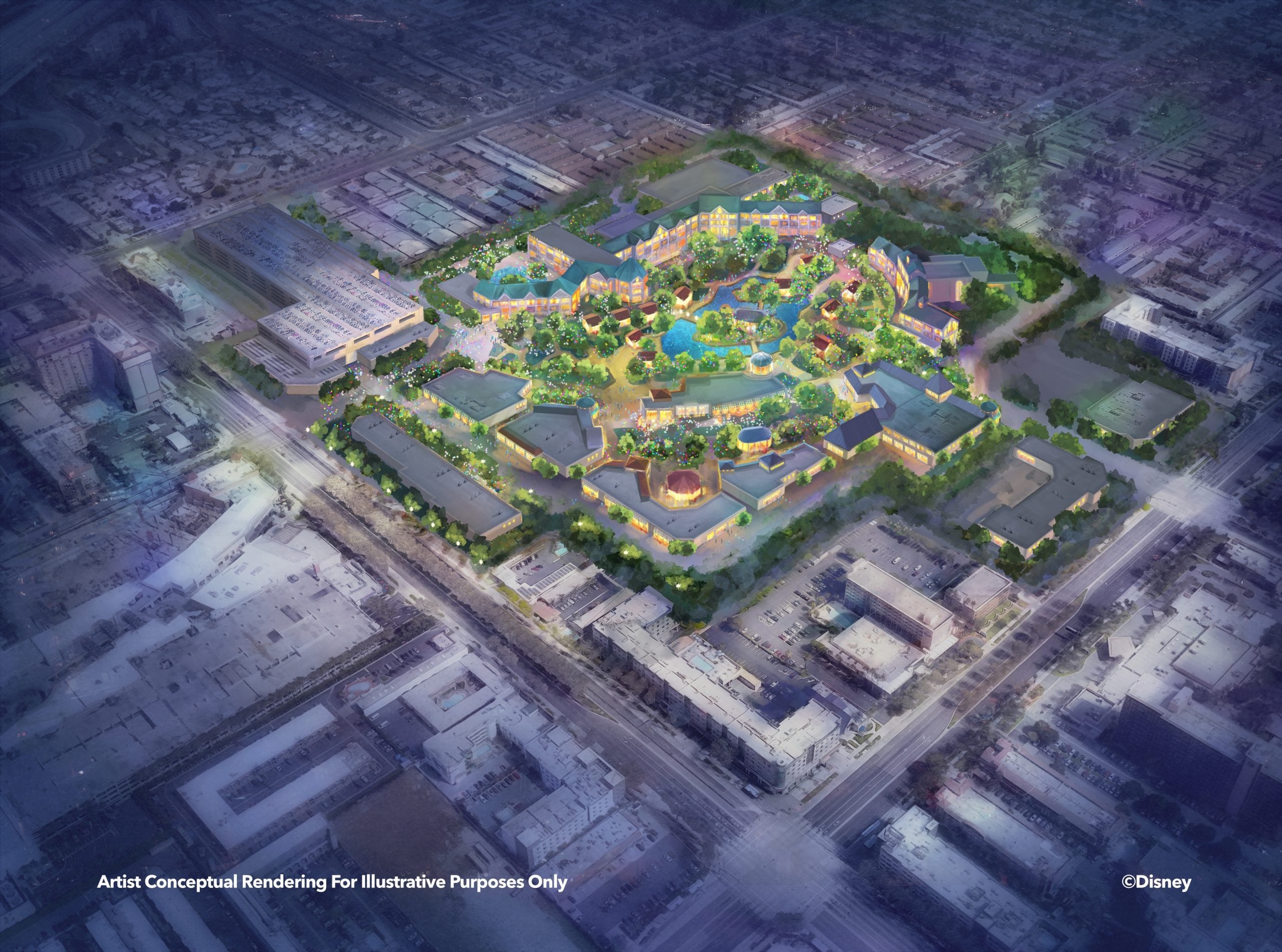 It may have been a full year since Disneyland was last open to the public, but the theme park wasn't taking a Sleepy-style nap during that time. Instead, it was working on plans to hopefully expand its offerings in the Anaheim, California, area as part of its DisneylandForward theme park expansion announced yesterday.

For plans to move forward, however, planning restrictions in Anaheim would need to be updated, which is Disney's goal in unveiling this plan to the public.

Until then, here’s what we know.

"Disneyland will never be completed," Walt Disney famously said. "It will continue to grow as long as there is imagination left in the world."

To continue Disney's dream, expansion needs to happen, though it's been surprisingly difficult to achieve.

In the 1990s, the city of Anaheim approved specific plans that would guide the growth of the Disneyland Resort and businesses in the newly formed Anaheim Resort area. Those plans resulted in major improvements to the entire area -- including the addition of Disney’s Grand Californian Hotel and Spa and Downtown Disney as well as the nearby Anaheim Convention Center.

But the existing "zone" approach is severely limiting Disney’s ability to continue developing new technology and experiences, according to the DisneylandForward website.

Without updates, Disney says, the new experiences that have been rolled out in other Disney theme parks around the world will never be able to come to the California park. As a result, DisneylandForward was created. This multiyear public planning effort with the city hopes to "update existing development approvals that will allow Disney to meaningfully invest in Anaheim for years to come and meet the future demands in entertainment" according to Disney.

If you're familiar with both Disneyland as well as Walt Disney World in Orlando, Florida, you know their footprints are vastly different.

In fact, the reason the sprawling four-park Walt Disney World came to fruition in what was then the undeveloped swamps of Central Florida was to give the Disney brothers, Walt and Roy, plenty of space for the expansion that was lacking in Anaheim, a location with finite borders.

To be clear, we don't know exactly what's coming — but how could Disney fit new rides, attractions, restaurants and perhaps even a hotel into the existing area?

The "Immersive Theme Park" west-side expansion envisions a theme park on the Downtown Disney and Lilo and Stitch parking lots woven amid the Disneyland Hotel and Paradise Pier Hotel, according to the Orange County Register. By looking at the plans available on the website, the current parking lots would be reconfigured and Disney would build "a new parking destination on the east side of The Anaheim Resort, which would include a pedestrian bridge," according to the website. The Disneyland Resort footprint, however, would not change.

What Would Be Added — and when?

What wouldn't be added seems like the true question to ask when you look at some of the suggestions on the DisneylandForward website.

For Disneyland, highly themed "Frozen," "Tangled" and "Peter Pan" lands (all of which are coming to the Tokyo DisneySea park) all seem to be real possibilities.

And California Adventure Park would see the addition of "technologically advanced, immersive and cutting-edge entertainment" including "Zootopia" (a version of which is currently under construction at Shanghai Disneyland); a "Toy Story" land like the one at Hollywood Studios in Florida; and a "Tron" Lightcycle Run roller coaster, which is already a popular attraction in Shanghai and is being built at the Magic Kingdom as well.

The site also calls out a possible "Immersive Theme Park" as well as a "A New Kind of Disney Entertainment" both of which may include new hotels, restaurants, retail and entertainment options.

Related: What it was like the day Disney World reopened

Unfortunately, there's no timeline available right now (Disney only says it's a multiyear planning effort), but talks are moving forward with the city of Anaheim while Disneyland continues to prepare to open to the public at the end of April. In addition, the Avenger's Campus is slated to open at the end of 2021, and Mickey and Minnie's Runaway Railroad is slated for a 2023 premiere.

One thing that's clear though: Disney is thinking big with its DisneylandForward future expansion website. Now, only time will tell if Anaheim will allow future expansion to happen — and what shape that will take if it finally gets the green light.

Related stories
Maximize your Cyber Monday shopping with these 10 credit cards
8 best drinks to order with a cruise ship beverage package (and 3 to avoid)
Should you do a mattress run for hotel points or elite nights?
This might be the best Amex card combo: Amex Gold and Amex Business Platinum
Featured image by A new kind of Disney entertainment destination that could include theme park, hotel, retail, dining and entertainment experiences. Courtesy of Disney
Editorial disclaimer: Opinions expressed here are the author’s alone, not those of any bank, credit card issuer, airline or hotel chain, and have not been reviewed, approved or otherwise endorsed by any of these entities.