Articles
Summer Hull , aka Mommy Points, ran the Mommy Points site for families who want to travel more for less using miles and points for seven years. She now heads up a variety of special projects at TPG when she isn't exploring the world with her own two girls.
Follow
March 28, 2019
•
5 min read 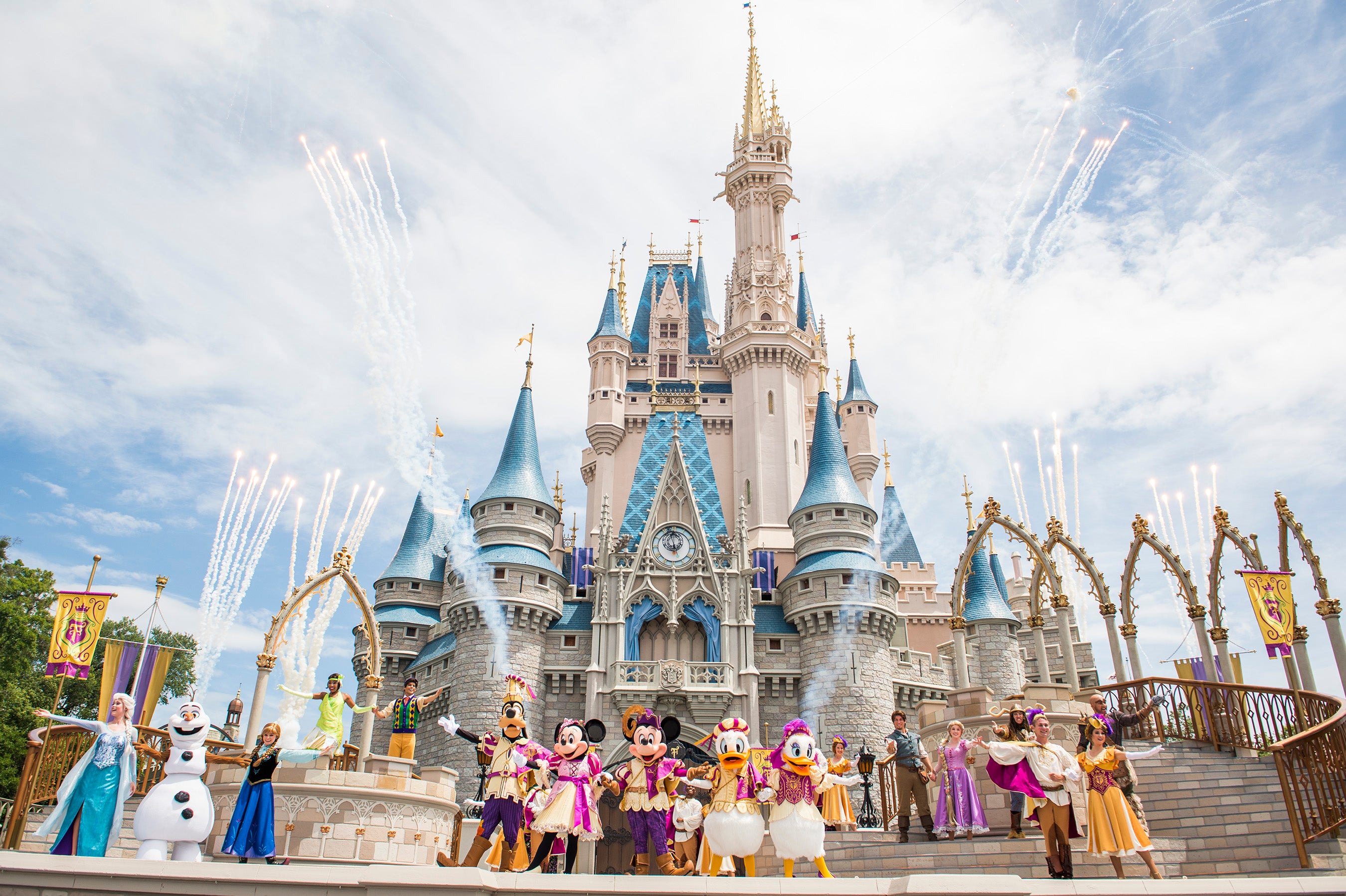 The list of things you can't bring into the Walt Disney World and Disneyland theme parks just got a little bit longer. Some of these changes are being implemented as of today and others kick in on May 1, just a few weeks in advance of the opening of Star Wars: Galaxy's Edge on May 31 at Disneyland in California (it opens on August 29 at Disney World).

Perhaps the largest change for some families is that as of May 1, the dimensions of allowable strollers is shrinking a bit and stroller wagons, such as the one shown below (which have become increasingly popular from my own park observations), will be banned entirely. The permitted stroller width will shrink from 36 to 31 inches while the allowable length stays the same at 52 inches.

These changes are said to be intended to improve guest flow and ease congestion. (We wonder if this impacts the carriage and space ship stroller rentals that cost up to $240?)

While the new stroller requirements may squeeze out some oversized strollers, many standard side-by-side double strollers should still be fine. For example, the Britax B-Agile Double Stroller (on our list of the best double strollers) is listed as 40 inches long and 31 inches wide -- right at the new max width.

No Smoking in Disney Parks

Those who smoke, consider yourself on notice that also beginning on May 1, there will no longer be smoking areas at Walt Disney World and Disneyland within the theme parks, water parks, Wide World of Sports Complex or in Downtown Disney. There will still be designated smoking areas outside the entrances of the above areas, at Disney Springs and at Disney Resort hotels.

Effective today, loose ice is also no longer permitted to be brought into the Disneyland and Disney World theme parks and water parks. Food, drinks and coolers are still permitted in the parks, but to keep your items cool, you'll either need to use reuseable ice packs or ask for complimentary cups of ice from the quick service food locations within the parks that you can place into your cooler. Dry ice is also no longer permitted.

Since this change is being implemented immediately, my hunch is that ice was deemed a security or safety concern -- either it was a challenge to effectively inspect everything in a cooler when a significant amount of ice was obscuring the view, or perhaps a dumped cooler with a large quantity of ice could present a slipping hazard.

While some of the Disney Vacation Club rooms will have a full-size fridge with a freezer, most standard Disney Resort rooms only have small mini-fridges which probably don't get cold enough to freeze a reusable ice pack or bottle of water that could serve as a make-shift ice pack. In that case, getting loose ice from the quick service restaurants inside the park may be your best bet if you want to keep things cool.

Disney is about to experience an influx of visitors thanks to the new Star Wars attractions, so streamlining a few rules to improve traffic flow and maximize the guest experience makes sense. While some will miss the convenience of the stroller wagons or the in-park smoking areas, other guests are already cheering their departure.

Here's a full list of rules at Walt Disney World and Disneyland.