Articles
Summer Hull , aka Mommy Points, ran the Mommy Points site for families who want to travel more for less using miles and points for seven years. She now heads up a variety of special projects at TPG when she isn't exploring the world with her own two girls.
Follow
Dec. 01, 2018
•
8 min read 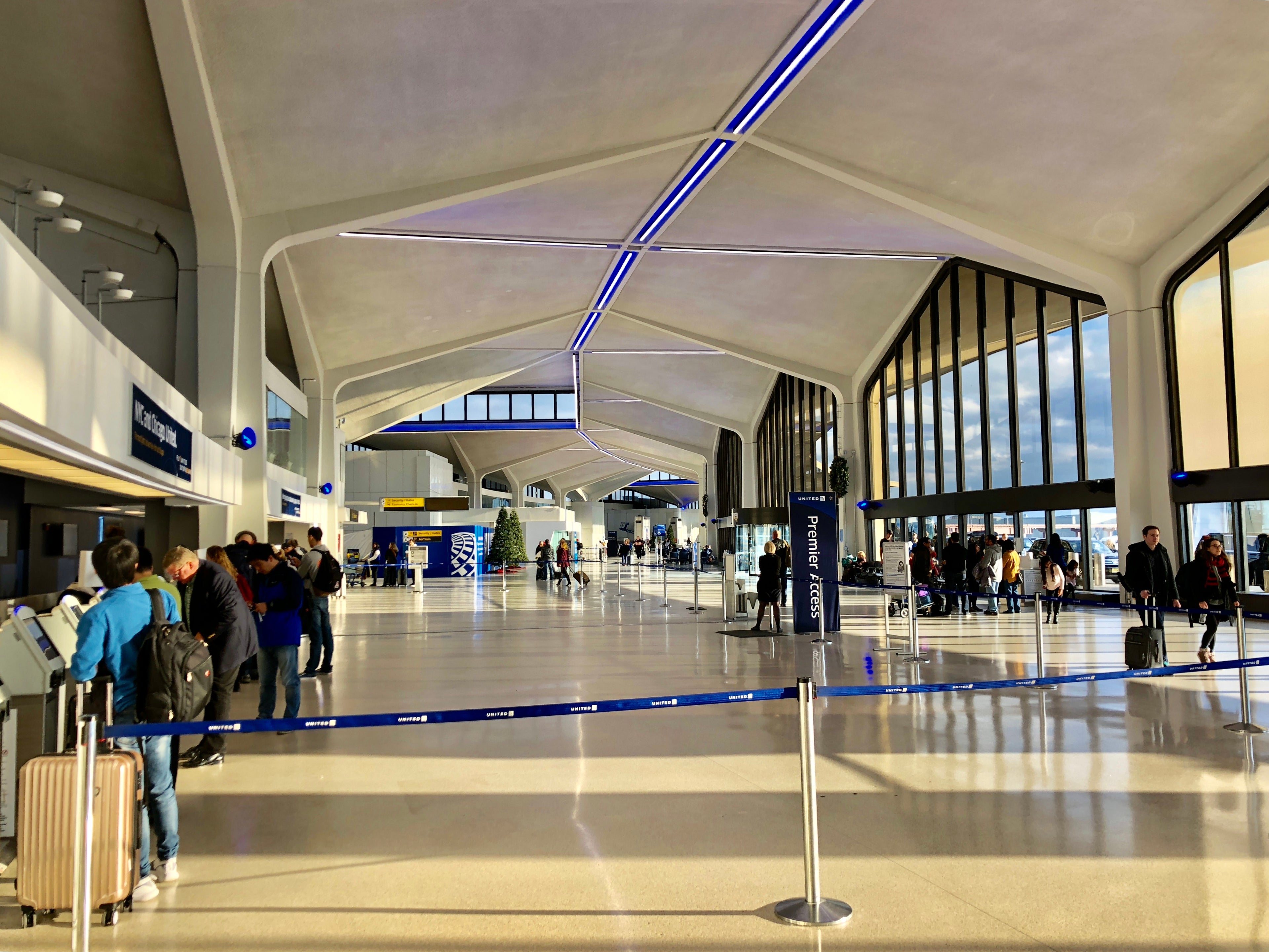 The Day I Cried in the Middle of Newark Airport (and Why United Is Partially to Blame)
This post contains references to products from one or more of our advertisers. We may receive compensation when you click on links to those products. Terms apply to the offers listed on this page. For an explanation of our Advertising Policy, visit this page.

Fact: family travel (while worth it), can be tough. Also a fact: As a parent, traveling without your family can be even tougher. In fact, I recently took a trip without my kids and found it to be one of the most challenging departures of all.

That's why, on the Sunday after Thanksgiving, I found myself, an almost 38-year-old traveling mom of two kids crying in the middle of Newark International Airport.

Let's rewind for a moment. My 2017 Christmas gift to my mom was to take her to the 2018 Christmas markets in Vienna. No kids, no husbands, just us shopping and hanging out somewhere amazing for a few days. We rarely get to be adults together — we're basically always focused on the kids, so this was supposed to be a real treat.

Since we were taking my girls to New York City to see Santa, ice skate and more just after Thanksgiving, my mom and I decided to continue to Europe together from New York. My husband, Josh, and our two girls would fly home to Texas.

Logistically, this plan was darn near perfect. But as the date neared, I realized that leaving the girls to fly home with Josh (which they had never done before) wasn’t going to be easy. In fact, I started to dread it. A lot.

To hopefully make things better, a few weeks before departure, I stalked award availability like a crazy person until I was able to swap our business class awards out of JFK on Iberia for nonstop flights on Austrian out of Newark booked with United miles. This new itinerary kept me with the girls as long as possible, and should have made the trip home a little easier for them (and for Josh).

Though their flights were out of Terminal C, and ours departed from Terminal B, we (theoretically) had access to the United Polaris Lounge in Terminal C because we were flying international business class on a Star Alliance partner.

But it didn't work. As we approached the security line in Terminal C, the “maroon coats” (who I presume are airport employees) wouldn’t let my mom or me into the TSA checkpoint line because our flight departed from another terminal.

Normally, entering through a different terminal isn't a huge issue (here's how it is supposed to work) but Newark operates in its own stratosphere, and to them, this was a dealbreaker. We tried to negotiate, explain, talk about the lounge, but we were wasting our breath. We weren't even getting in the security line, much less the lounge.

After double checking the rules on United’s website and asking the all-knowing-Twitterverse, I was certain that travelers flying business class on a Star Alliance partner (such as Austrian) can access a United Polaris Lounge from their international departure city. Accessing Terminal C was well within my rights, but I wasn’t getting by this gatekeeper. So a new plan was hatched.

A traveler on Twitter responded to my question above that they had been given a gate pass by United to go to the Polaris Lounge in Newark when flying Star Alliance out of Terminal B, so that was the new idea. I hauled the family to Newark's United Polaris (business class) check-in area.

I thought if anyone could help, United could. But the moment I walked up I knew help wasn’t coming. I was repeatedly asked if I belonged in the (mostly empty) United Polaris check-in area and am fairly certain I received an eye roll or two.

Wanting to get my babies as far on their journey as I could, I pressed on. In that conversation I was told everything from, "United Polaris access is only for those flying United," to, "Gate passes must be requested weeks in advance," and finally (after showing the United employee United's own website), I was told, "You can have access to the Polaris Lounge when connecting to a Star Alliance partner, but not when only flying a Star Alliance partner."

No matter what documentation on United’s website I displayed, the situation never got me anywhere closer to Terminal C.

While I had hoped to help my mom (who is far more familiar with Spirit Airlines than fancy lounges) enjoy the United Polaris Lounge at least briefly, this wasn’t really about the lounge. It was about me getting the girls to their gate in a terminal I had every right to be in.

When it was clear that the made-up rules of the day were going to be enforced to the letter of the unwritten law, I walked away. I had run out of time (and energy) to pursue other options to keep us together to the gate. So, I did what any sad, angry and overwhelmed person who was about to fly thousands of miles from their kids might do. I started to cry. Oh yes, I was the one standing alone silently crying in the middle of the airport check-in area.

These weren't tears soliciting sympathy. Rather, these were tears of feeling like I simply wasn't doing my best. I wasn't leaving my family because I had to, so I couldn't pawn off my guilt on work obligations. I wanted to take my mom on this special trip, but I didn’t want to leave my family.

And I sure as heck didn’t want to leave them like this. But Newark was living up to its reputation and it won this round.

As I walked outside to try and put on a happier face, my 8-year-old followed and busted me. She was already begging me not to go before any of this transpired, but now there were two of us crying outside Newark Airport.

With no more energy and nowhere better to go, we spent the rest of our time together near the employees who made up these silly rules in the first place.

Dad was fed up, Mom was a mess, the kids were sad and Grandma was just trying to not get sucked down our rabbit hole. In the end, we walked the girls back to the security entrance where the "security bouncer" had stopped us the first time and said our messy goodbyes. There was to be no smooth transition as my eldest daughter walked away with some pretty big tears. I held back another round of my own until boarding the AirTrain to Terminal B.

The best laid plans are just plans until they are executed, and you cannot always count on airports or airlines to help you on your way. In fact, they often create some of the problems.

I'm partially sharing this story so travelers are aware of potential challenges that can arise if you concoct a similar plan (I shouldn't have had my boarding pass on top of the pile when we tried to enter the TSA line in Terminal C). But mostly, I'm sharing this story in the hopes that other parents know it's OK for travel to be hard, even when it's supposed to be for fun.

Flying without the kids in a lie-flat seat across the ocean to go explore Europe for a few days should be amazing. And it is. But leaving the kids behind can crack your heart into pieces. This is especially true if your goodbyes don't go as planned and end in tears instead of hugs. In that moment, part of me really wanted to make the kids happy, stop their tears (and mine) toss our plans and just all fly home to Texas together.

However, the kids were ultimately fine for a few days without me. And my mom and I were able to share a special experience together in Vienna.