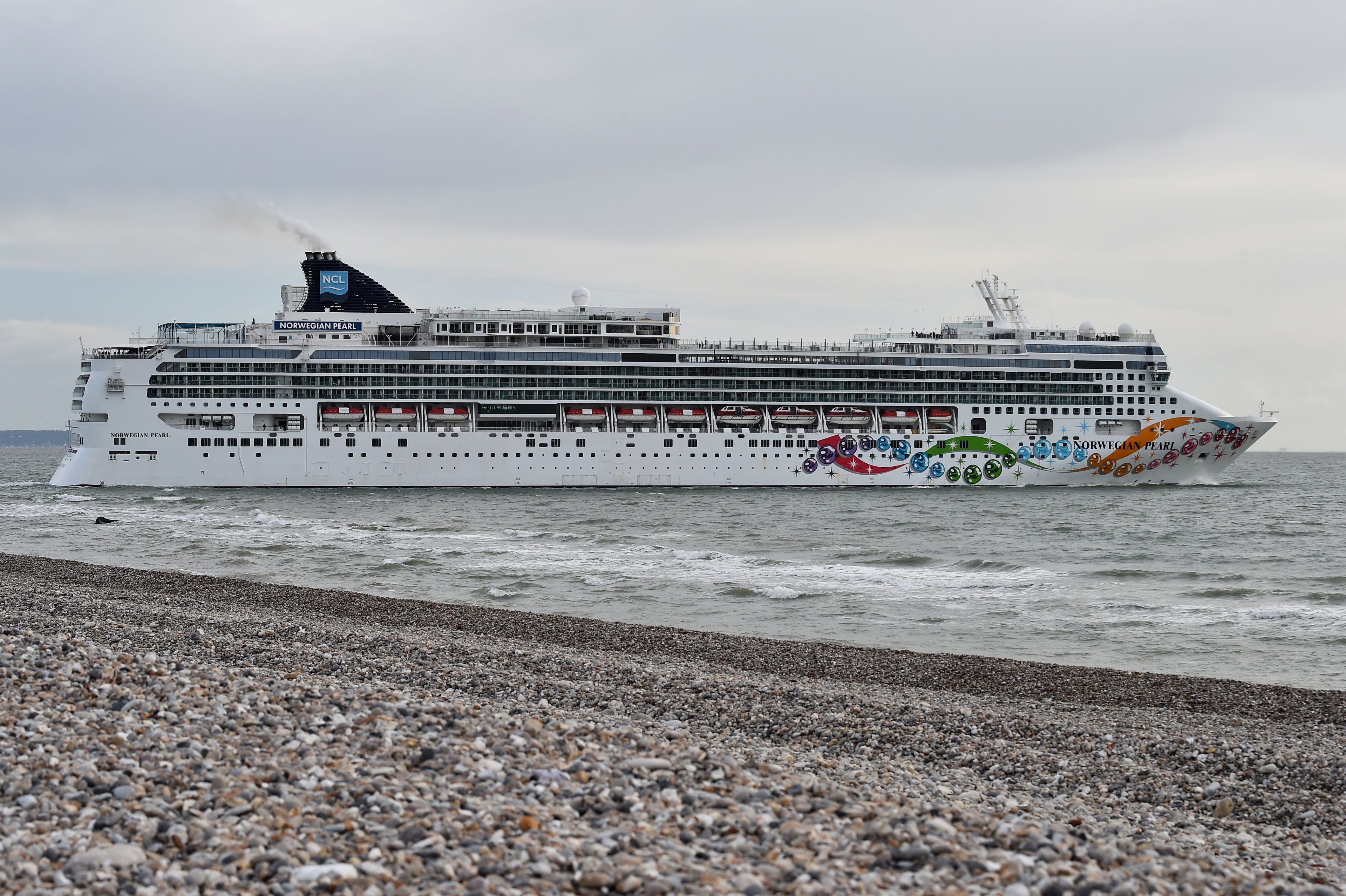 Cruise industry executives like to boast that most people who cruise are highly satisfied with the experience — and they point to research that backs them up. But that doesn’t mean every voyage goes perfectly.

On any given sailing, lots of little things can occur (slow service in a dining room; a tour that is more dud than delight) that can have an outsized impact on your experience.

As cruisers on the 2,394-passenger Norwegian Pearl discovered earlier this month, there also occasionally are problems on a much bigger scale. Norwegian Cruise Line was forced to end a 13-night sailing of the vessel from Amsterdam to Civitavecchia, Italy, several days early after a mechanical problem affected the ship’s propulsion.

So, what should you do if your cruise experience doesn’t measure up to your expectations? We talked to industry insiders on how to handle problems both big and small when on a voyage.

The Most Common Cruise Complaints

As is the case with land-based hotels and resorts, many of the complaints that cruise lines receive revolve around accommodations. Vicky Garcia, COO and co-owner of Cruise Planners, the nation’s largest travel agency network, told The Points Guy one of the most common areas for complaints that she sees with ships is around noise levels in cabin areas. Food quality issues also are a common topic for complaints, she said.

Unlike land-based hotels and resorts, cruise lines also must deal with customer unhappiness about changes to itineraries sparked by weather situations, Garcia noted. In the case of a hurricane in the Caribbean, for instance, it’s not uncommon for ships to alter course to avoid the storm, dropping or switching scheduled port calls in the process. Similarly, river cruise ships in Europe sometimes alter itineraries when low-water levels make a segment of river unnavigable.

Who to Talk to About a Problem

On most cruise ships, the most public-facing member of the staff is the cruise director: The person you’ll see introducing onboard shows and leading deck-top activities. But this isn’t necessarily the person you should approach if you have a problem.

Travel agency veteran Jill LaBarre told The Points Guy it’s better to seek out the head of the department that is at the center of your complaint. If it’s a problem with your room, that’d be the chief housekeeper. If it’s a problem related to an onboard restaurant, you’d want the food and beverage manager. For billing issues, it’s the purser. They’re the people in the best position to fix the situation.

“Most guests think of the cruise director as being “in charge” of the cruise. In fact, [he or she] only is in charge of the entertainment and activities,” said LaBarre, the vice president of business development at Palm Coast Travel, owner of Oasis Travel Network and SmartCruiser.com. “If something is wrong, telling the right person is [the key to] the best resolution.”

LaBarre notes that just about every ship has a wall in a prominent public area with photos of top officers and department heads. Or you can ask for the right person at the front desk.

If speaking to a department head doesn’t do the trick, the next step would be to go to the ship’s hotel director or one of his or her assistants, LaBarre says. Other than the captain, the hotel director typically is the top-ranking executive on any vessel and in charge of all the “hotel” operations including housekeeping, dining and entertainment.

LaBarre says you shouldn’t be shy about bringing up problems with onboard staff.

“Don’t wait until you get home to write a scathing email to the corporate headquarters,” she said. “It’s too late for the problem to be fixed, which should be the goal. The first response [from headquarters] would be to know if you spoke to anyone onboard to resolve your issue.”

What Complaints Are Valid

At some level, there are no complaints too nitpicky to bring up while on a ship. If a customer isn’t happy about something on a voyage, no matter how small, they should say something — as soon as possible — said Kristin Karst, co-owner of river cruise line AmaWaterways.

“Every person has a difference tolerance level [for perceived errors]. What is reasonable to one person is unreasonable to another,” Karst said, noting the company is eager to hear about issues early in a voyage so they can make it right. “The guest should have a fantastic time on board — the time of his or her life.”

Karst recalled a passenger a few years ago who was unhappy his ship didn’t serve a gluten-free beer. While seemingly a small thing, it was important to this customer, and she’s glad he spoke up. The ship sent a crewmember out at the next stop to purchase gluten-free beer to have on hand for him, and what could have turned into a bad experience for him became a positive one. The line has since started carrying gluten-free beer on every voyage.

Sometimes, however, the issue is something beyond the control of the line. Karst said one of the most common complaints that AmaWaterways staff hear from passengers is that other vessels are docking too close to their ship, blocking the views from their cabin windows.

Karst said there wasn’t much the line could do to fix the situation other than to explain that its ships don’t have control over which vessels dock near them. They’ll also point out that the number of hours on any given voyage where a ship is docked next to another ship is relatively small.

Garcia said some complaints clearly are more valid than others. If there’s a problem with the plumbing or air conditioning in your room, it’s completely reasonable to make a complaint, she said. If you just don’t like the décor of the room, making a complaint is less valid in her eyes.

What to Ask for When Things Go Wrong

Many small mistakes, such as a room going uncleaned or the slow delivery of room service, can be rectified quickly if brought to a manager’s attention.

Other things are harder to fix. Unhappy with your room? Getting an upgrade to a better one often is difficult, as the business model of cruising revolves around ships sailing full, notes LaBarre. Often, there isn’t a single cabin open on a ship to which you could move.

That said, it doesn’t hurt to ask, particularly if your complaint is about a functional element of the room and not just related to its size or décor.

In such a case, “[They] will do whatever [they] can do,” AmaWaterways’ Karst notes.

Karst said she once was on a trip on the Mekong River in Cambodia where she noticed a couple that seemed unhappy. She asked if they were OK, and they mentioned the air conditioning system in their suite wasn’t keeping the room as cool as they liked. It was exactly the sort of situation where someone should speak up, she said, and the line did its best to make things better. Since the ship was sold out, with no other room available, Karst offered the couple her own room, where the air conditioning system was working much better. Since it was a lower-level cabin, she also had the couple refunded for the difference in fare between the cabin types, and she called ahead to the hotel where the couple was staying after the sailing to have them upgraded to a better room.

While expensive, such gestures make sense to cruise companies looking to create long-term loyalty, Karst said. The couple, she notes, went on to become frequent customers.

“They have since done every river cruise we offer,” Karst said. “They have become almost like family friends for us now.”

LaBarre said cruise lines generally are good about owning their mistakes and going the extra mile to keep customers happy. In addition to fixing a situation when something goes wrong, that often means a little token of appreciation as well as an apology.

“For something minor, a guest may find an extra treat in their cabin,” she said. For something more serious, “some [financial] compensation may be offered.”

In the case of an altered itinerary, cruisers may be surprised to learn that cruise lines are under no obligation to offer compensation, LaBarre added. The fine print in cruise contracts explicitly notes that lines have the right to make changes to itineraries as needed.

That said, lines sometimes do offer passengers some form of compensation when itineraries change, even when the situation is beyond their control. When a sudden policy change by the Trump Administration last month forced cruise lines to substitute calls in Cuba on short notice, for example, many lines waived cancellation penalties for customers and offered those who went ahead with sailings refunds of as much as 50% of their fare.

“For the most part, guests were very happy with the [offers] — and should have been,” LaBarre said.

In the case of this month’s issue with the Norwegian Pearl, Norwegian Cruise Line gave every passenger on the vessel a 50% refund of the fare they had paid, even though only a few days of the 13-night trip were affected. They also gave passengers a credit toward a future cruise in the amount of 50% of what they had paid for the affected sailing, and they covered up to $300 per person in airline change fees.

When a cruise is cancelled completely, customers can expect a full refund, a credit for airline change fees and a future cruise credit of some sort, LaBarre said.

Still, both LaBarre and Garcia suggest would-be cruisers buy travel insurance that would cover any extra costs they might incur if a cruise goes significantly awry or is canceled.

“If a cancellation is the fault of the cruise lines, then it should be expected that the guests would be offered a refund or value toward a future cruise of their choice,” Garcia said. But, “Insurance may come into play to cover other costs not associated with the cruise lines such as airfare, transportation, etc.”