You now can have Mayan ruins, once crowded with cruisers, all to yourself 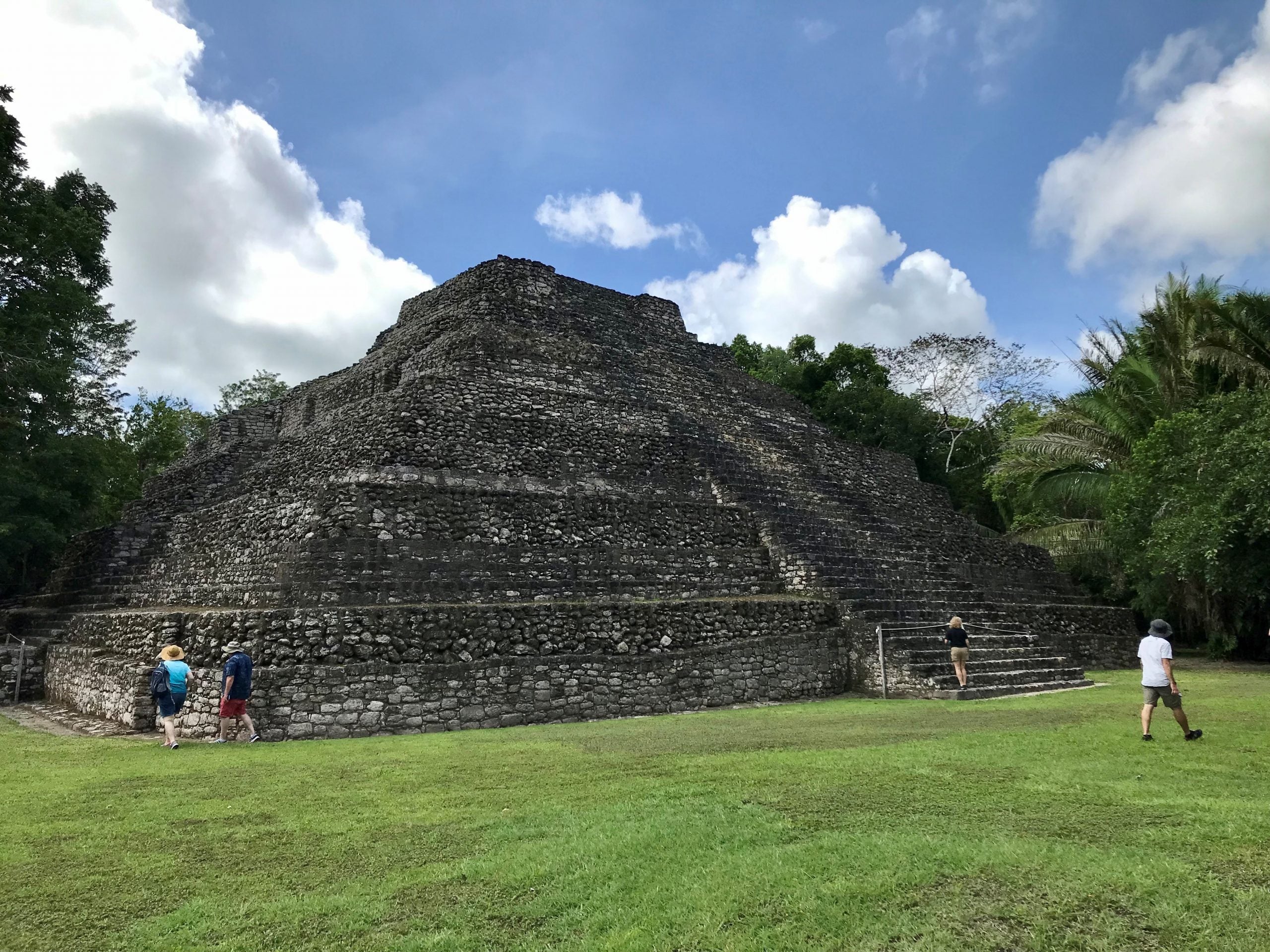 This can't last long. That, I know.

But, for the next few weeks at least, and maybe months, there's an unusual experience to be had along the southern coast of the Yucatan Peninsula in Mexico.

As I saw firsthand on Tuesday during a visit to Costa Maya, Mexico — the normally bustling cruise port near Mexico's border with Belize — you can have an entire Mayan ruin site almost to yourself.

Open to visitors since 2002, it's normally jammed with cruise tourists on half-day tours from cruise ships visiting Costa Maya. But when I visited it on Tuesday, it was almost empty.

There have been so few tourists to this part of the Yucatan since cruise ships shut down operations in early 2020 that they didn't even bother to reopen Chacchoben to visitors until Tuesday.

The return of cruise ships

I arrived at Costa Maya on Tuesday morning aboard Celebrity Cruises' Celebrity Edge -- the very first cruise vessel to stop at the port since the COVID-19 pandemic began in March 2020.

In a normal year, Costa Maya is the second-busiest cruise port on the Caribbean side of Mexico, drawing more than 1 million cruise visitors a year. But right now, it's essentially a ghost town.

More than almost any other tourist area in the Caribbean, Costa Maya and its environs rely almost entirely on cruise ships to deliver visitors. When cruise ships stopped arriving last year, the area's entire economy essentially shut down. It's now just starting to ramp back up in a very modest way.

For all of July, the port only is expecting only three cruise ship visits -- two from Celebrity Edge and one from a Carnival Cruise Line vessel, Carnival Breeze.

In pre-coronavirus days, it often would get three cruise ship visits in a single day.

It wasn't until we arrived at Chacchoben that I realized we would be the only people there.

The tour bus that had taken me and 25 of my fellow Celebrity Edge cruisers from the port of Costa Maya pulled up to a mostly deserted entrance area carved out of a jungle. There was a small, open-air souvenir shop that had opened just for us, with only a few sales people, and a bathroom with an attendant. But there were no other tourists in sight.

Our guide, Leticia Alonzo, led us down an empty path through stands of sculpture-like strangler fig trees to a clearing in front of a soaring, pyramid-like temple. Again, the area was completely devoid of tourists.

Stopping for a moment to let us soak in the magnificent structure, Alonzo talked about the complex culture of the Mayans who lived here more than 1,000 years ago, and the ritual practices of sacrifice that took place here.

Leading us farther into the site, down another jungle path with no signs of other humans, she pointed out large, tree-covered mounds that we learned were additional temples yet to be excavated. Nearby, she showed us low-lying structures that were the homes of Mayan nobles.

In the ruin complex's most spectacular area, an opening in the jungle that was home to two large temples, she let us roam for a time on our own. We had the place completely to ourselves.

Alonzo suggested the area finally was waking up from a long, dark winter.

"Many people lost their jobs," she said of the months when no cruise ships came. "They did anything they could do to survive."

For now, as I was seeing firsthand, the tourist arrivals here are just a trickle. Alonzo said Chacchoben used to get nearly 20 buses full of tourists a day.

"Today, we only had one," she said. "But we had to begin with something. One was enough. One was good."

TPG’s Gene Sloan is reporting live from Celebrity Edge this week as it sails to Mexico and the Bahamas. You can find all his dispatches from the ship at his author’s page.

Related stories
Amazon is launching a 2nd Prime Day sale in October — here are 4 things you need to know
Limited-time way to get half-off Virgin Voyages sailings, plus more perks for Bilt cardmembers
Here's what happens when Disney World is hit by a hurricane
MileagePlus members can't book most Lufthansa award space — here’s what we know
Featured image by The Mayan ruins of Chacchoben near the port of Costa Maya, Mexico. (Photo by Gene Sloan/The Points Guy)
Editorial disclaimer: Opinions expressed here are the author’s alone, not those of any bank, credit card issuer, airline or hotel chain, and have not been reviewed, approved or otherwise endorsed by any of these entities.