How to cruise like Meryl Streep in 'Let Them All Talk' 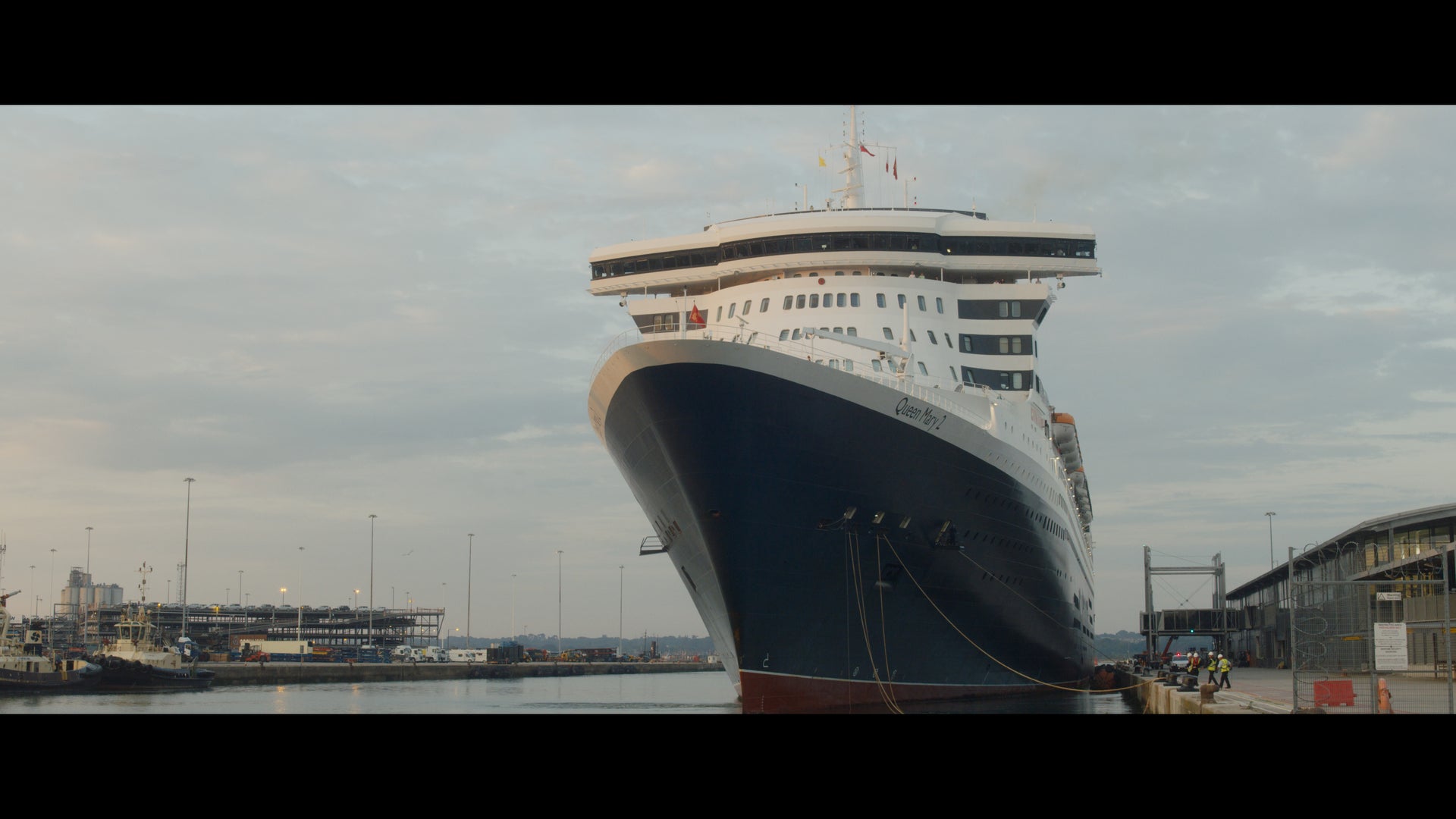 How to cruise like Meryl Streep in 'Let Them All Talk'
This post contains references to products from one or more of our advertisers. We may receive compensation when you click on links to those products. Terms apply to the offers listed on this page. For an explanation of our Advertising Policy, visit this page.

Are there really passenger ships with two-story-high apartments?

If you've never taken a cruise before -- or even if you have -- you might be asking that question after watching "Let Them All Talk," the new Steven Soderbergh film opening today.

Much of the movie takes place on Cunard Line's iconic Queen Mary 2, where one of the main characters, Alice (played by Meryl Streep), stays in a sweeping, two-story-high apartment with a massive living room area and a separate bedroom complex.

If you've ever been on a cruise, you know that's not normal. Most passenger ship cabins are notoriously small as compared to land-based hotel rooms. On ships, space is at a premium.

But Streep's room in the film was no fictitious creation of a set designer. The cabin scenes in which the famed actress appears -- and there are several -- were filmed on location in a real suite aboard the 2,691-passenger Queen Mary 2 that anybody can book.

In other words, you, too, can cruise like Meryl Streep in "Let Them All Talk." Assuming you have some serious cash to plunk down.

Dubbed the Windsor Suite, the complex where Streep's character stays in the film normally costs well over $1,000 per person, per night.

If that seems too steep for you, you always can consider a smaller "balcony cabin" such as the one occupied by another character in the film, Roberta (played by Candice Bergen). Balcony cabins on Queen Mary 2 often are available for around $200 per person, per night.

Another character in the film, Tyler (played by Lucas Hedges), is relegated to a windowless "inside" cabin, and those are even less expensive.

But let's talk about that Windsor Suite for a moment. It's one of five massive "Queens Grill Duplexes" at the back of Queen Mary 2 that are among the biggest and most elegant accommodations at sea. Some of them measure up to 2,249 square feet -- nearly as much as the average American house.

The Windsor Suite, specifically, measures about 1,600 square feet and features all the accouterments of luxury apartment living -- from a private bar to multiple marble bathrooms (one with a whirlpool tub) and a walk-in bedroom closet.

The giant living area that you can see in Streep's apartment includes a living room-like space and a separate dining area. The latter is where you see Streep and Hedges (whose character is the nephew of Streep's character) talking over breakfast in multiple scenes.

Presumably, they had ordered room service, which is available around-the-clock on the Queen Mary 2 at no extra charge. If you're staying in one of the Queens Grill Duplexes, it'll be brought to you by your own private butler.

Meanwhile, if you look closely during some scenes in the living area of the Windsor Suite, you'll see a spiraling staircase in the background. This leads up to the suite's sprawling bedroom complex. One of the crazy things about this bedroom complex is that it has two separate bathrooms. There's also a separate desk area.

All in all, the Windsor Suite is quite the fancy cruise ship digs -- although we do wonder why Streep's character, a world-famous author, wasn't staying in the even bigger, two-story-high Balmoral Duplex located right next door.

Maybe it already was booked. In an impressive feat of film-making, Soderbergh, Streep, Hedges, Bergen and two other main co-stars -- Dianne Wiest and Gemma Chan -- shot much of the movie in just days while on an actual cruise with paying passengers.

The film team traveled across the Atlantic from New York to Southampton, England, on Queen Mary 2 on one of its iconic trans-Atlantic sailings. Soderbergh shot the film using natural light and minimal equipment, as passengers wandered around in the background.

In case you're wondering, the sailing on which they filmed took place in 2019 before the cruise industry began shutting down due to the new coronavirus.

If you're a ship lover, it's a must-see movie. Pretty much the entire film takes place on Queen Mary 2, and just about every major venue on the ship gets a cameo.

The backstory that gets Streep and company onto the ship, not that it even matters, is that her character needs to go to England to receive a literary award, and she can't fly -- for reasons you'll find out during the film. She then brings along some old friends and her nephew. Her literary agent (Chan) sneaks on board for good measure.

There are recurring scenes in Queen Mary 2's magrodome-covered Pavilion Pool on Deck 12, where Streep is seen on daily swims. The exclusive Queens Grill restaurant on Deck 7 also appears in multiple scenes. It's where most of the main characters meet regularly for meals -- an element of the film that Cunard aficionados will note doesn't quite jibe with reality.

Streep and Wiest's characters would normally have access to the Queens Grill, due to their higher-end cabin accommodations. But the rest of the characters wouldn't, given their lesser cabins. Queen Mary 2 has a bit of a class system.

We'll let it slide, as we loved Soderbergh's cinematography in so many ways. Let Them All Talk is like one big promotional film for all that's wonderful about sailing on Queen Mary 2.

There's a scene with Hedges and Chan in the ship's Illuminations planetarium -- one of the most wonderfully unexpected attractions on a passenger ship anywhere. We also see them dancing the night away in the vessel's G32 nightclub.

There also are multiple scenes at my favorite spot on Queen Mary 2, the rows of game tables that are along the windows just outside of the planetarium, on Deck 2. It's a wonderful oasis on a sea day, where you can watch the waves at eye level while relaxing with a game of Scrabble or Monopoly.

Speaking of which, those are exactly the games we see Bergen and Wiest's characters playing at one of the game tables in two different scenes. Oh, to be there with them.

There also are some wonderful scenes in Queen Mary 2's forward-facing library, another one of my favorite spaces on the vessel. It has windows with truly magnificent views overlooking the bow. We see Chan's character here at one point, talking to another passenger, and Streep's character also stops by to explore the space.

Soderbergh's camera also captures spectacular behind-the-scenes moments in the ship's galley and other normally-off-limits-to-passengers areas. There's a great scene where Streep's character accidentally wanders into a crew area (and, as would be the case for any passenger, is quickly redirected back to the passenger zones).

I've been on three Queen Mary 2 crossings as well as part of an around-the-world cruise on the ship, and I found the film perfectly captures the allure of a voyage on this Grand Dame of the passenger shipping world -- particularly what it's like to be on a trans-Atlantic voyage.

As Chan's character says early on in the movie: "It's a lovely way to travel. It's a beautiful ship."