Articles
Ashley Kosciolek has spent more than a decade writing about travel, with particular emphasis on cruises. Her favorite cities include London; Amsterdam; Krakow, Poland; Phnom Penh, Cambodia; Dawson City, Yukon; and anywhere known for outstanding pizza and theater. You can follow her daily exploits, both at sea and on land, on Instagram or Twitter @slyjabroni.
Follow
May 18, 2022
•
7 min read 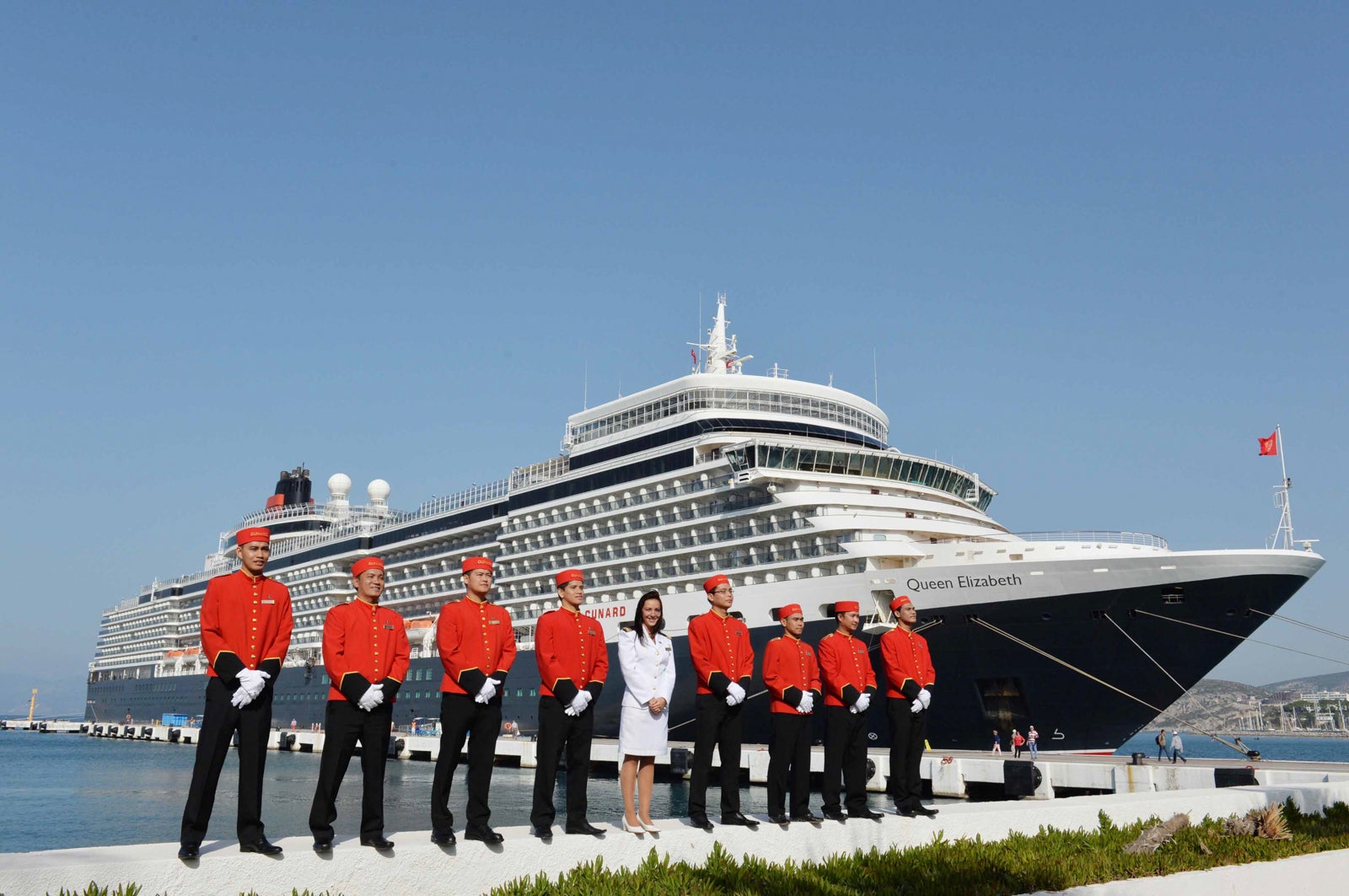 Three cruise brands are suffering from crew shortages, but the reasons the lines cite for the lack of extra hands on deck couldn't be more different. Norwegian Cruise Line's, Carnival Cruise Line's and Cunard Line's recent moves are likely examples of a broader industry staffing issue that could impact service levels on many cruise ships this spring and summer.

Norwegian Cruise Line has been forced to limit passenger capacity on its United States-based Pride of America ship, which reentered service in April and sails exclusively around the Hawaiian Islands.

As reported by Travel Pulse, NCL President Harry Sommer said the ship is currently sailing with fewer than 500 crew but usually operates with more than 900, which has prompted the line to cut back on the number of cruisers it allows on each of the vessel's voyages to allow for the level of service customers expect. Bookings for the ship are closed until at least November, and scheduled departures until that time are booked at only slightly more than half full -- between 1,100 and 1,200 passengers on a ship that maxes out at 2,186.

Given that the ship is registered in the U.S. and employs a largely American crew, it's unlikely that the shortage is being caused by visa delays, which other lines have cited as a reason for trouble bringing workers back on board.

When asked for comment, the cruise line's official statement took a different approach -- that the number of crew members is low because the capacity is low, instead of the other way around.

"We have been operating at lower capacities for initial sailings (about 40%)," the statement said. "As a result, our staffing levels have been adjusted to accommodate the number of guests on board, therefore limiting some of [the] venues available."

Last week, Cunard capped passenger capacity on an undisclosed number of Alaska and Europe itineraries into early July, meaning some passengers already booked on those sailings aboard Queen Elizabeth and Queen Victoria will be notified that their bookings have been canceled.

Cunard blames COVID-19-related flight issues, which have delayed or prevented some crew members from reaching their designated vessels.

"The wider impact of COVID-19 is affecting hospitality in general and disrupting airlines, and as such, this is impacting the number of crew members we are able to get to our ships," Cunard said in a statement.

"We are therefore limiting the number of guests sailing on Queen Elizabeth and Queen Victoria as we build crew numbers back up. Unfortunately, this means that we need to cancel a number of existing bookings.

"We expect the wider impact of COVID-19 on the hospitality industry and disruption to airlines to be relatively short term."

Cruisers bumped from their Cunard voyages due to capacity limits will receive full refunds, as well as 25% of the fare paid in the form of a future cruise credit to be used to book a new sailing by Dec. 31, 2024.

Meanwhile, Carnival said late Monday that it will temporarily close two popular restaurants across its fleet.

The Chef's Table — which offers a semiprivate, multicourse, chef-led dining experience with a hefty price tag — and extra-fee Italian restaurant Cucina Del Capitano will be shuttered (for dinner only) through at least June 30 on all vessels. The only exception will be Cucina on Mardi Gras, as it is part of the ship's complimentary dining offerings and is used as an overflow eatery for the main dining room.

The cause, according to a statement from Carnival, is related to difficulty procuring crew visas.

"Our rapid and successful restart has required us to bring back thousands of crew members in a very short time, which has increased the number of resources needed for government officials to process the large number of visa applications and slowed down our ability to fully staff some of our functions, including our culinary team," Carnival told The Points Guy in an email.

On May 2, 2022, Carnival became the first cruise line to return all of its ships to service — no small feat, particularly with limited crew — but the situation is a bit ironic.

"Carnival Splendor is the ... final Carnival ship to welcome guests back on board ... completing an impressive and successful restart of guest operations and setting the pace for the rest of the U.S. cruise industry," read a statement from the line.

Passengers who had already paid for reservations at the Chef's Table or Cucina Del Capitano on upcoming sailings will be notified of the cancellations, and they will be issued full refunds.

A summer of service woes?

If the trend keeps up, what all of this could point to is a summer where we see more capacity reduction, additional onboard venue closures or even completely canceled cruises. Alternatively, cruisers may experience longer lines, increased wait times or a general reduction in service levels from what they ordinarily expect on board.

During a conference in May, Carnival Cruise Line President Christine Duffy discussed some of the challenges Carnival Corp. brands have been facing with regard to staffing, indicating that the shortage is being caused by both visa processing lags and losing crew to other industries because they needed to find work during the cruise shutdown.

"I think the labor impact that [the cruise] industry has seen has been ... harder than any other industry," Duffy said.

"You can't operate fully unless you have enough staff. People are being creative about it, but we're not over the hump yet to say 'What is this really going to look like, and how do we get back?'"

"What worked well was the initial restart. It was all great, up until ... now. The U.S. State Department is very backed up with processing visas, so we've not been able to get people their visas that are required for them to come back to work. So we are really feeling the challenge of being able to get crew back. [Crew who] weren't called back in that first [round] ... they did get other work because there's so much demand for labor."

Duffy also said that visa issues aren't just affecting employees on ships. Carnival Corp. brands that own land-based resorts in locations like Alaska are also having difficulty staffing those properties due to processing delays.

The industry hasn't seen staffing issues this severe since January, when both Norwegian Cruise Line and Royal Caribbean were forced to cancel entire voyages due to a lack of crew, many of whom had become ill with COVID-19.

"We feel terrible when we have to cancel a vacation," Mark Tamis, Royal Caribbean's senior vice president of hotel operations, said during an interview at the time. "When we have to do something like this, we feel awful."