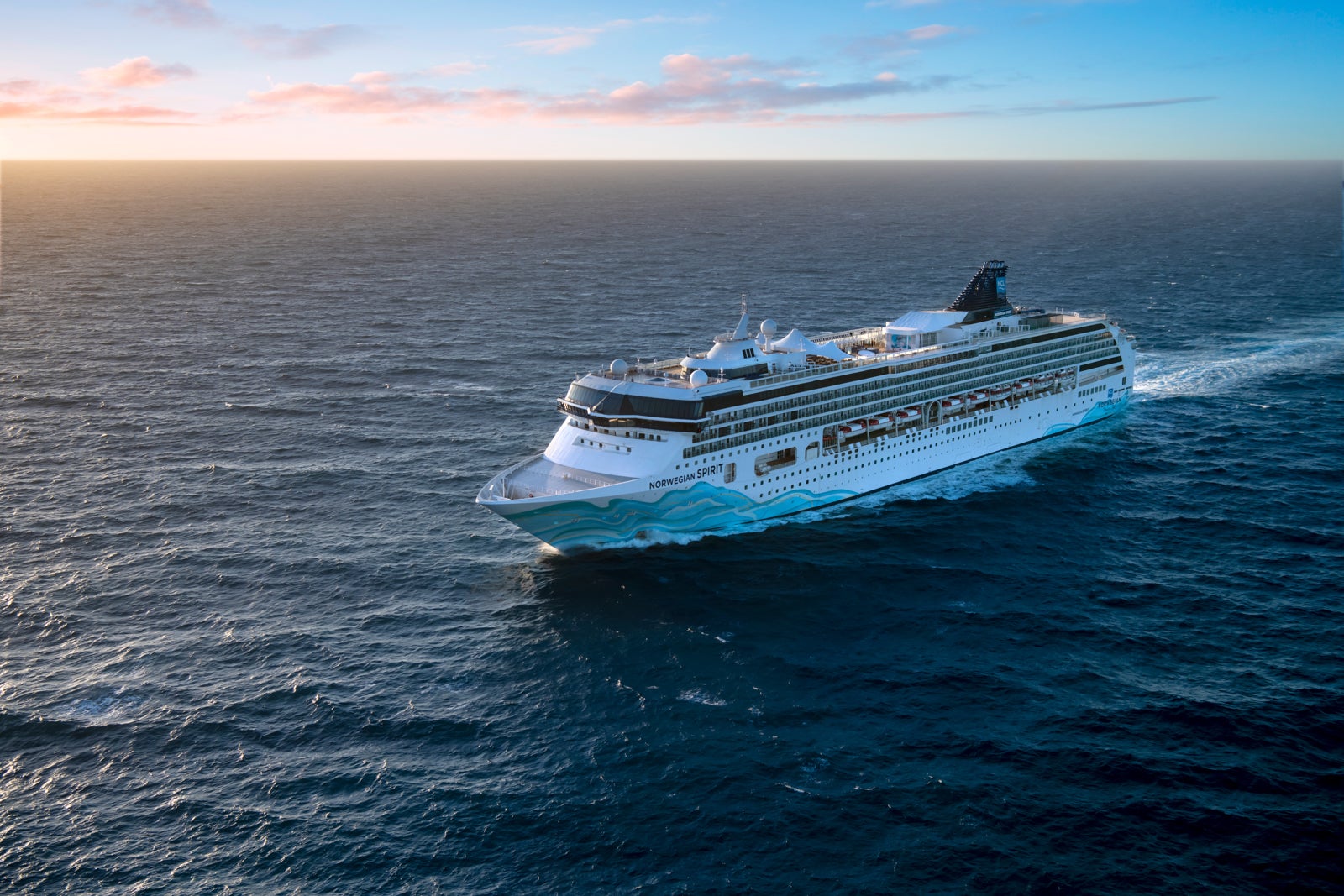 As we've written about often in recent months, there are some amazing deals available this fall for cruises. Some lines have dropped fares for Caribbean and Bahamas sailings to as low as $26 per day.

However, you won't find such wildly low rates at every brand.

In fact, as you may have noticed if you've shopped around for a cruise in recent months, one major mass-market cruise line stands out for the way it is mostly not dropping fares to rock-bottom levels.

For more cruise news, guides and tips, sign up for TPG's cruise newsletter

Among the biggest cruise operators, Norwegian Cruise Line is selling voyages at entry-level prices that are significantly higher in some cases than its three biggest competitors: Royal Caribbean, MSC Cruises and Carnival Cruise Line.

As of this week, for instance, Norwegian was offering four-night Bahamas cruises out of Florida in November and December starting at $249 per person. While that may seem very low as compared to the cost of most types of land-based vacations, it's significantly higher than the fares for similar voyages at Norwegian's biggest cruise rivals.

Cruise giant Carnival, by contrast, this week was selling similar four-night Bahamas cruises during the same months starting at less than half that amount: $113 per person. Similar sailings at Royal Caribbean and MSC Cruises started at $129 and $199, respectively.

In other words, you'll pay 120% more to get on a Norwegian ship for a quickie, four-night cruise to the Bahamas in the coming months than you would pay to get on a Carnival ship for a similar sailing. The Norwegian ship premium is 93% and 25%, respectively, when compared to Royal Caribbean and MSC Cruises vessels.

Is Norwegian's pricing team just blowing it when it comes to keeping its prices competitive? You might think that, but you'd be wrong. There's nothing accidental about what Norwegian is doing.

Norwegian and its two sister brands, Oceania Cruises and Regent Seven Seas Cruises, are very deliberately holding the line on pricing this year even as other lines are heavily discounting at times to fill ships — discounting that is being done to get occupancy on ships back up to pre-pandemic levels.

It's part of a deliberate strategy at Norwegian to keep its pricing power high for the long term, even if that means fewer bookings in the short term.

The company in recent years has concluded that it's a better long-term business bet to sell fewer cabins at higher prices than to discount wildly to get every cabin sold.

"We make no bones about [it] that we hold price," Norwegian Cruise Line Holdings president and CEO Frank Del Rio said Tuesday during a conference call with Wall Street analysts where he explained the strategy in detail. "We lead the industry by such a wide margin on price that it's almost untouchable."

Del Rio, a longtime veteran of the cruise industry, reiterated a mantra about cruise pricing that he has repeated for many years — that once a line drops pricing, it is very hard to bring it back up. Customers get used to the lower price levels when fares drop and resist efforts to increase them. He often says it's one of the central mistakes he sees his company's competitors make.

"We don't care if we're behind others by a quarter or two in terms of [recovering] load factor," Del Rio told the Wall Street analysts. "We simply won't sacrifice price, because we've seen historically that those who drop prices to ridiculous levels in order to fill [ships] take years, if not decades, to recover. And we're simply not prepared to do that."

The result of Norwegian Cruise Line Holdings' strategy this year has been noticeably lighter occupancy levels on the ships of its various brands, as its higher pricing keeps some customers from booking.

On the flip side, Norwegian Cruise Line Holdings' net per diems — the amount of money the company took in per passenger — was up 5% for the most recent quarter as compared to the same quarter in 2019, which was the last normal year before the pandemic.

In its presentation to Wall Street analysts on Tuesday, Norwegian Cruise Line Holdings noted net per diems at its main rivals were down 5% for the quarter as compared to the same quarter in 2019 — a 10 percentage point differential.

Looking at 2022 as a whole, Norwegian Cruise Line Holdings said its pricing was up 14% on average year-to-date, while pricing at its main competitors was flat — a 14 percentage point differential.

What it means for you

For those of you thinking of booking a cruise, how much money the various lines are taking in doesn't really matter. What matters is what the cruise is going to cost you — and what you'll get for that price.

The bottom line for consumers with Norwegian's pricing strategy this year is that you'll be paying up a bit to sail on one of the company's ships, in many cases, as compared to what you'll pay for a sailing with some of its competitors, at least on like-for-like itineraries.

That shouldn't be a deal-killer. Every line and ship is a little different, and judging a ship or itinerary on price alone often isn't the best way to buy a cruise. If you're eyeing a Norwegian sailing that you think is on the perfect ship and itinerary for you, it's worth paying up a bit to get the experience you want.

Another factor to take into account is that, even as it holds the line on pricing, Norwegian has been offering customers who book this year a lot of value-added perks to sweeten the deal — things like free Wi-Fi, included gratuities and credits for shore excursions. It's a way to discount without discounting, as it gives customers something of value without having to drop the base fare.

You may also find that sailing on a ship that is a little less crowded right now is worth a somewhat higher fare. Notably, Norwegian Cruise Line Holdings on Tuesday said it expected occupancies for the current quarter on its ships to be in the "mid-to-high 80% range."

The lower occupancy isn't expected to last for long. On Tuesday's call with Wall Street analysts, Norwegian executives said they expected occupancy levels to be back to normal by the second quarter of 2023.

Featured image by NORWEGIAN CRUISE LINE
Editorial disclaimer: Opinions expressed here are the author’s alone, not those of any bank, credit card issuer, airline or hotel chain, and have not been reviewed, approved or otherwise endorsed by any of these entities.