Articles
Ethan Klapper is a senior aviation reporter at TPG who focuses on the operational side of the airline industry.
Follow
March 21, 2022
•
4 min read 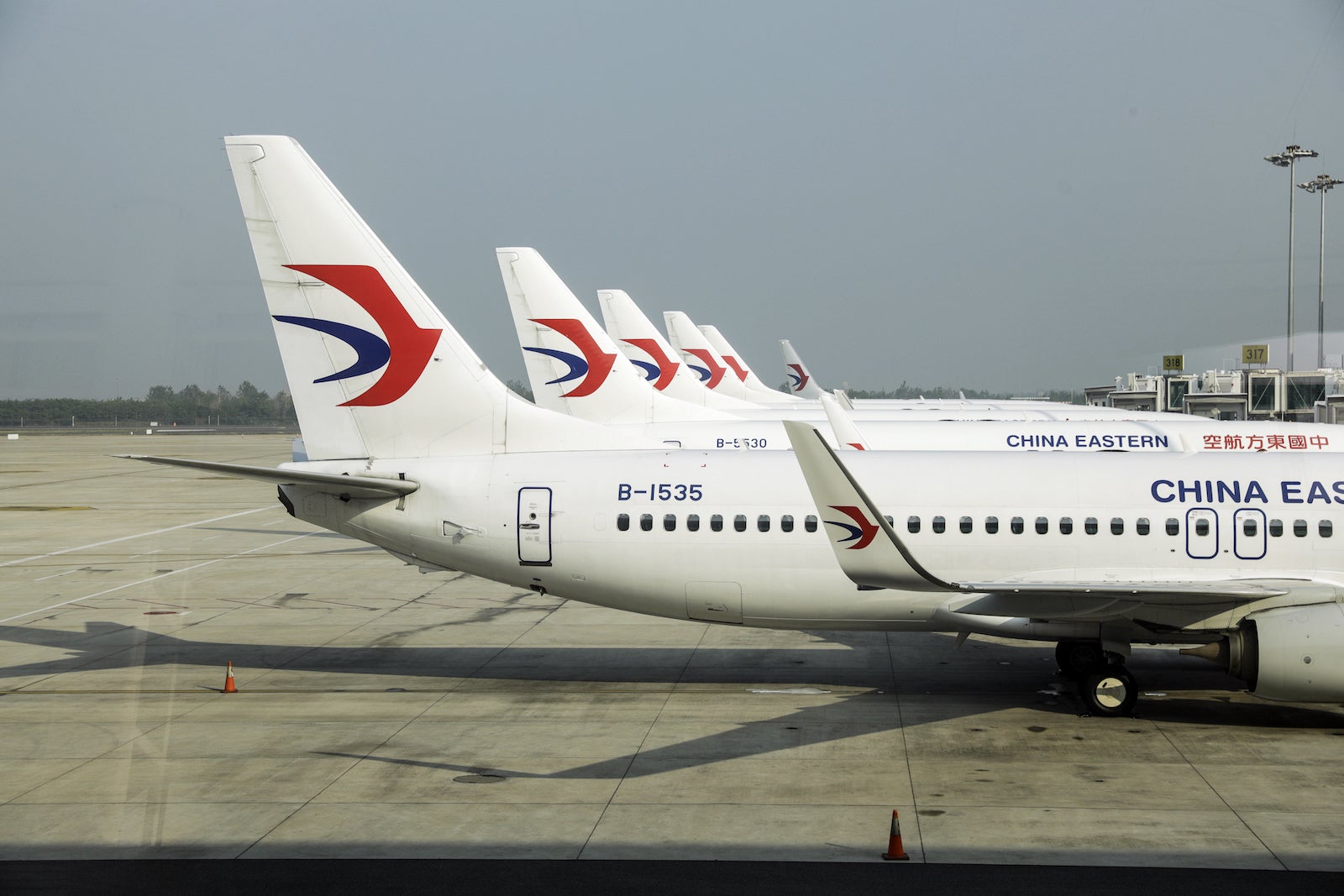 A Boeing 737-800 belonging to China Eastern Airlines carrying 132 people has in southern China on Monday, and by Tuesday, few clues had emerged as to the cause of the accident.

No survivors have been found so far. On Monday, the state-run People's Daily reported that 117 rescuers had arrived at the crash site, according to the Associated Press. China's president, Xi Jinping, called for an "all-out effort" to be made in a rescue operation.

This aircraft is not a 737 MAX — it is part of an earlier generation of 737s called the Next Generation (NG) family. The 737 MAX faced two accidents that were tied to a flight-control system, and became heavily scrutinized as a result. China’s regulators recently paved the way for the 737 MAX to be ungrounded in the country, nearly three years after the second accident. It's unclear if the 737 MAX will face further re-certification delays in China as a result of this accident, even though the accident aircraft is not a 737 MAX.

Flight-tracking data provided by Flightradar24.com shows flight MU5735 entering a steep dive from its cruising altitude of 30,000 feet, with a vertical speed of about -31,000 feet per minute, just prior to impact in China's Guangxi province. Video from the scene shows a massive fire. A vertical speed that high would indicate that the aircraft was in a steep dive before impact.

The flight was a hub-to-hub flight, traveling from China Eastern's hub in Kunming (KMG) to the airline's secondary hub in Guangzhou (CAN). China Eastern is one of China's largest airlines, operating about 1,000 flights a day, and is a member of the SkyTeam alliance.

In a statement, China Eastern confirmed the accident.

On 21 March 2022, a Boeing 737 passenger aircraft of Yunnan Co., Ltd., a subsidiary of the Company, lost contact over Wuzhou, Guangxi while performing a flight from Kunming to Guangzhou. The flight is now confirmed crashed with 132 people on board; of which 123 are passengers and 9 are crew members.

Since the plane crashed, the Company has attached great importance to the incident and immediately activated the emergency response plan. Work teams have been sent to the accident site and a dedicated emergency assistance line at 4008495530 has been launched for family members.The cause of the plane crash is under investigation and the Company will cooperate with the relevant investigations.

In a series of tweets on Monday, the U.S. National Transportation Safety Board said that it had appointed a U.S. representative to China's accident investigation, but unusually, there was no word on if this individual would travel to China to partake in the investigation. This is likely due to COVID restrictions and ongoing diplomatic tensions between the U.S. and China.

China's state broadcaster reported that China Eastern has grounded the 737-800, according to The Wall Street Journal.

The aircraft, registered B-1791, was delivered new to China Eastern from Boeing in June 2015. In a statement, Boeing said that “we are aware of the initial media reports and are working to gather more information.”

China's last deadly airline crash was in 2010, according to the AP, with China Eastern's last fatal accident occurring in 2004, when a Canadair Regional Jet crashed in Inner Mongolia shortly after departure.