Articles
Katherine Fan is a former senior travel features reporter at The Points Guy who covered everything from personal finance to travel and aviation.
Feb. 09, 2021
•
8 min read 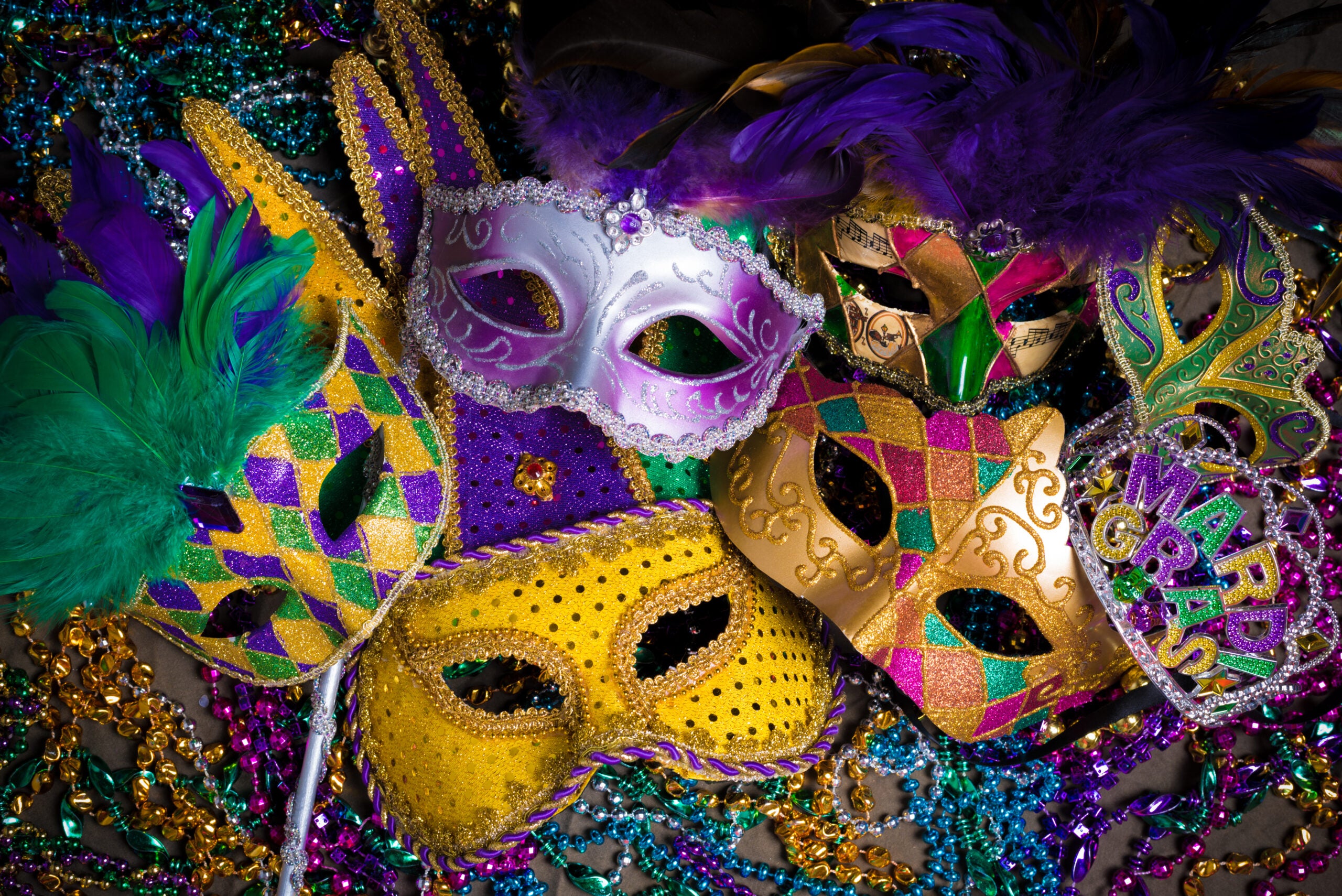 We don't have to tell you how much the coronavirus pandemic has changed the world over the past year. From closed borders to multiple aggressive strains of COVID-19 zipping across the globe, festivals have become a thing of the past.

On Feb. 16, New Orleans will celebrate Mardi Gras, one of the city's most festive religious holidays that's also the best times to chant the unofficial slogan of New Orleans, laissez les bon temps rouler — a Cajun-French saying that translates to "let the good times roll."

But in 2021, the city's usual warm welcome has been replaced with polite but firm reminders of the ongoing pandemic.

Here's what you need to know about Mardi Gras 2021 in New Orleans and how you can safely celebrate wherever you are.

As TPG's Samantha Rosen says, "Mardi Gras is so much more than just a boozy party on Bourbon Street."

Mardi Gras is "a religious holiday, a season of traditions that we celebrate every year, a time that the community comes together in formal, fun and often unexpected ways," said New Orleans Mayor LaToya Cantrell.

For the uninitiated, Mardi Gras isn't just a single-day event, even if its name — French for “Fat Tuesday” — technically means exactly that. Mardi Gras is the culmination of a month-long celebration of Carnival, the indulgent season that precedes the 40-day Lenten period of self-restraint that ends on Easter Sunday each year.

Mardi Gras weekend is actually the culmination of Carnival season, which began on Jan. 6, Epiphany, a traditional Christian feast day. Carnival extends until Mardi Gras, which lands on Tuesday, Feb. 16, in 2021.

While New Orleans is the North American city best known for celebrating Mardi Gras, it's also widely celebrated throughout regions of Europe and South America that have strong historical Catholic influence. The largest and most famed festivals take place in Rio de Janeiro, Brazil; Barcelona, Spain; and Barranquilla, Colombia. In the United States, Florida's Key West and Alabama's Mobile are also known for noteworthy Carnival and Mardi Gras celebrations.

Krewes — exclusive social clubs that organize each year's many parades — are an integral part of Mardi Gras in New Orleans, and being invited to ride on one of the parade floats is a huge honor. Many of the most popular parades are perennial affairs, including Muses, Zulu, Bacchus, Endymion, Orpheus and the King of Mardi Gras: Rex. Since parades take place on major thoroughfares throughout the city, crowds are all but inevitable.

Nightlife and live music comes after the daytime parades and can last for hours. While the city has regulated how late festivities can continue at night, private parties still crop up irrepressibly throughout the month of Carnival, culminating in frenzied merriment on Mardi Gras.

As you'd expect, pre-pandemic Carnival and Mardi Gras celebrations were often festive to the point of excess, especially with drinks and food readily available on any and every street corner. In fact, some of your wildest Mardi Gras experiences could come from open-door mansion parties offering up open bars and expansive buffets for anyone who cares to stop in.

But in an era of a highly contagious virus easily transmitted from human contact, it's safe to say that free-for-all food fests will be a thing of the past for some time, if not indefinitely.

Gathering in throngs is also a traditional hallmark of the Mardi Gras festival. "One of the more beautiful aspects of New Orleans Mardi Gras is the intimacy," said TPG guest writer John Harper in 2017, a year that boasted 33 parades marching along St. Charles Avenue alone, some extending for miles.

Yet following New Orleans Mayor LaToya Cantrell's injunctions for safety means that this year's celebration will look completely different — just like the ever-popular French Quarter has since pandemic lockdowns went into effect.

This year's modified Mardi Gras plans are "not canceled — just different," Cantrell said in a November 2020 statement. Cantrell stressed that, with coronavirus cases spiking throughout the U.S., the city would have to modify the Carnival season celebrations to keep everyone safe.

"We have done an amazing job flattening the curve, and hopefully, it will stay that way through the winter," Cantrell said. "But we are surrounded by hot spots, and we don’t know what the future holds in store for us."

As a religious holiday, Mardi Gras cannot be canceled outright. But Cantrell asked merrymakers to keep the following safety questions in mind as they planned festivities:

The city of New Orleans returns to a Phase 2 level of COVID precautions on Jan. 29, easing up on some restrictions that were imposed during the 2020 holiday season.

In addition to standard social distancing and mask requirements, indoor gatherings are still limited to 10 or fewer individuals at a time, while outdoor events are limited to a maximum capacity of 25 individuals. In both scenarios, all attendees must maintain social distance and mask up. Large-scale events, festivals and shows are still prohibited.

Create your own krewe wherever you are

As Mayor Cantrell says, Mardi Gras isn't canceled, but it will be different this year. Faithful festival lovers can still recreate some of the magic, however, by coming up with celebrations at home.

Take a tip from the New Orleans krewes, which plan individual activities for each year's celebration. It won't be the same as catching beads from floats, but cheap baubles from Amazon can add some fun for home gatherings, while bakers will enjoy trying their hand at making a traditional king cake at home.

At the end of the day, the essence of Mardi Gras is a sense of community, not just a destination. While celebrations will look different this year, some careful planning in the spirit of Fat Tuesday will help you laissez les bon temps rouler.