Carnival's Biggest Cruise Ship Ever Will Sail From New York 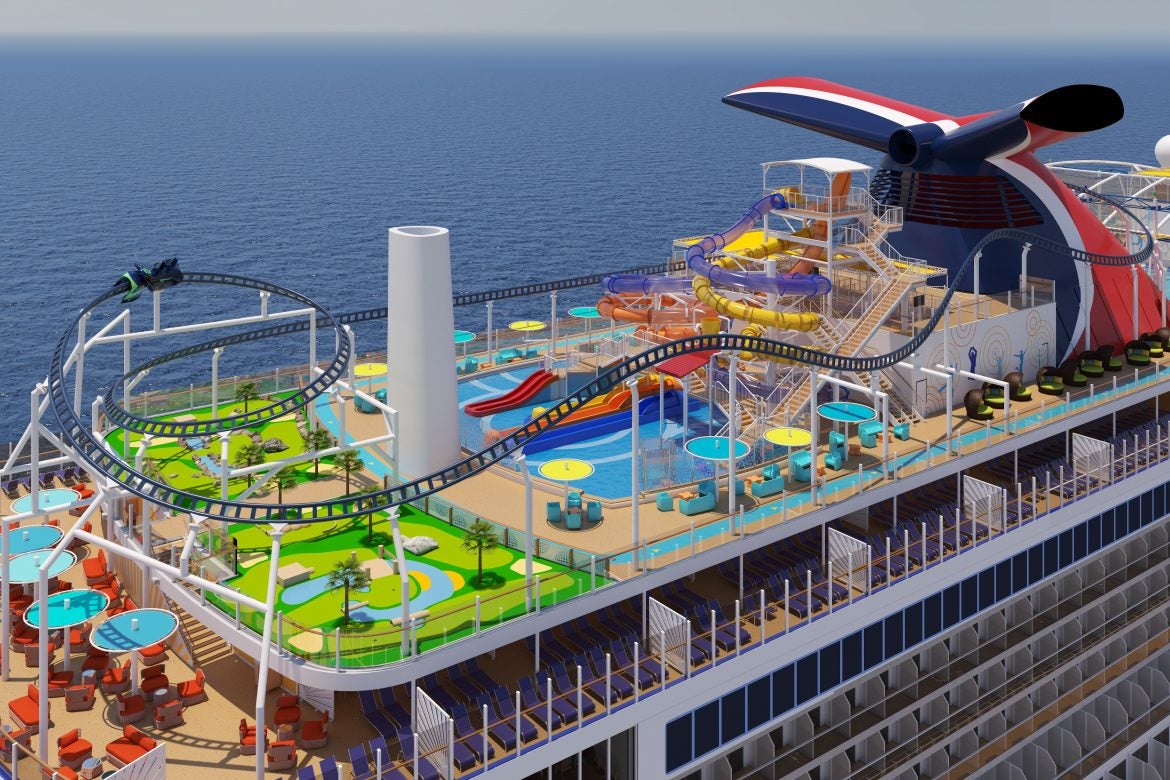 Carnival's Biggest Cruise Ship Ever Will Sail From New York
This post contains references to products from one or more of our advertisers. We may receive compensation when you click on links to those products. Terms apply to the offers listed on this page. For an explanation of our Advertising Policy, visit this page.

Cruise lines keep trying to outdo each other in every way possible.

The biggest Carnival Cruise Line ship ever will debut in Europe next year, and offer two voyages from New York City before heading to its permanent home at Port Canaveral, Florida.

At 180,000 tons, the 5,200-passenger Mardi Gras will be the world’s sixth-biggest cruise ship at the time of its arrival and by far the biggest vessel ever for the so-called “Fun Ship” line. It's named after Carnival’s first ship, which sailed for the line from 1972 to 1993.

The Miami-based line said Mardi Gras will kick off its inaugural season on Aug. 31, 2020 with a nine-night Baltic voyage from Copenhagen, Denmark to Southampton, England. The itinerary — an unusual one for Carnival — will feature calls at Kiel, Germany; Gothenburg, Sweden; Oslo, Norway; Rotterdam, The Netherlands; Zeebrugge, Belgium; and Le Havre, France.

Mardi Gras then will operate a 14-night transatlantic journey, starting on Sept. 9, from Southampton, England to New York City. The ship will stop at Las Palmas and Santa Cruz de Tenerife in Spain's Canary Islands; and Funchal and Ponta Delgada in Portugal's Azores.

While based in New York City, Mardi Gras will operate a single, six-night voyage (beginning on Sept. 24) to New England and Canada before turning south for a longer Caribbean sailing.

Once in Port Canaveral, Mardi Gras will operate a single, eight-night Caribbean voyage before beginning a year-round series of alternating, seven-night eastern and western Caribbean trips.

For travelers more interested in the ship's amenities than its ports of call, Carnival has already announced a number of unusual features for Mardi Gras, including a deck-top roller coaster: an industry first. To be called BOLT: Ultimate Sea Coaster, the 800-foot-long attraction twists around the ship’s funnel and hits speeds of nearly 40 miles per hour.

Mardi Gras will also stick to the theme with a New Orleans-themed French Quarter lined with bars, restaurants and music venues that will include a jazz club (of course). It’ll be one of six themed “zones” on the vessel that also will include a new-for-Carnival space called Grand Central. Taking the place of a traditional atrium, Grand Central will be a three-deck-high entertainment complex that’s home to Carnival’s signature Punchliner Comedy Club, a piano bar and expanded versions of the line’s Asian eateries Bonsai Sushi and Bonsai Teppanyaki.

Carnival says it will reveal more details of the six themed zones in the coming months.

Mardi Gras is the line's first-ever XL-class ship, and an as-yet-unnamed sister ship is already slated to debut in 2022. Though these vessels are massive, they're still dwarfed by Royal Caribbean's mammoth Symphony of the Seas: the world’s largest cruise ship by gross tonnage (228,021 gross tons).

Mardi Gras is open for booking now with fares for seven-night Caribbean sailings starting at $599 per person, based on double occupancy and not including taxes, fees and port charges. The ship’s maiden voyage from Copenhagen is priced from $1,329 per person.

Because redeeming points for cruises at a good value can be difficult, use one of the best credit cards for cruises and watch out for bonus categories and bonus offers if your 2020 travel plans include cruising on Mardi Gras.