Articles
Bill Fink is a senior writer for The Points Guy covering travel news, trends, and cool adventures. His award-winning stories have been featured in AARP, BBC Travel, Frommer's, Lonely Planet, National Geographic, Outside, Yahoo Travel and many others.
Follow
April 29, 2022
•
5 min read 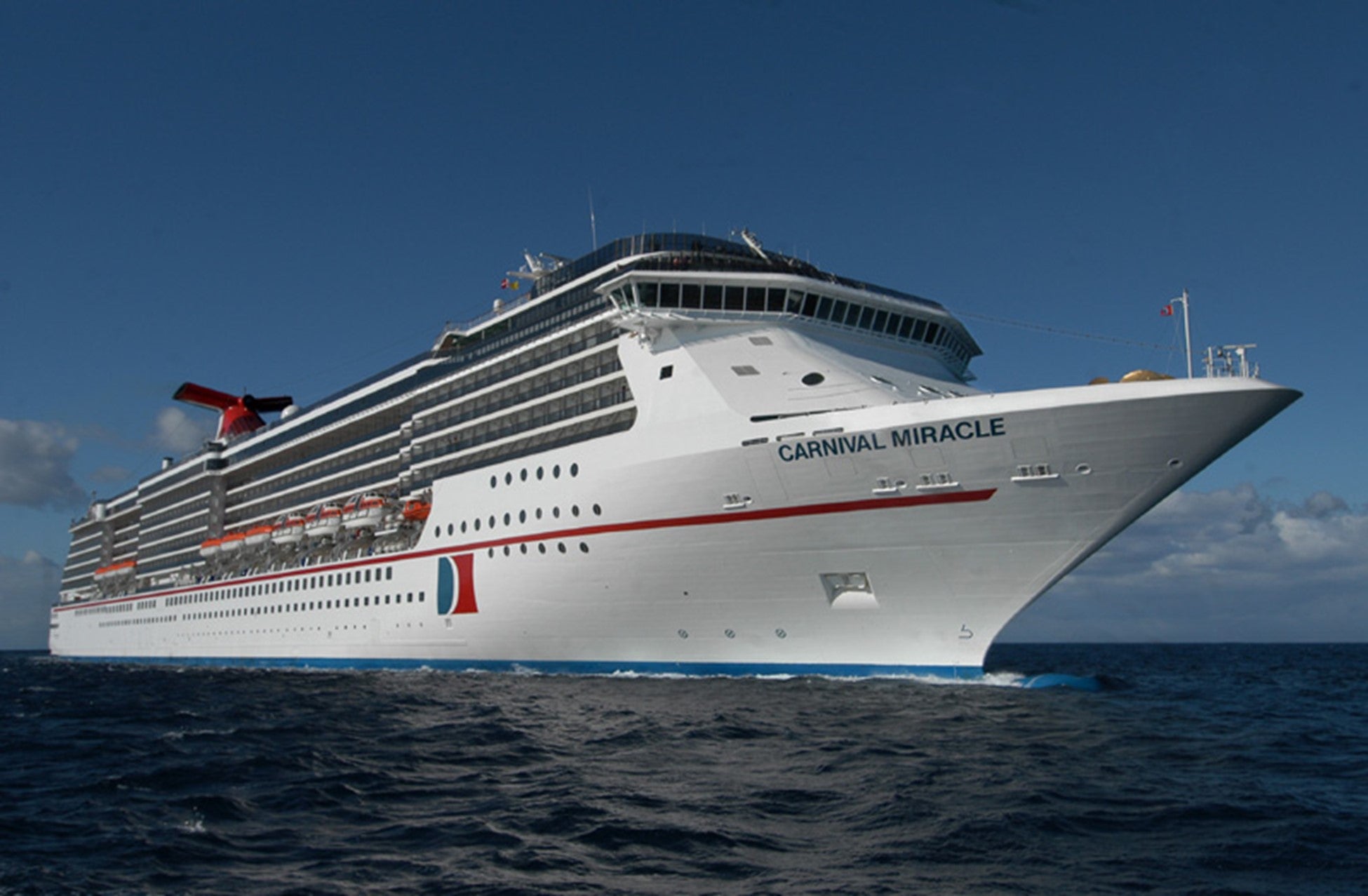 Add San Francisco to the list of home ports at Carnival Cruise Line.

The world's second largest cruise brand on Thursday launched its first sailing from the California city since it founding in 1972 — a four-night trip to Baja, Mexico.

The round-trip voyage, which includes just a single call in Ensenada, Mexico, is taking place on the 2,124-passenger Carnival Miracle, which will be based in San Francisco through late summer.

The vessel will spend the coming months operating a series of 10-day Alaska cruises out of the city with a few four- to five-day Baja trips added into the mix. It'll finish the season in San Francisco with a 15-day cruise out of the city to Hawaii in September.

The new itineraries out of San Francisco were announced in 2018 and initially scheduled to start in 2020 but later delayed due to the COVID-19 pandemic.

"After years of anticipation, Carnival Cruise Line is thrilled to be sailing out of the Port of San Francisco for the first time," Carnival President Christine Duffy said Thursday in a statement.

The new itineraries are beginning as Carnival prepares to operate with its entire fleet for the first time in more than two years. Like all major cruise lines around the world, Carnival shut down operations in March 2020 as the pandemic began and didn't begin returning ships to service for many months.

All 23 of the line's ships will be back in operation as of Monday.

Catering heavily to a drive-in crowd, Carnival already is known for the most diverse array of U.S. home ports of any major cruise line. The line's biggest operations are out of PortMiami and Port Canaveral in Florida; Galveston, Texas; Long Beach, California; and New Orleans — all major cruise hubs. But you’ll also find Carnival ships in such secondary cruise ship ports as Baltimore; Charleston, South Carolina; Mobile, Alabama; and Jacksonville, Florida.

Carnival's new deployment is a major development for cruising out of San Francisco, which never has been a big home port for cruise ships.

"The Port of San Francisco is proud to welcome the Miracle to its newest homeport," Port of San Francisco Executive Director Elaine Forbes said. She added that having the ship based there will draw "thousands of passengers and crew to our city, helping to drive the economic recovery of the waterfront," including "the network of mostly small and family owned businesses in Fisherman's Wharf and the Embarcadero."

San Francisco also soon will become the home port for Princess Cruises' 3,560-passenger Royal Princess. It'll arrive in San Francisco in September after finishing its Alaska cruise season. Royal Princess will be sailing on cruises from San Francisco south to Mexico and north along the California coast up to the Pacific Northwest.

The San Francisco port authority has scheduled a record 129 cruise ship port calls in the city for 2022, a boon for the local economy. The San Francisco mayor's office estimates that pre-pandemic, in 2019, San Francisco welcomed 280,000 cruise visitors, contributing $27 million to the city.

"The return of cruises to and from San Francisco is an important step forward in our recovery and yet another positive sign for the city’s tourism and hospitality industry," said Joe D’Alessandro, president and CEO of the San Francisco Travel Association.

Related: The 5 best destinations you can visit on a Carnival cruise

Cruises to Alaska, Mexico and Hawaii

Carnival Miracle's primary San Francisco-based cruise itinerary will be a 10-day cruise along Alaska's Inside Passage, with stops in Juneau, Ketchikan, Sitka, Skagway, Icy Strait Point, and a sail through through the stunning scenery of Tracy Arm Fjord. The ship will also dock at Victoria, British Columbia, on Vancouver Island.

Related: Everything you want to know about cabins and suites on Carnival Cruise Line ships

These cruise trips begin on May 2, with the final departure of the year starting on Sept. 5. Carnival is also offering four- to five-day cruises between San Francisco and Ensenada, Mexico, with the five-day trips including a stop at Catalina Island, near Los Angeles.

Carnival Miracle's final departure from San Francisco for the year will be a 15-day Carnival Journeys cruise to Hawaii on Sept. 15.

Related stories
Another Prime Day is coming — maximize your Amazon purchases with these credit cards
Best travel pants for women
How to earn points in the JetBlue TrueBlue program
Big news: Virgin Atlantic is joining SkyTeam alliance
Featured image by The Carnival Miracle cruise ship (Photo courtesy Carnival Cruise Lines)
Editorial disclaimer: Opinions expressed here are the author’s alone, not those of any bank, credit card issuer, airline or hotel chain, and have not been reviewed, approved or otherwise endorsed by any of these entities.