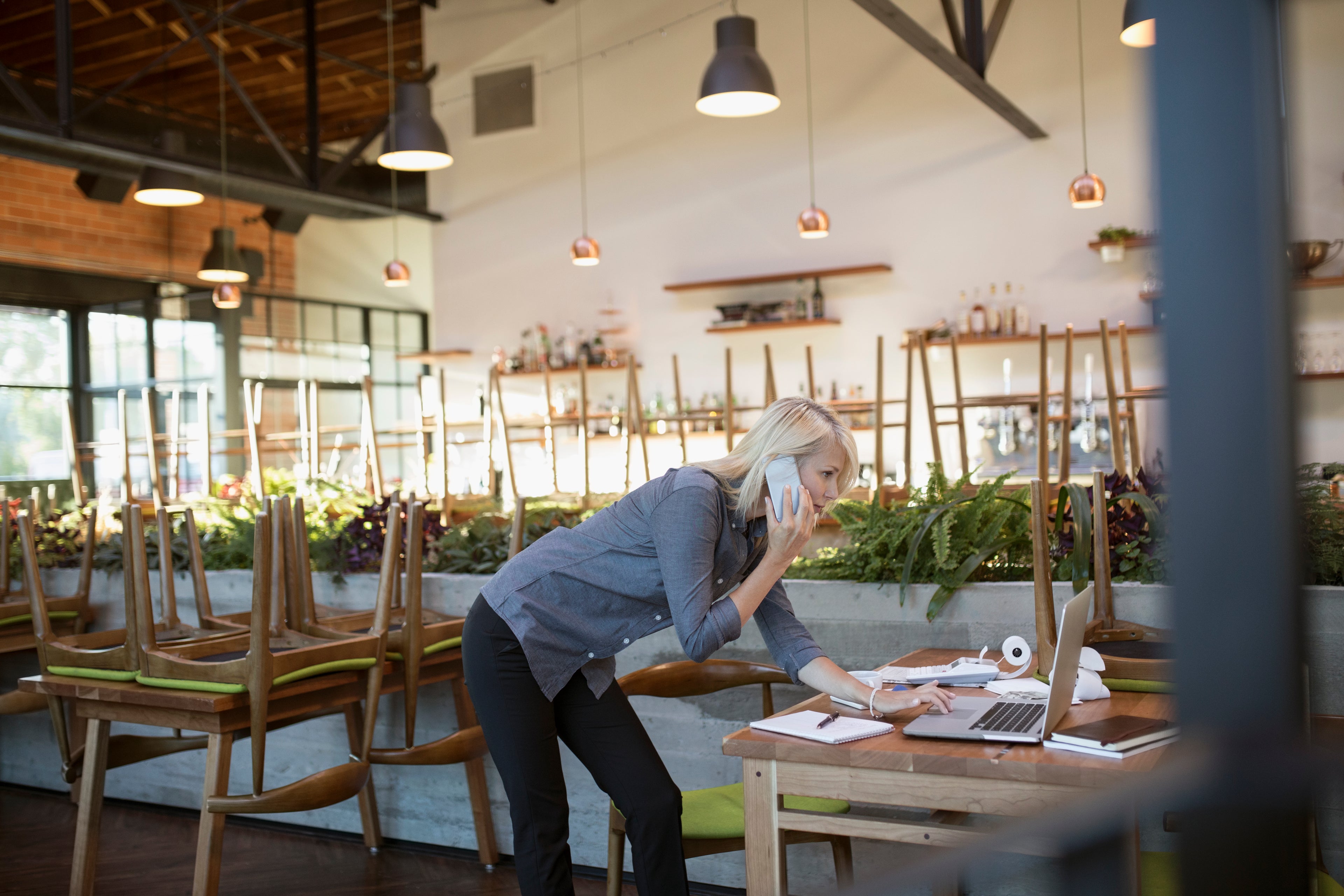 The CARES Act was designed to deliver $376 billion in relief to small businesses through a variety of new programs. Over the last couple of weeks, small business owners around the country have been met with vague guidance, little clarification and the overwhelming majority have received no money.

"I have existing SBA loans for our stores and have an established relationship with our banker," said Flip Johnson who co-owns Purpose Boutique in Silverdale, Washington, with his wife Christie. "I applied for the EIDL (Economic Injury Disaster Loan) the minute it was available in mid-March. On March 30, there was a change in the application so I applied again. Since then it's been silence."

Johnson said he's in a better position than most small businesses in his town with cash reserves and online business still doing sales. But without help, they'll eventually have to close the doors. "My bank said applications for the PPP [Paycheck Protection Program] would be available last Friday, which became this past Monday, then Thursday and now I'm just hoping today I can get it done."

His experience trying to just get applications submitted, much less approved, is shared by millions of small business owners around the country. In the TPG Small Biz Facebook group, business owner after business owner has expressed their frustrations this week on several different matters.

The EIDL $10,000 grant was supposed to be available within three days of applying. The application change on March 30 required everyone to reapply and, for the vast majority, they've heard nothing since. There's also no way to follow up on the status of an application. Further confusion was added when on April 6, a Massachusetts SBA office shared a bulletin that stated the $10,000 grant would now be given at $1,000 per employee up to $10,000 max. Few business owners have seen any EIDL grant money and those very small businesses with only a handful of employees will see little benefit from a grant of say, $3,000.

More confusion for the EIDL has bubbled up over the last few days as the program, which is still advertised as giving loans up to $2 million, has reportedly been capped at just $25,000 due to overwhelming demand. Collateral is required for EIDL loans of different levels above $25,000, but recent reports from bankers suggest the program as a whole is currently not giving out loans above $25,000.

When it came time for small businesses to utilize the Paycheck Protection Program to be able to pay employees, the situation was no better. Banks received little guidance on the program and were left to their own means to decipher how to accept and process applications. Each bank has come up with its own system and operated on its own timeline. For some banks, the ability to apply was closed before applications were even open while other banks still are not accepting them.

Funding limitations have put an added rush for small business owners as there is real fear that by the time they are up for approval, allocated funding will already have run dry. Treasury Secretary Steven Mnuchin on Tuesday asked congressional leaders to commit an additional $250 billion to the program. The motion was blocked by Senate Democrats on Thursday who are in favor of a more comprehensive funding measure that allows the program to work more effectively.

Further confusion surrounds the PPP program, specifically what calculations can be used to figure the average monthly payroll for a business from 2019. It's noted that 250% of this average monthly payroll amount is allowed to be borrowed from the SBA and if 75% of that amount is used for payroll expenses between now and June 30, the entire amount will be forgiven. Little guidance has been given to banks or borrowers on what is acceptable for the average monthly payroll calculation and business owners still have questions. Seasonal businesses, businesses that use a lot of 1099 employees and businesses that have increased payroll significantly in 2020 represent some of the many owners who are confused about what can be used.

Finding a bank that will take PPP applications from business owners who were not already established customers is now a bottleneck for many small business owners. We're seeing multiple requests per day in the TPG Small Biz group from small business leaders asking for bank recommendations because their bank either isn't set up to do the PPP or has already closed applications due to demand.

Russ Levinson owns a movie theater in New York. "Our payroll is not much, we anticipate getting about $35,000 from PPP, but we are probably closed for at least three months and then maybe open with a very small amount of business in June, July, August. Our rent is $31,000/month and EIDL looks like it will be just $25,000 or less. Landlord says, 'Pay me my rent in full.' Total money we will owe by the time we reopen equals at least $120,000. How do we survive?"

With the programs failing to help the businesses they were designed to help, there is still little talk in Washington about making the programs more effective and efficient -- beyond adding more money.

Banks are doing the best they can but share the frustration. A bank employee working directly with SBA loans took to the Reddit small business forum yesterday to express frustration:

"I have no idea what it’s like to own a business so I certainly don’t have the ability to empathize on a realistic degree. But I know that myself and the rest of my team are trying our best to help you. And it’s really, really hard to do your best at something when nobody has any idea what’s going on.

Honestly. At this point in time, everyone’s just kind of winging it. We have had no training material aside from vaguely-worded emails, half-assed PowerPoints and “very informative” FAQ sheets that answer literally none of our questions. There’s no one to reach out to for clarification or guidance. Everyone is completely inundated."

Business owners and banks continue to work overtime to try and navigate what is a very vaguely written process that puts thousands of dollars at risk for the borrower. The SBA's little clarifying guidance that has come out serves to remove as much risk as possible from banks and place all the onus on small business owners that the process was done accurately.

The SBA and banks were put into a no-win situation when they were given five days to institute what is probably the largest lending exercise in history. What remains particularly perplexing is the lack of communication from the SBA to both the banks and borrowers. There should be a daily briefing with an appointed spokesperson who briefs the day's progress, provides guidance on the most common questions and in return takes questions themself. No one expected this to run smoothly, but millions are struggling and there is nothing but silence filling the void.