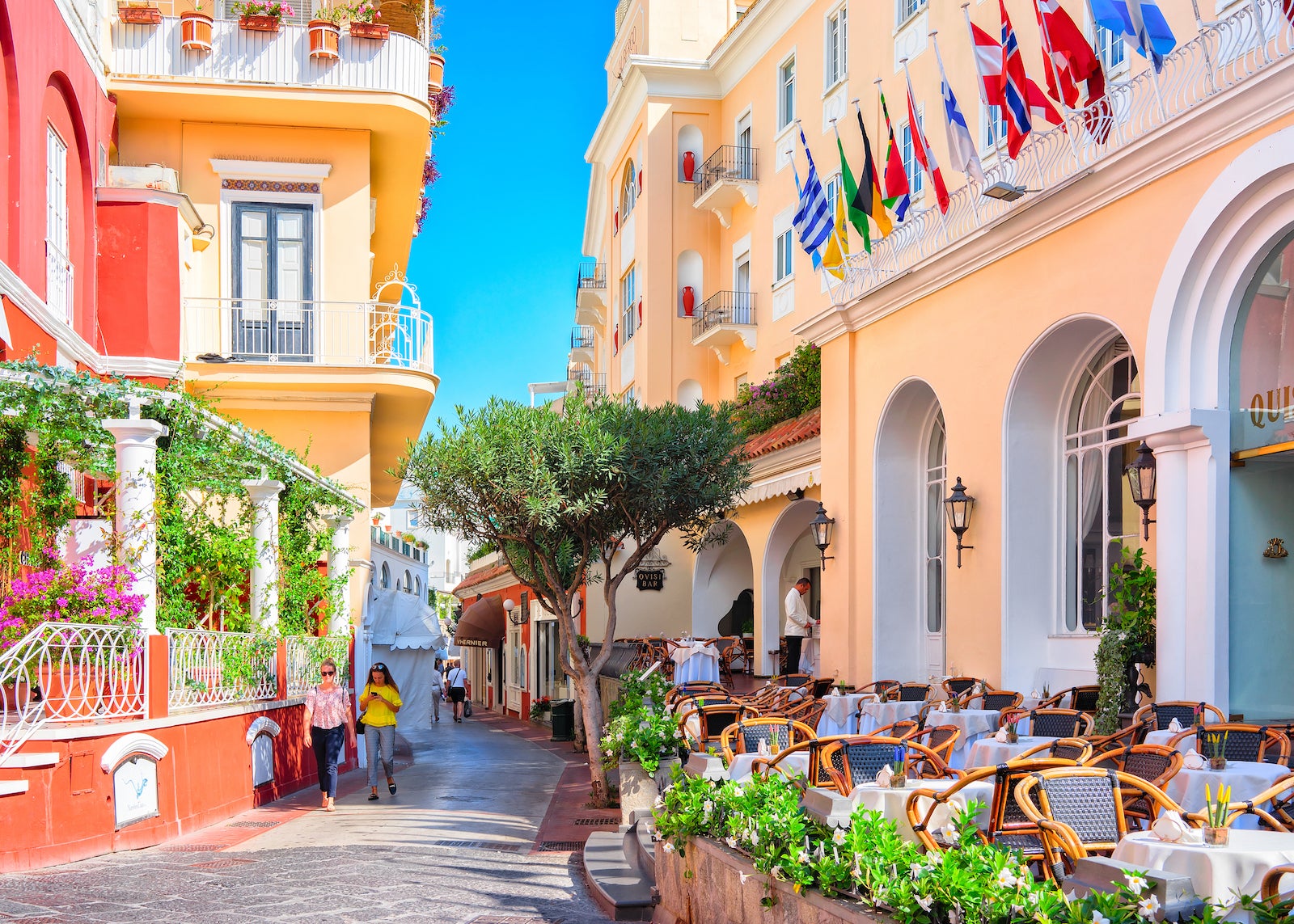 You Could Get Fined Over $500 for Bringing Single-Use Plastics to Capri
This post contains references to products from one or more of our advertisers. We may receive compensation when you click on links to those products. Terms apply to the offers listed on this page. For an explanation of our Advertising Policy, visit this page.

The Italian island of Capri is famous for its dazzling blue grotto, designer boutiques and celebrity visitors, but — as is the case with Venice, the Cinque Terre and other famous travel destinations — its popularity is leading to problems with overtourism. According to The New York Times, 2.3 million tourists visit Capri annually and the island (home to just 15,000 residents) is struggling to manage all the trash they leave behind.

As a solution, Mayor Gianni De Martino has approved an order banning from the municipality all single-use plastics that aren't biodegradable as of Wednesday, May 1. This includes plastic bags, plates, cups, utensils, water bottles, straws and even coffee stirrers. Anyone who violates the order can be fined up to €500 (about $560). So before you hop on that ferry, be sure to check your bags for prohibited plastics.

"Capri, for its name and its image in the world, couldn't avoid participating in an environmental sustainability initiative aimed at improving the livability not only of the highly touristic territories, but also of all the other realities that are suffering in a clearer way from the damage caused by plastic," Mayor De Martino told Capri News.

For Capri, which gets up to 20,000 tourists per day during the summer, much of the problem stems from daytrippers who arrive on ferries from the Amalfi Coast. They tend to spend a few hours, from the morning until around dinnertime, exploring the island and often leave without spending much, which isn't exactly good for the local economy. Mayor De Martino estimates that 85% of Capri's visitors fall into this category.

"This is a very fast food version of tourism," painter Antonio Palombo, who has a studio in Capri, told The New York Times.

Yet despite the crowds, the island still holds a magical sort of appeal, as it has since the days of the Roman Empire.

"I have spent a few summers on spectacular Capri and, notwithstanding the crowds, I always return. Yes, it gets busy, but staying on the island — as opposed to visiting just for the day — is a magical experience," Maria Pasquale, a Rome-based food and travel writer who pens the popular blog Heart Rome, told The Points Guy.

If you are planning a trip to Capri in the coming months, make sure not to bring any disposable plastic onto the island and consider contributing to the local economy by staying overnight. There are plenty of places to bed down, ranging from modest B&Bs to luxurious hotels such as JK Place Capri and the Capri Tiberio Palace, both of which will earn Leaders Club members loyalty points.

"At night especially, and once the daytrippers have left, you can enjoy real Caprese nightlife that starts with aperitivo in the Piazzetta and ends with drinks and dancing (even on table tops) at the historic cabaret bar Taverna," Pasquale said. "To avoid the crowds and packed beaches during the day, head out on a private boat — Capri is best enjoyed from the water."