Bread and breakast: What it's like staying in a carb-filled hotel room

Articles
Liz Hund is a former TPG writer, covering everything from the latest deal to deeper guides with a focus on beginners.
Follow
Feb. 21, 2020
•
7 min read 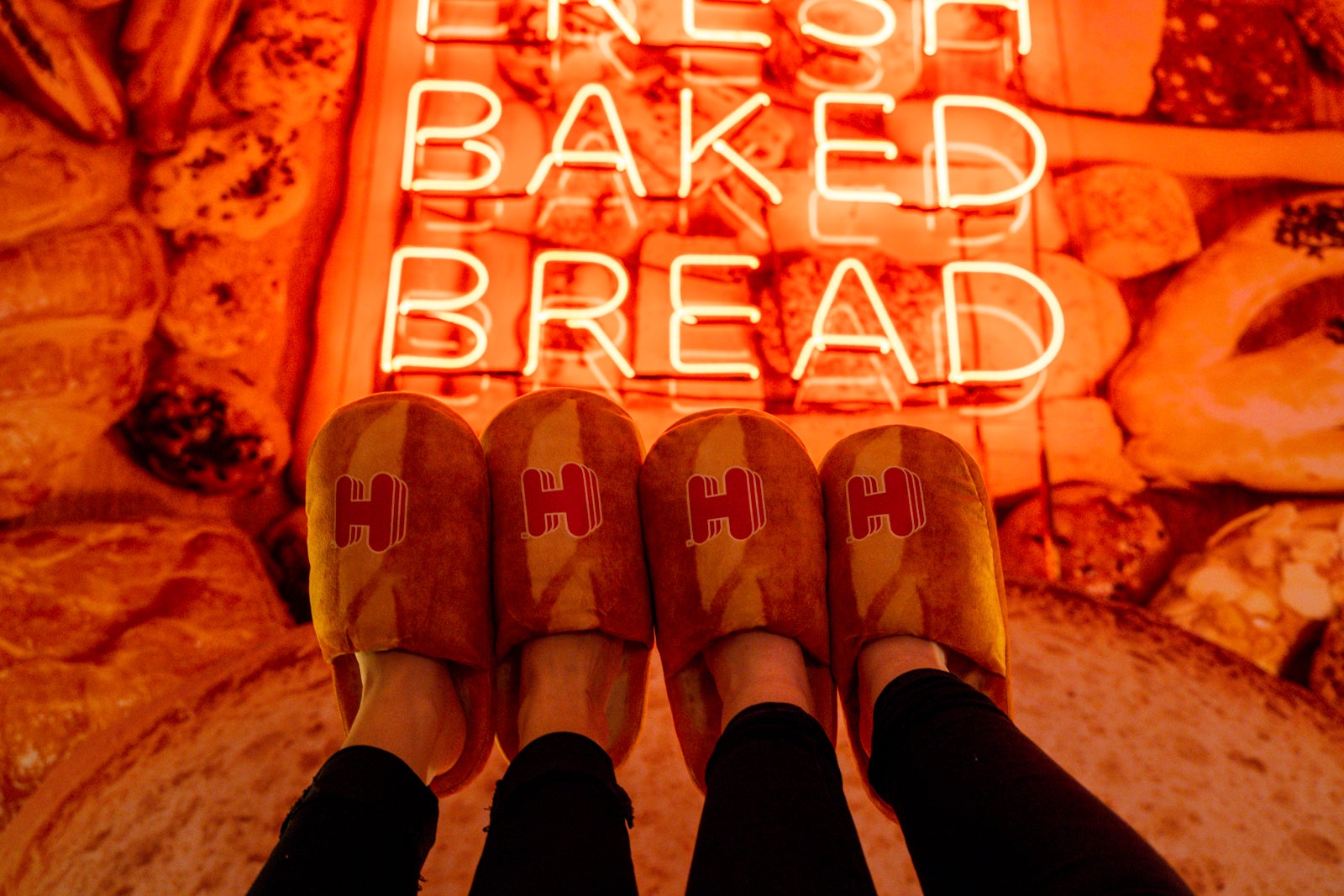 The New Year often brings resolutions for self-improvement -- things like going to the gym more or giving up carbs.

Some hotel brands, like Booking.com, have cheered on resolution-ists, but Hotels.com has been firmly anti-resolution -- so much so that they created a one-of-a-kind, carb-loaded hotel room complete with a $100 room-service credit.

Naturally, we had to book it to see just how carb-loaded this "bread and breakfast" truly was.

This room was a limited-time offer at the Refinery Hotel in New York City, so I set my alarm to log into Hotels.com at 9 a.m. on Jan. 17, the first day for booking. I picked a random Wednesday two weeks later and didn't have much trouble reserving it. The offer expired at the end of January.

Typically, the same room at the Refinery Hotel would run you anywhere from $200-$350 a night, depending on demand. My stay at the end of January, which is typically not prime tourist time in NYC, priced out to $262 a night. Unlike typical reservations, this exclusive booking included the $100 room-service credit along with some other complimentary sweet treats.

I was able to save about $11 on the booking thanks the 4% cash back with Rakuten.

The Refinery Hotel doesn't offer a loyalty program, so you're best off booking through Hotels.com. You'll earn a night toward a reward stay and 4% cash back with Rakuten. And by the way, Hotels.com frequently runs specials on its cash-back offerings. For instance, right now you can earn 9% cash back on New York and Las Vegas bookings.

Prior to checking in, I received a call from the general manager who said she was excited I was staying with them and asked what my planned arrival time was.

Around 4 p.m., I made my way to Midtown to check in, along with four of my TPG co-workers. The concierge was super friendly and offered us all water immediately. Once he realized that I was checking into the the Bread and Breakfast suite, he alerted the manager who brought over a plate of doughnuts to welcome us. Once our check-in was complete, the manager personally showed us to our room.

As soon as the door to the suite opened, a fresh bakery smell filled our noses. The manager showed us the scent machine that was pumping the smell of "buttery croissants" into the room.

It came as a shock that the aroma was coming from a machine, not the display of pastries that also welcomed us to the room.

Just beyond that was the bathroom which was decked out in bread-themed decor from the shower to the custom soap.

There were even custom robes with "Carbivore" monogrammed on the back and matching baguette slippers displayed in bread bags.

Both items were complimentary and although I don't wear my bread-themed robe and slippers too often, we were impressed by the quality. The robe was made of a soft and plush material and the slippers were incredibly cushioned — honestly, much better than the thin complimentary slippers I've gotten at a luxury hotel like the Waldorf Astoria.

The bathroom and entryway were just the introduction to the most carb-loaded room I'd ever seen. Everything had a bread theme, all the way to the bedside bread pad and pen.

Next to the bed was a couch decked out in more bread paraphernalia.

The side table had a variety of cereal offerings and of course, there was milk in the fridge to complete it.

Even the fridge was covered in bread. The bread bin did, in fact, have bread in it for toasting.

On the wall was a doughnut and bagel hanger. Typically, I wouldn't suggest eating anything off a New York wall but ... when in a 'bread and breakfast,' what's a girl to do? Shockingly, the doughnuts weren't stale, but the bagels were a different story.

Later that night we used our room-service credit to order pizza, fries and mac 'n' cheese, which came to a total of $80.

We had fun in our bread and breakfast suite, although I can't lie, the "buttery croissant" aroma did get a bit overwhelming even after unplugging.

In general, it was a pretty good deal at $261 a night, considering the complimentary in-room snacks and $100 room-service credit, though I wouldn't recommend booking this special stay if you're gluten-free.

If you missed out on this suite and are in search of tasty carbs in NYC, check out Samantha Rosen's list of the best NYC restaurants.