After an epic meltdown, is it still smart to book with Southwest Airlines?

Articles
Meghna Maharishi is an associate editor at The Points Guy. Her work has previously appeared in CNN, CNBC, The Juggernaut and Documented.
Follow
Jan. 18, 2023
•
7 min read 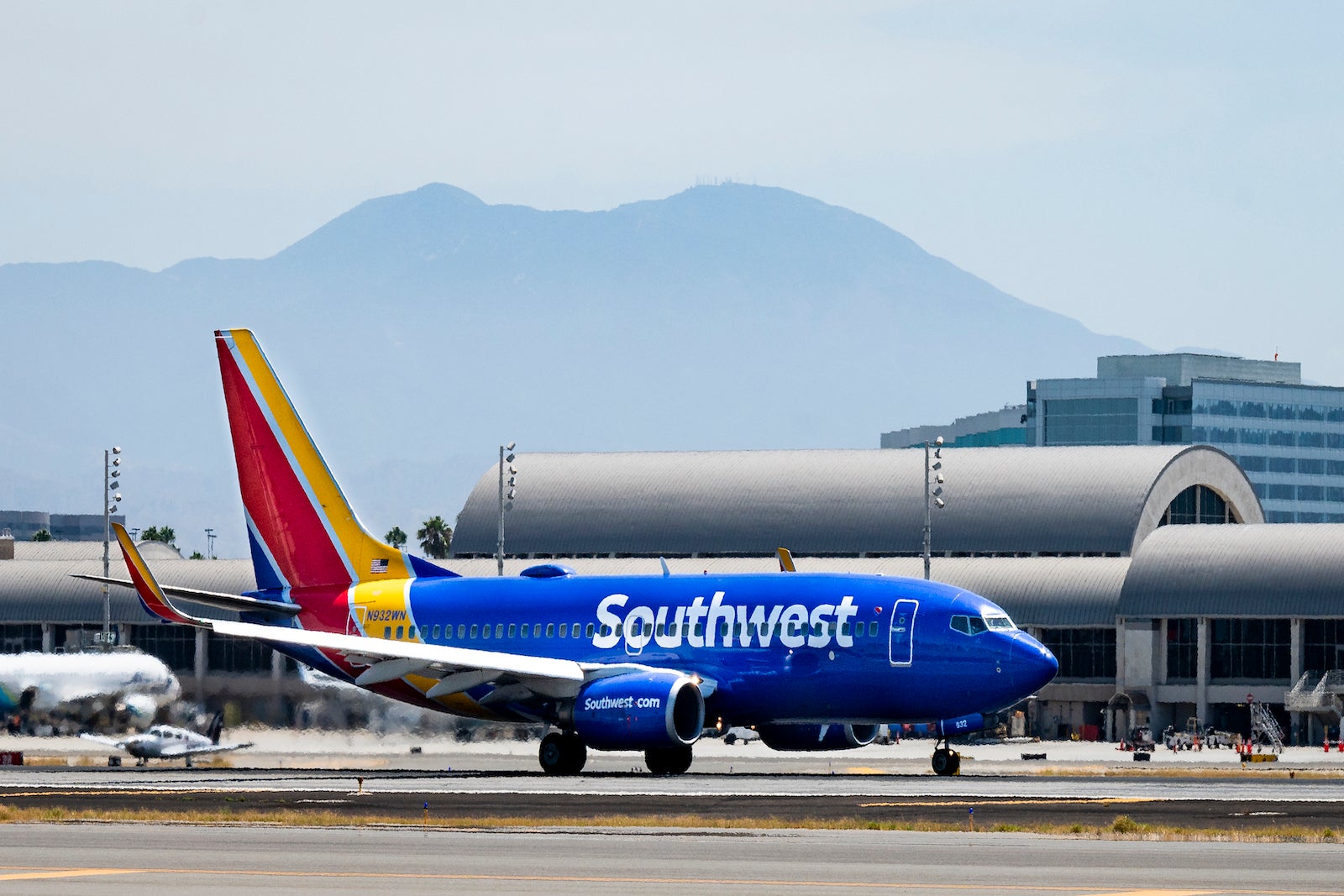 After an epic meltdown, is it still smart to book with Southwest Airlines?
This post contains references to products from one or more of our advertisers. We may receive compensation when you click on links to those products. Terms apply to the offers listed on this page. For an explanation of our Advertising Policy, visit this page.

Is it still smart to book a flight with Southwest?

That’s the lingering question on many travelers’ minds after Southwest Airlines canceled more than 15,000 flights during a holiday travel season meltdown that left customers scrambling for backup plans. Some never even made it to their destinations, abandoning their plans altogether after the cancellations left them with scant rescheduling options.

Despite the reservations some flyers may have, the short answer is that yes, it’s safe to book a flight with Southwest going forward.

TPG spoke to several travel experts and the consensus was Southwest is still the most convenient option for people in many cities, so a flight with the Dallas-based carrier isn't easily avoidable.

“Southwest is by far the most important airline in most of the midsized cities in the U.S.,” Brett Snyder, the author of the blog Cranky Flier, said.

Snyder added that Southwest also has an outsize presence in many larger cities such as Chicago, Denver, Dallas, Houston and Los Angeles.

“People would be crazy for writing off an airline because they've had a meltdown because every airline has had a meltdown,” he said.

Staying ahead of travel news is imperative in 2023, and it's easy when you download the free TPG App!

“The closest airport to me is Burbank, California,” Sumers said. “Next month, I'm gonna fly from Burbank to Phoenix on Southwest. You know, I guess I could avoid that. I could fly another airline from LAX, I could fly American Airlines. But Southwest is just so big and so important to so many places that they're hard to avoid and I don't think we necessarily need to avoid them.”

As a winter storm roiled much of the U.S. shortly before Christmas, every major U.S. carrier suffered disruptions. However, for Southwest, those disruptions continued well past the storm. For example, the airline canceled around 62% of its flights on Dec. 28, with severe disruptions lasting through the end of the year.

The carrier’s largest operational meltdown — which the company expects to cost up to $825 million — was widely attributed to a botched recovery effort following the winter storm and its outdated technology.

Making matters worse, another recent meltdown sparked by the Federal Aviation Administration’s system outage resulted in thousands of flight delays across all U.S. airlines. Though that incident was beyond the airlines’ control, it still put the subject of flight delays back in the national spotlight.

At its peak, Southwest canceled almost 50% of its flights due to the FAA outage on Wednesday, according to flight tracking site FlightAware. Other airlines, like United Airlines and American Airlines, had comparable cancellation rates to Southwest.

While these past weeks have been anything but rosy for airlines, Southwest customers have expressed their frustrations with the many cancellations and delays that snarled their travel plans.

Chelsea Lauridsen, who works in software sales and is based in Phoenix, said she’s been a loyal Southwest customer for years. However, within the past year, she said she instead booked with other airlines like American and Delta Air Lines due to the many cancellations and delays she experienced with Southwest.

“It's frustrating because I am an avid Southwest lover and advocate,” Lauridsen said. “I think they have the best customer support. I think they value their customers but something has to change.”

Lauridsen was also caught in the middle of the carrier’s holiday mess — she and her husband flew from Phoenix to Grand Cayman in the Cayman Islands for a four-day vacation. While her Southwest flight to Grand Cayman was seamless, getting back to Phoenix was chaotic.

Southwest had no available flights from Grand Cayman to Phoenix that would get her back in time for work. So, she booked her return flight to Phoenix with American instead.

“I had to be at work at 7 a.m. the next morning so I'm thankful we made it home but, you know, [there were] still delays,” Lauridsen said.

Matt Musachio, a graduate student at Chicago College of Performing Arts, was in a similar bind. He and his family were traveling during the holidays from Baltimore to Fort Lauderdale for a cruise.

Southwest canceled that flight, so Musachio and his family drove from Baltimore to Richmond, Virginia, and rented a car. They then drove for more than 13 hours to catch their cruise in Florida.

Related: How to change or cancel a Southwest Airlines flight

“We couldn't get a single other flight in any other area of Florida or the D.M.V. area, even if we tried alternate airports,” Musachio said, referring to the colloquialism for the region around the nation's capital (the District of Columbia, Maryland and Virginia).

Henry Harteveldt, a travel industry analyst and founder of advisory firm Atmosphere Research, said he believes Southwest will take a different course of action to prevent an operational failure of this size from occurring again.

“I think that the airline learned a very painful lesson during its December disruption,” Harteveldt said.

Despite the experiences Lauridsen and Musachio had with Southwest, both said they wouldn’t shy away from flying with the carrier in the future.

“We like that we can take two free checked bags,” Musachio said. “I'm going in between Baltimore and Chicago a lot, and I also like that they fly into smaller airports like Midway. It's much easier to get to for me than O'Hare.”

Southwest’s holiday meltdown was historic, but other airlines have suffered operational collapses in the past 20 years. They eventually recovered to a point where the public has largely forgotten.

One of the worst operational disruptions was the 2000 United Airlines pilot slowdown, which forced the Chicago-based carrier to cancel hundreds of flights as contract talks with its pilots and mechanics reached a monthslong stalemate. As a result, many flyers turned to American Airlines at the time because it was an easy replacement, and the slowdown at United had lasted for months.

On Valentine’s Day in 2007, JetBlue’s operation collapsed as an ice storm pounded the eastern U.S. Most airlines at the time canceled flights, but JetBlue didn’t. This consequently overwhelmed its system and led to mass flight cancellations.

The incident set the stage for the ouster of the airline’s founder, David Neeleman, and even spurred new federal rules on long tarmac delays that remain in place today. With enough time in the rearview mirror, passengers eventually returned to JetBlue, whose reputation ultimately withstood the episode.

Similar recent issues — such as Spirit’s summer 2021 meltdown and American’s November mess during the same year after inclement weather in Dallas — also generated a wave of negative headlines. The heat of the spotlight eventually faded as airlines corrected their operations and returned to normalcy.

Southwest’s operational failure during the holidays may have been the worst in the airline’s history. Still, the carrier was eventually able to resume a normal flying schedule as the calendar flipped into January.

“It's never changed travelers' behavior,” Synder said. “I mean, you have isolated meltdowns — maybe in the short term, there's a hit but it's never had a lasting impact.”

Featured image by PAUL BERSEBACH/MEDIANEWSGROUP/ORANGE COUNTY REGISTER/GETTY IMAGES
Editorial disclaimer: Opinions expressed here are the author’s alone, not those of any bank, credit card issuer, airline or hotel chain, and have not been reviewed, approved or otherwise endorsed by any of these entities.