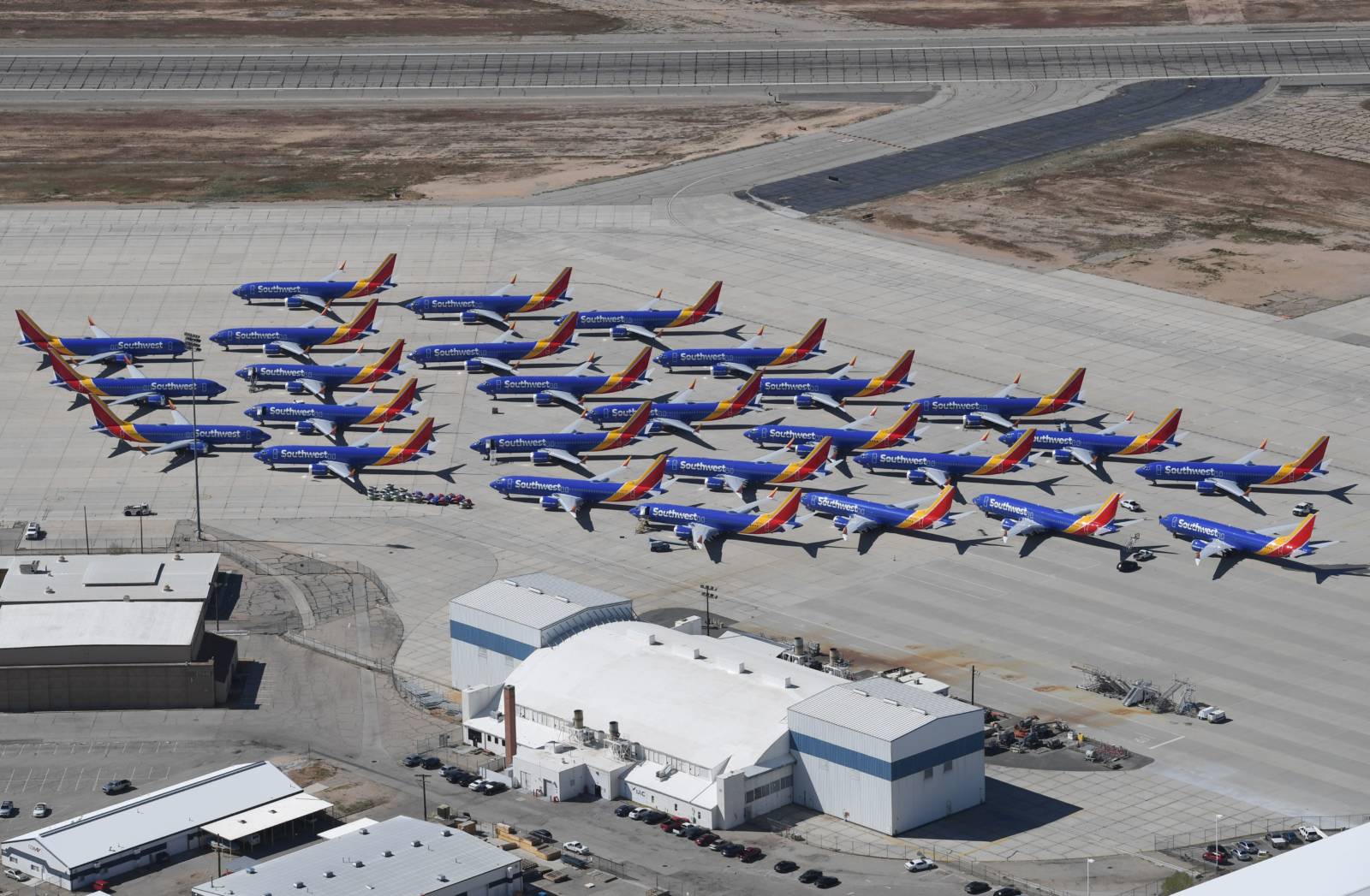 Boeing Didn't Tell Airlines a 737 MAX Safety Feature Wasn't Functional
This post contains references to products from one or more of our advertisers. We may receive compensation when you click on links to those products. Terms apply to the offers listed on this page. For an explanation of our Advertising Policy, visit this page.

Boeing didn't tell Southwest Airlines and other carriers that a key safety feature on its 737 MAX planes was not functional, a report in The Wall Street Journal says.

Government and aviation officials told the Journal that the feature, called a "disagree alert," was not operational on the planes. Southwest management and its pilots didn't know the alert system was not activated until more than a year after the airline began operating its MAX fleet, the largest in the world. Boeing reportedly informed the airline after the fatal crash of Lion Air flight 610.

Officials at the Federal Aviation Administration who oversee Southwest were also unaware the disagree alert was not operational, the Journal reports.

The alert feature is a notice that is activated on the cockpit's Primary Flight Display screen when the plane's two angle of attack vanes — two sensors located in the nose, one on each side — report errant information or readings that don't match about the angle of the aircraft nose. If the nose is detected to be pointed too high, risking an aerodynamic stall, the MAX planes have a software system called the MCAS that would automatically push the plane's nose down. Investigators say that faulty information from the MAX's angle of attack vanes, and the activation of the MCAS system, contributed to the Lion Air crash and Ethiopian Airlines flight 302 crash.

Boeing made the disagree alert light an optional safety feature on its MAX jets along with another add-on safety feature, called an angle of attack indicator, a feature that displays AOA information in the cockpit. Airlines purchasing the plane could add it for an extra cost. Neither of the ill-fated planes had the two for-purchase safety components.

Southwest, however, did pay to have the disagree light installed in its 34 MAX planes. What Boeing reportedly didn't tell Southwest or other airlines is that the disagree light was not functional without the AOA indicator feature.

Before the Lion Air crash "the AOA Disagree lights were depicted as operable (not optional) by Boeing on all MAX aircraft, regardless of selection of the AOA Indicators on the Primary Flight Display," a Southwest spokesperson told TPG in an email. "After the Lion Air event, Boeing notified Southwest that the AOA Disagree Lights were inoperable without the optional AOA Indicators on the MAX aircraft."

After receiving that information Southwest added AOA indicators to the flight decks of its MAX fleet, making the disagree lights functional.

"As we return to service, all customers will have the AOA disagree alert as standard and have the option to include the AOA indicator at no cost," a Boeing spokesperson told TPG in an emailed statement Monday. "This change will be made to all MAX aircraft" both new and already delivered to airlines, the spokesperson said. "A new software update will separate those two features, making AOA disagree alert a standalone standard feature and keeping AOA indicator as an additional customer-selected option."

*This post has been updated with Boeing's statement to TPG.