Articles
Max Prosperi is a part-time frequent flyer and travel writer and full-time student. Based in St. Louis, Missouri, Max covers a variety of topics with a focus on points, miles, and aviation.
Follow
April 15, 2019
•
9 min read 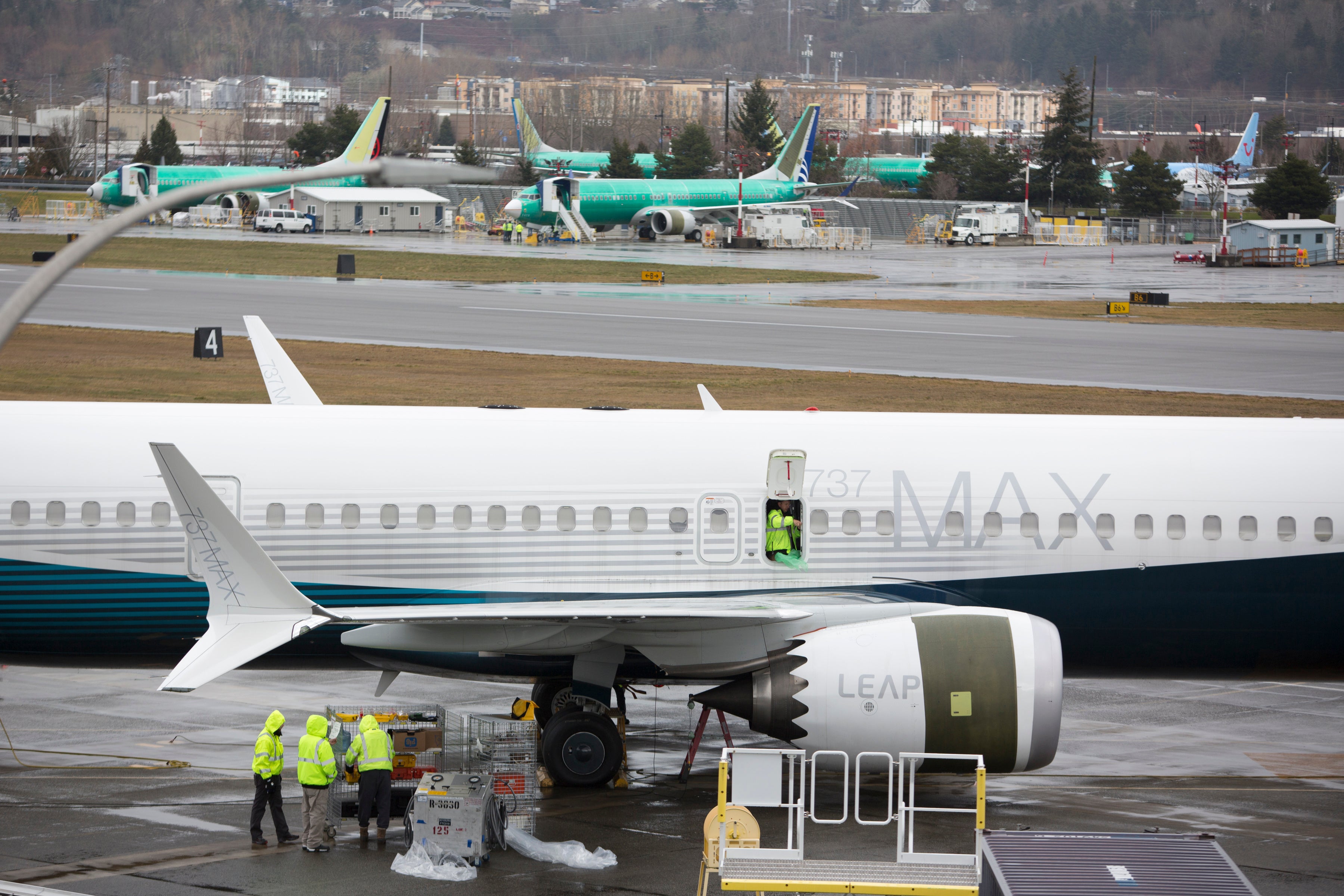 Here's When Airlines Expect Boeing 737 MAX Service to Return
This post contains references to products from one or more of our advertisers. We may receive compensation when you click on links to those products. Terms apply to the offers listed on this page. For an explanation of our Advertising Policy, visit this page.

Following the decision last month to ground the Boeing 737 MAX worldwide, airlines that operate the aircraft hoped for a quick fix. Boeing had a software update for the MAX version of the 737 in the works before the second crash of the airplane prompted the grounding, but findings from the preliminary investigation of the crash of Ethiopian Airlines Flight 302 have indicated that the MCAS stall-prevention system, which is widely considered to have played a part in both crashes, might require a more thorough fix. The grounding might extend well into the summer as a consequence.

While some airlines had initially canceled or adjusted flights operated by the 737 MAX until mid- to late April, major operators including American Airlines and Southwest Airlines have adjusted their schedules to reflect a more realistic timeline of the aircraft's re-entry into service. Here is an overview of how some major Boeing 737 MAX operators are handling the continued grounding of the aircraft.

Operating the largest fleet of Boeing 737 MAX aircraft of any airline in the world, Southwest has arguably experienced the most challenges because of rhe grounded aircraft. Just this week, Southwest Airlines updated the airline's schedule to reflect the absence of the 737 MAX from the fleet through August 5. A spokesperson from Southwest said that this date was set to "add further stability for customers booking their summer travel."

The biggest airline in the world used the MAX 8 model, with 172 seats, primarily on flights between New York and Miami, Los Angeles and Washington DC, and towards South America and the Caribbean. AA has updated its schedule to reflect the continued grounding of the 737 MAX through August 19. Like Southwest Airlines, American made the decision to adjust its schedule through August to "provide better service to our customers with availability and rebooking options," a spokesperson said. American Airlines, in addition to providing rebooking options, has substituted larger aircraft like the Boeing 757 on routes operated by the 737 MAX.

Like other airlines, American has dedicated a page on its website about the grounding of the 737 MAX. Passengers concerned with the status of their flight can learn more about how American Airlines is handling operational issues here.

Canada's largest airline has a substantial number of 737 MAX in its fleet. When the aircraft was in service, it flew to major cities in the United States and even to Europe. Air Canada updated its schedule to reflect the continued grounding through the end of July. The airline has also had to suspend certain routes and substitute larger aircraft on select routes. Additionally, Air Canada said that it is rapidly integrating two Airbus A321s it just took over from WOWAir, which collapsed in mid-March.

Norwegian Air had been using its fleet of Boeing 737 MAX aircraft on numerous trans-Atlantic flights. The airline's operations from bases in Ireland have been affected the most by the grounding. The airline has released an updated schedule regarding its flights to and from Ireland this summer.

Norwegian Air has proactively addressed issues that may arise as a result of the 737 MAX's grounding. The airline was forced to consolidate flights from Dublin to New York (SWF) and Providence (PVD) by temporarily suspending flights to Providence and providing bus transportation from SWF to Providence for affected passengers. The airline has also shifted some Boeing 737-800 aircraft to routes previously operated by the 737 MAX.

Operating the smallest fleet of 737 MAX of the three US airlines that fly the jet, United is the only operator of the larger MAX 9 variant. It has fared better than both Southwest and American following the grounding of the aircraft. A spokesperson for United said that "by using larger aircraft on those routes, we have been able to protect our customers’ original itineraries." Still, United has had to work to adjust its schedule to minimize any operational impacts.

Canada's second-largest airline, WestJet, operates 13 737 MAX primarily on longer transcontinental flights and between the airline's hubs. WestJet has managed to cope with the absence of the 737 MAX relatively well since the aircraft made up just 10% of the airline's fleet. A spokesperson for the airline said that "we anticipate limited changes to our guests’ travel itineraries."

One of the ways in which WestJet has minimized the impact of the 737 MAX absence from operations includes introducing the airline's new Boeing 787 Dreamliners with lie-flat business class on flights between Calgary (YYC) and Toronto (YYZ).

With just six Boeing 737 MAX in the airline's fleet, Aeromexico told TPG that the airline has managed to minimize operational issues as a result of the grounding of the aircraft. Additionally, a spokesperson said in a statement that, "It is expected the MAXes are to fly again in June, yet Aeromexico is waiting for Boeing and corresponding authorities to give a final resolution on the certification of the aircraft, in order to define next steps." That June date may be optimistic, considering what other airlines are doing to their schedules with the MAX.

Other airlines with the 737 MAX aircraft in their fleet include Copa Airlines, flydubai, Icelandair, TUI Fly and Turkish Airlines, among others. None of the following airlines have provided an updated timeline. The following list includes links to each airline's most recent statement and passenger updates on the 737 MAX grounding: